Operation GGO: Look at who is trying to spring Ghislaine from the clinker! 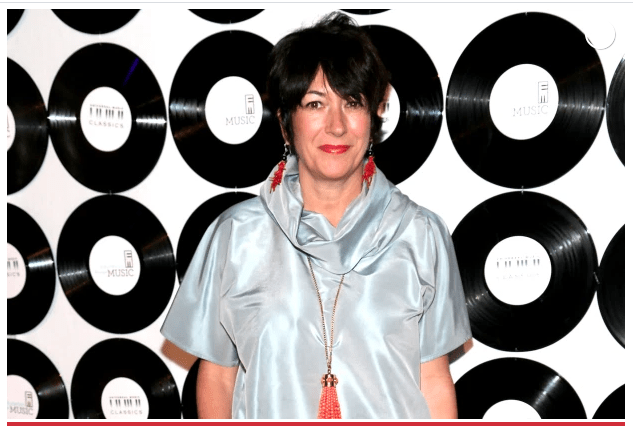 “Operation GGO” is underway. The mission: Get Ghislaine out of jail.

A friend has taken up the cause of springing Ghislaine Maxwell from her Brooklyn cellhole, claiming she is on the verge of starvation and humiliated every day by her prison-issued paper clothes.

Brian Basham is a close family friend who wants federal authorities to grant the British socialite bail while she waits to be tried for sex trafficking next summer, the Telegraph reported. Two weeks after Maxwell was taken into custody, a judge denied her bond offer of $5 million, deeming her a flight risk. She maintains her innocence.

Basham insists Maxwell has lost 25 pounds in the four months she has been behind bars, because corrections officials won’t give her the vegan diet she follows. One day, she went 20 hours without food, he told the Telegraph. When she complained, guards removed her scale.

Another point of contention is Maxwell’s wardrobe of paper clothes. Maxwell isn’t even allowed to wear a bra, Basham complained, because she is considered a suicide risk. The six charges she faces stem from her friendship with disgraced financier Jeffrey Epstein, who committed suicide in his Manhattan jail cell more than a year ago. Epstein was taken off suicide watch about two weeks before he killed himself.

Finally, Basham alleges Maxwell is stuck alone in a 9-by-7 cell with absolutely no human contact — even the jail guards have stopped talking to her — and she isn’t receiving letters her sisters have written.

That Maxwell has not been granted bail is an outrage to Basham, who pointed out convicted sex offenders Harvey Weinstein and Bill Cosby were both free while they awaited their trials.

“They were men who were a danger to women,” he told the Telegraph. “That can’t be said of Ghislaine at all.”

As for Maxwell fleeing the country on one of her three passports, Basham said: “One of the passports is a French passport. From the moment Jeffrey Epstein was arrested she could have gone to France, but she stayed.”