These violent protests are all planned out in advance of the election to trigger a race war depending on who wins. 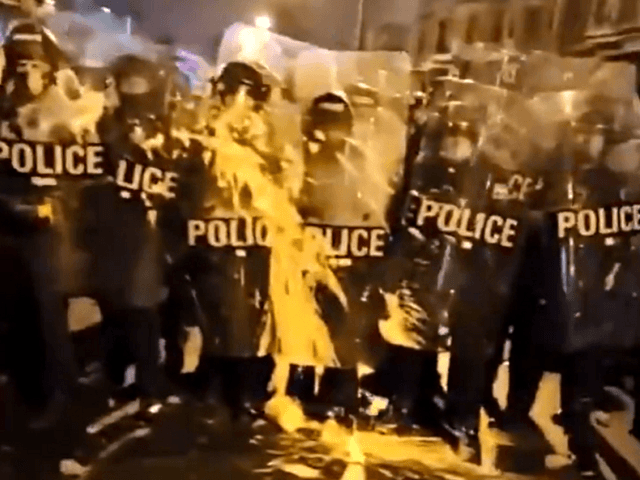 Protests in multiple parts of Philadelphia turned violent on Monday night after two police officers shot a Black man armed with a knife. Protesters took to the streets shortly after a video showing the man chasing police with a knife was shot and killed.

Protests are turning violent in multiple parts of the City of Brotherly Love after two police officers were forced to defend themselves from a man wielding a knife during a domestic situation, Breitbart News reported. A video tweeted by OSI News shows chaos breaking out as protesters attack police officers.

Another video shows a line of police officers with shields up who have been attacked with buckets of paint, wooden pallets, bricks, and other objects.

Protesters are yelling at anyone carrying cameras as violence and looting continue. Protesters are equating journalists and police.

In another part of Philadelphia, another group took to the streets and began smashing store windows, ABC6 in Philadelphia reported.

Editor’s Note: This is a developing story. More information will be provided as additional facts are obtained.