Hillary Clinton Admits She Was ‘Created’ to Commandeer the Ongoing Covid-Communist Revolution!?

Hillary Clinton: I Was ‘Born’ to Handle the Coronavirus Pandemic 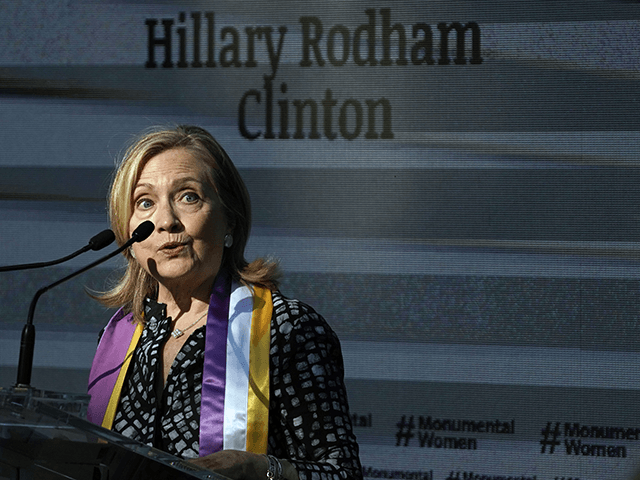 TIMOTHY A. CLARY/AFP via Getty Images

Failed presidential candidate Hillary Clinton suggested that she frequently thought about how she would have handled the coronavirus pandemic better than Donald Trump.

Clinton commented about the issue during an interview with New York Times opinion writer Kara Swisher, previewed for Axios on Sunday.

Swisher asked Clinton if she felt that a woman president would have handled the virus better.

The New York Times published the argument in May that female leaders New Zealand Prime Minister Jacinda Ardern, German Chancellor Angela Merkel, and Taiwan President Tsai Ing-wen were handing the virus much better than the men leaders were.

Clinton was a big admirer of Dr. Anthony Fauci before the pandemic and would have likely featured him and his prescribed restrictions prominently in her response to the virus.

Clinton said that the idea of Trump winning another four years made her literally sick.

“[I]t makes me literally sick to my stomach to think that we’d have four more years of this abuse and destruction of our institutions,” she said.