Sprite Transgender Ad Proves There Is a War on for Children’s Hearts, Minds and Bodies 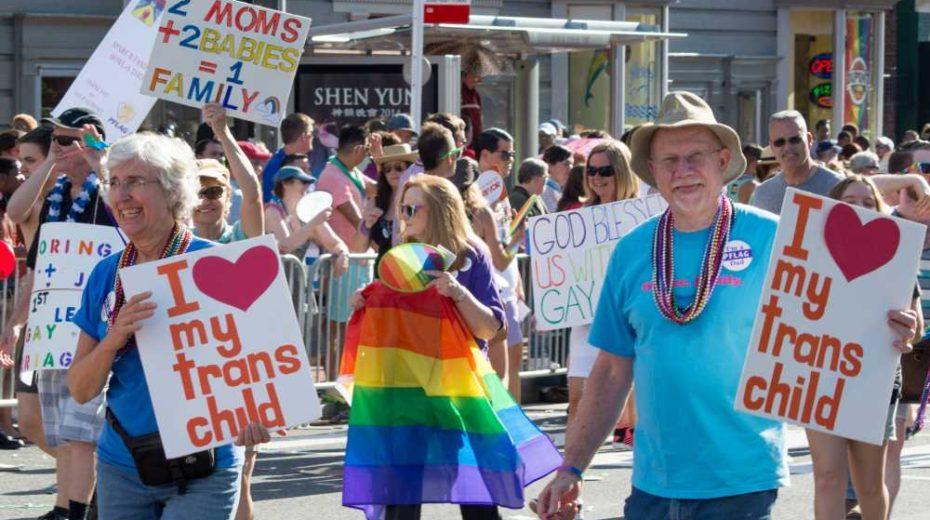 How many people remember the days when the purpose of television commercials was to sell audiences some newfangled product they didn’t even realize they needed as opposed to some dangerous agenda? It seems we’re losing those memories fast.

The world of corporate advertising has finally crossed the cultural Rubicon. In a newly released advertisement, yet another major corporation has idolized a lifestyle choice, which, naturally, has absolutely no connection to the traditional nuclear family that has guided Western civilization through thick and thin over two millennia. The controversial ad in question focuses all of its fervid attention not on the product, but rather on promoting transgender attitudes among the impressionable pubescent teen population.

This latest creation borne out of the Cultural Marxist laboratory, which just happens to be a commercial for Sprite, a beverage produced by the Coca-Cola Company, features several adolescents preparing for their attendance at some rainbow-festooned event on the streets of a soulless urban jungle. If the ad feels more like a documentary than a promotional for carbonated sugar water that’s because no actor is ever seen quenching their thirst with the drink. Instead, the product has become a vehicle – a veritable Trojan horse – for driving home a hugely controversial issue into the living rooms of millions of Americans.

Note: Anyone confused by what is meant by the term ‘Cultural Marxism’ may want to watch a brief segment of an interview (below) with the late journalist Andrew Breitbart, who provides a compelling argument as to how and why the Western world is now plagued with stultifying political correctness and the social justice mindset.

In the Sprite TV ad, an apparent mother [the word ‘apparent’ is necessary since the term ‘gender’ has become an entirely fluid concept defined solely by a person’s feelings, which may change at a whim] opens the action to the sound of melodramatic melodies as she applies eyeliner on her apparent biological son. Cut away to scene two. Yet another apparent mother helps her apparent daughter wrap herself into a corset to conceal the fact that ‘she’ has breasts. Heaven forbid! Whether a mastectomy is on the horizon for the ‘girl’, together with a lifetime commitment to testosterone injections, the audience is none the wiser.

Next, an apparent grandmother dotes over her apparent cross-dressing grandson as he dons a mauve wig before wiggling in uncontained excitement, together with Baba, at their reflection in the mirror. I’m struggling to imagine a grandmother that would ungrudgingly accept such a scenario, but in the fizzy pop reality world of the Coca-Cola Company anything is possible.

What’s missing in this corporate-sponsored trip to the far side of insanity? Well, for starters, common sense. After all, is it really wise to award hero status upon pubescent teens over their sexual orientation, which is oftentimes confused at best? Teenagers are already greatly influenced by the myriad messages they are bombarded with daily over social media. Do they really need a Fortune 500 company promoting a lifestyle, namely transgender, which carries with it an entire rainbow of untold risks? The liberal media rarely reports it, but there are thousands of youth right now attempting to reverse the bodily harm they have done to themselves by trying to physically become the opposite sex, which is – it needs to be clarified once and for all – absolutely impossible.

Oddly, Western society has long condemned the practice of genital mutilation in other ‘less civilized’ cultures, yet now somehow believes it is acceptable for children to sacrifice body parts and ingest powerful hormones in some dangerous quest to eradicate the sex they were born with. In other words, biology and the doctors, who assigned them the ‘wrong sex’ at birth, got it all wrong. What really matters today, at least for the Cultural Marxist warrior class, is how each individual ‘identifies’ with their ‘true’ gender.

Not only is the Coca-Cola Company permitted to promote an unhealthy product without a warning from the Surgeon General that swilling soda drinks on a daily basis greatly increases the risk of Diabetes; it is allowed to endorse a transgender lifestyle that may result in the unwanted loss of both life and limb. Literally. Once a person undergoes the removal of the breasts or penis, for example, it is exceedingly difficult to turn back. The video below will dispel any illusions about ‘gender affirmation’ operations being an easily irreversible process, as some people – many from the medical community – have suggested.

Second, the agenda-ad contains no apparent sign of fathers, who we may assume are still trying to escape from the hell-scape of a recent Gillette ad [1.5 million thumbs down on YouTube and counting] that lectured men for their so-called ‘toxic masculinity.’ Funny how one corporation outright trashes males – predominantly white men, incidentally, who are coaxed into doing the right thing by their minority brothers – while this latest corporate message fails to feature a single father figure. So we can see that the assault against Caucasian males is not only happening regularly on Netflix [watch the movie ‘Bird Box’ if you need any proof], but the warped message is now going mainstream in TV commercials as well.

Finally, it must be asked why these corporations, anxious to cash in on the ‘woke’ mania, continue to push an agenda as opposed to selling a product. After all, one of the first efforts by a corporation, which just happened to be Coca-Cola’s competitor, Pepsi Cola, to ride the wave of the social justice movement was met with abysmal failure. The video is no longer even featured on Pepsi Cola’s main website.

Does it sound reasonable that these companies are using a highly controversial subject to promote a product in order to appeal to a tiny fraction of the population? That seems like a foolish strategy to win over some social justice warriors to Sprite when just as many consumers will now be tempted to boycott the product on principle. Thus, an argument could be made that the real motivation for companies like Coca-Cola and Gillette to air such advertisements, which are invariably aimed at the youth, is to set in motion a total and complete change of mindset with the youth. In other words, these corporations are complicit in the game of social engineering and the cost to their bottom line is irrelevant. One possible motive is to create a weaker, ‘less masculine’ society of ever-more dependent consumers. Or is there something much deeper at work here? Personally, I suspect something far more sinister is guiding the decision-making process that gives the green light to such projects.

In these controversial commercials, it usually starts with a mirror. An individual staring back at the reflection of someone they think they know, but in all likelihood do not. The ancient command ‘Know thyself’ was believed by the wise Greeks to be so crucial to the full development of the person that the motto was engraved on the famed Temple of Apollo. Much of Western society, however, the inheritors of Greco-Roman political and cultural traditions, has abandoned that sound counsel, becoming more alienated from their true selves than ever before.

I suspect this is what the globalists want: The rainbow flag of a hyper-sexualized culture displacing the national flag; the intensely individualist lifestyle supplanting any connection to the nuclear family tradition, and Western society becoming a bubbling cauldron of dreams and desires so multitudinous that nothing short of martial law will be able to control it.