Breaking: Ballot Count Watcher Describes At Least 130,000 Ballots, ALL FOR BIDEN, Arriving in 3 Vehicles in Detroit at 4 AM

A woman monitoring the ballot counting in Detroit has asserted that at least 130,000 ballots, all for Joe Biden, were brought to the center in three vehicles at 4 a.m.

Her testimony corroborates videos and photos from Kellye SoRelle, a Texas lawyer and member of Lawyers for Trump, who filmed vehicles pull up and unload large coolers and suitcases onto wagons and roll them into the secure area. In the testimonial, originally posted to Facebook Live, the woman says that people who were there counting ballots throughout the evening were ready to shut down when suddenly a white van, a Chrysler 300 and a Ferarri, pulled up with over 130,000 additional ballots. 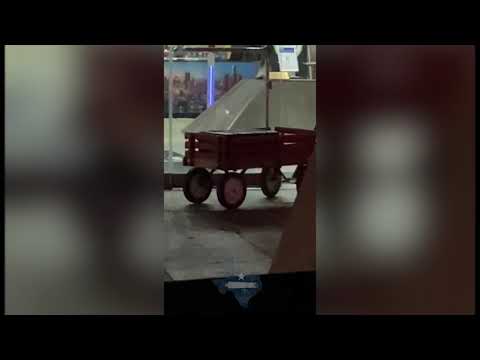 “As they started counting the ballots, he was astonished that every single ballot, literally 100 percent of 130,000 ballots, were all Biden ballots that hadn’t been delivered to the precinct before the cut off time,” she explained.

“We literally have people that watched it happen,” she continued. “We have poll challengers that have been barred from being able to go into this room to challenge ballots. We’ve had GOP members removed from the room.”

She explained that there is a large disparity between Democrats and Republicans being allowed into the ballot counting room, ever since the mystery ballots showed up.

The woman explained that the governor and Department of Health and Human Services claimed that the room was over capacity, and that is why they weren’t allowing the proper number of Republican watchers in — which are required to be allowed by law.

Additionally, she said that she has seen and heard about poll contesters that are being harassed and intimidated.

“It’s really heartbreaking that this is what we have stooped to and allowed as a country,” she said. “It is disgusting what is happening in Detroit.”

“It’s about major fraud on a major scale… that was very well organized,” she added.