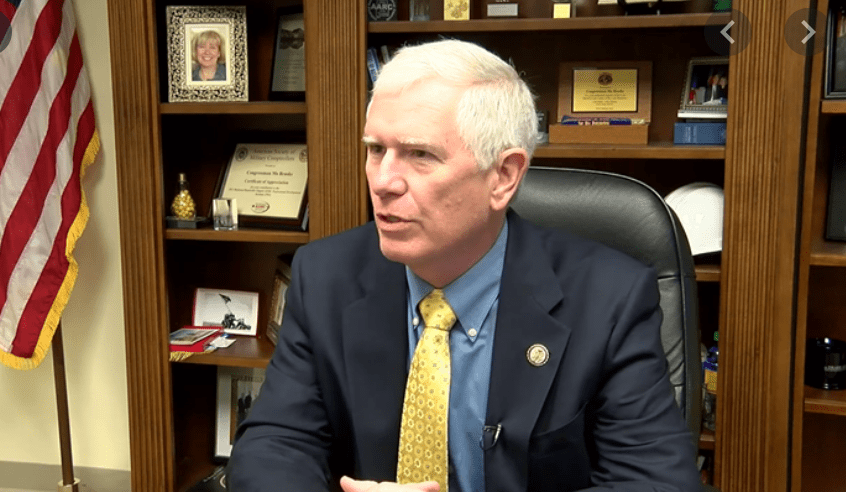 During an interview that aired Friday on Huntsville, AL radio’s WVNN, Rep. Mo Brooks (R-AL) called into question the presidential election results and raised the possibility of House Republicans acting to ensure the will of the voters is acknowledged.

The election has yet to be called for either incumbent President Donald Trump or Democratic presidential nominee Joe Biden as of Friday afternoon as a handful of states continue to count ballots.

According to Brooks, the presidential election could be challenged on two grounds: that it did not occur on the day officially designated by the U.S. Congress and that there were possible fraudulent practices in place that undermined the election in favor of the Democrat candidates on the ballot.

“That’s when votes were supposed to be cast by people on that day, that 24-hour period with the exception of absentee ballots, where people who physically could not go to the polls to vote,” Brooks continued. “Every other vote is illegal. The en masse mail-in voting scheme that the Democrats have put forth does not comply with the federal law that set November 3 as the election day. That en masse voting scheme that the socialist Democrats put forth is an election season. Now for emphasis: If we let the socialist Democrats get away with stealing this election, with this enormous voting fraud, they will not only take the presidency, they will also take the United States Senate. We will lose it.”

Brooks offered examples of possible election improprieties to bolster his claim that there could have been illegal practices that changed the election outcome.

The Alabama congressman’s solution was for the House to not ratify the Electoral College results, which he said was within Congress’ constitutional purview, as opposed to the U.S. Supreme Court.

“When we have a vote on the House floor, there is no way in the world I’m going to be voting to ratify the Electoral College votes from states where I believe that illegal votes have distorted the will of the people in those states who have cast their votes illegally,” Brooks added. “And we’ll see how that goes. It is not the Supreme Court who decides who is the President of the United States, under the Constitution, it is the Congress who makes that decision.”

Such an outcome could force the 50 U.S. House state delegations to determine the next president, which Brooks said could mean Trump’s reelection.

“If the Republicans stick together in the House of Representatives and if we vote by state, which is what the United States Constitution suggests we shall do, then Donald Trump will be elected president if we conclude that the election and voter fraud is so great that the will of lawful voters is being denied by the process that socialist Democrats put into place,” he explained.

[ note: the majority of State Legislatures are Republican controlled for any House ( Congress ) electoral final vote. ]