‘US presidential election 2020 may one day be memorable for having foiled the best laid plans of dark forces against Trump.’ 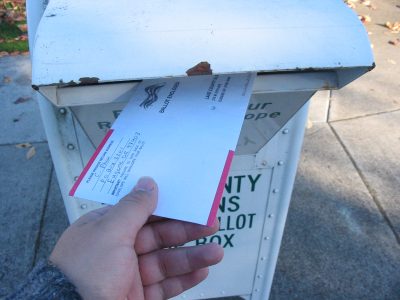 “Things are seldom what they seem. Skim milk masquerades as cream.”

“Black sheep dwell in every fold.

All that glitters is not gold.”

“Storks turn out to be but logs.

Bulls are but inflated frogs.”

There’s more, but the message is clear.

Reported US 2020 election results so far favoring Biden over Trump are “shady.”

What’s presented in key battleground states appears other than the popular will.

Trump’s team has good reason to challenge results, the winner very much uncertain until litigation plays out.

As in 2000, nine Supreme Court justices may have final say on who wins and loses in the contest for the nation’s highest office.

Nevada is one of five swing states where Trump’s team is challenging the vote count.

The others are Michigan, Wisconsin, Pennsylvania, and Georgia.

“(T)hings…happen(ing) in (Las) Vegas may not stay” there.

The GOP is “arguing that thousands of votes in the close presidential election were cast by workers who moved out of the state or even by deceased individuals.”

“Many states like Nevada are relying on notoriously outdated voter lists and applying fairly lax standards for confirming the identity of voters for mail-in ballots.”

Any voting-age American who moved out-of-state to another one over 30 days pre-election is ineligible to vote in the state where they formerly claimed residence.

Trump’s team claims that thousands of votes cast in Nevada were by ineligible or deceased individuals.

If the Supreme Court hears this challenge and upholds it, results in the above five swing states —and perhaps others — will be suspect.

Turley explained that “reliance on questionable voter lists (in Nevada) and the lack of authentication systems were raised months ago.”

The same issue likely applies to other states, though proving it in court is another matter.

Turley noted that if the judicial process “believes that thousands of unlawful votes” were included in one or more state counts, “the only certain way to address a systemic failure would be a special election.”

At the same time, he believes it’s unlikely to happen in states with suspect results, especially because it could take months for the process to be planned, organized and completed.

Yet based on what’s known and discussed in previous post-election articles, fraud by Dems appears to be playing what be the decisive determinant of final results.

According to the Federalist.com’s John Daniel Davidson and Chris Bedford, pro-Biden electoral shenanigans are playing out in Pennsylvania’s self-styled “city of brotherly love” — Philadelphia, saying:

“Judges who obtained their positions by fraud, according to an indictment, have denied the Trump campaign’s ballot-watchers access, providing crucial unsupervised time (for Dem) vote counters,” adding:

During the week, “GOP monitors were being kept too far away from absentee ballot-counters to observe whether ballots were being properly counted.”

On Thursday, a state appellate court ordered that vote-counting observers be allowed to stand within six feet of the process.

Philadelphia authorities appealed the ruling to the state’s Supreme Court.

Will nine US High Court justices have final say on this and other Election 2020 issues in Pennsylvania and other contested swing states?

A GOP lawsuit “accused (Dem) election leaders (in PA) of violating state code by authorizing local election officials to give information about rejected mail-in ballots to (Dem) operatives so they could contact those voters and offer them a new ballot.”

This violates both state law and Pennsylvania’s Supreme Court earlier ruling that states the following:

“(M)ail-in or absentee voters are not provided any opportunity to cure perceived defects (to their ballot) in a timely manner.”

Results so far in the above five battleground states are close.

Michigan and Wisconsin were already (perhaps prematurely) called for Biden.

If the above two states hold for Biden and he’s declared winner in one of the other three, he’ll reach or exceed a majority 270 Electoral College votes to triumph over Trump.

If things turn out this way, he’ll likely have won by foul, not fair, means — though at this time the race for the White House is undecided and fraud allegations require proof to hold up in court.

“All (PA) county boards of election are hereby ordered, pending further order of the Court, to comply with the following guidance provided by the Secretary of the Commonwealth on October 28 and November 1, namely, (1) that all ballots received by mail after 8:00 p.m. on November 3 be segregated and kept ‘in a secure, safe, and sealed container separate from other voted ballots,’ and (2) that all such ballots, if counted, shall be counted separately,” adding:

“Until today, this Court was not informed that the guidance issued on October 28, which had an important beating on the question where to order special treatment of the ballots in question, had been modified. The application received today also informs the Court that neither the applicant not the Secretary has been able to verify that all bards are complying with the Secretary’s guidance, which, it is alleged, is not legally binding on them.”

According to court papers filed on Friday, Republicans said that “a total of 25 Pennsylvania county boards of elections have not indicated whether they are segregating the late-arriving ballots,” adding:

“If county election boards count and do not segregate late-arriving ballots, it could become impossible for this Court to repair election results tainted by illegally and untimely cast or mailed ballots.”

Will the US Supreme Court order the same procedure for other contested states, including recounts if requested by Trump’s team?

High Court justices are likely to be the final arbiter of how the US presidential election turns out.

There are many issues to be unpacked (and likely judicially ruled on at the highest level) before Trump v. Biden is decided.

At this time, the jury remains out.

Here’s what may be turn out to be the deciding factor.

According to information published by James Fetzer on his website:

“Trump and the USPS have had a master plan all along to secure the integrity of the 2020 election. Blockchain is the key.”

“In their plan, an invisible and unique QFS code was printed on each and every USPS-produced ballot.”

“They know exactly all the relevant details, including dates, paths, identities (anonymized)…et al.”

Blockchain “digital ledgers… make it virtually impossible to alter records of past events.”

“According to the USPS patent, ‘a registered voter receives a computer-readable code in the mail and confirms the identity and confirms correct ballot information in an election.’ ”

What’s going on is a “sting operation” as follows — if reported information is correct.

So it’s “know(n) where every ballot is, where it went and who has it” — to protect against a stolen election.

The above is a developing story with more information likely coming, perhaps very soon.

If credible evidence of fraud by Dems is presented by Trump’s team to the Supreme Court, it could order recounts that perhaps could shift final results for Biden to Trump.

How things turn out ahead will be determined one way or the other in the fullness of time.

Note: Time and again, US dark forces meddled in foreign elections to try manipulating their outcome — successfully and unsuccessfully.

Should anyone be surprised that the same thing goes on at home?

Electoral fraud and other dirty trick have been commonplace throughout US history — at the federal, state and local levels.

Perhaps the most brazen election theft happened in 1948.

When the dust settles on Trump v. Biden, if DJT overcomes what appears to be a manipulated process against him, US presidential election 2020 may one day be memorable for having foiled the best laid plans of dark forces against him.

Note to readers: please click the share buttons below. Forward this article to your email lists. Crosspost on your blog site, internet forums. etc.

Award-winning author Stephen Lendman lives in Chicago. He can be reached at lendmanstephen@sbcglobal.net. He is a Research Associate of the Centre for Research on Globalization (CRG)

His new book as editor and contributor is titled “Flashpoint in Ukraine: US Drive for Hegemony Risks WW III.”