WHY DID ONLY 39 REPUBLICANS SIGN THIS LETTER TO AG BARR—COWARDS?! 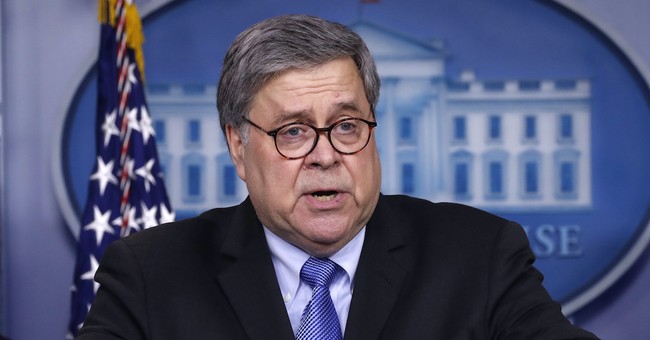 A coalition of 39 House Republicans on Saturday sent a letter to Attorney General William Barr, asking the Department of Justice to investigate allegations of potential voter fraud. According to the members, it’s important for Americans to have “the utmost confidence” in the outcome of the 2020 presidential election.

Below is the full letter:

While each state runs its own election process, the United States Department of Justice is ultimately responsible for the integrity of federal elections. The American people must have the utmost confidence that the outcome of the presidential election is legitimate.

With widespread reports of irregularities, particularly in the vote counting process, it is time for you to use the resources of the Department to ensure that the process is conducted in a manner that is fully consistent with state and federal law. And, it is also important that the process be completely transparent, so that the American people will have full confidence in the result.

The Justice Department’s Civil Rights Division Voting Section’s responsibility to ensure that the right to vote is sacred. This not only means access to the ballot box, but it also means ensuring that no one’s vote is devalued by any means of voter fraud.

With that in mind, we request an immediate response to the following questions. What are you doing to ensure the integrity of the voting and counting process right now? Will you commit to using all the resources at your disposal to ensure that only legal votes are being counted and being counted in a fully transparent and manner immediately?

Thank you for your prompt reply.

Other elected officials, including Sen. Ted Cruz (R-TX) and Gov. Kristi Noem (R-SD), have said the court process needs play out before a definitive winner of the presidential election can be determined.

Despite multiple members of the press saying they need more “evidence” of what’s taking place, these instances are being ignored. The same thing goes for United States Postal Service whistleblowers who have stepped forward to say postmasters are backdating the dates ballots were received.

There have been a string of USPS whistleblower cases that Project Veritas has made public. Project Veritas released their first video of a United States Postal Service worker in Traverse City, Michigan, coming forward to expose their supervisor, Johnathan Clarke, potentially engaging in voter fraud. The second video released Thursday afternoon allegedly shows a USPS worker in Las Vegas, Nevada, talking about handing over a “handful” of ballots to an undercover journalist. The blank ballots were collected because they were allegedly sent to the wrong address. The third video was Hopkins’ original report. Video number four was of a USPS whistleblower in Coraopolis, Pennsylvania who claimed supervisors and other higher-ups are ordering carriers to backdate ballots received after Election Day.

Voter fraud is such a concern that the Michigan State Legislature convened a rare Saturday session to address it. One of the main focuses was a software glitch that caused 6,000 votes in Antrim County to be incorrectly counted for Joe Biden. Once the a hand-count had taken place, those 6,000 votes went to President Trump. The Michigan Secretary of State, however, has said that this was “human error,” not a “software glitch.”