PSYOP ALERT: The Media does NOT declare the President-Elect, the Electoral College does

Don’t Fall for the Psyop! Biden’s Not Officially the President-Elect, At Least Not Yet… 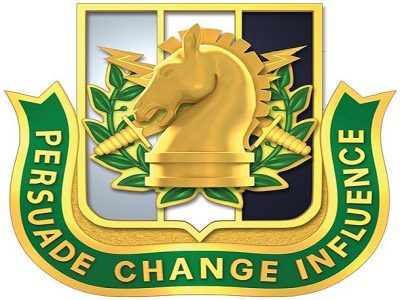 A massive psyop was launched across the world after the Mainstream Media’s “projection” that Biden will become the President-Elect deceived average folks and foreign governments alike into thinking that the US’ contentious 2020 presidential election has finally concluded, but the existing and forthcoming litigation from the Trump team might change the final tally in key battleground states and in turn influence how the Electoral College votes in the middle of next month since it’s this institution — not the media or the popular vote — which legally decides the presidency as per the Constitution.

Most of the world fell for the massive psyop that was launched over the weekend after the Mainstream Media “projected” that Biden will become the President-Elect. This dramatic declaration is factually false and deliberately ignores the legal process for deciding the presidency as stipulated by the Constitution, instead relying on the masterful manipulation of carefully cultivated perceptions to craft the impression of a fait accompli despite the coup plotters’ desired outcome not yet being legally certified. It’s of the utmost importance to explain the latest development in the decades-long Hybrid War of Terror on America since the “perception management” method that’s presently being perfected will almost certainly be employed in future regime change operations across the world for the purpose of delegitimizing targeted incumbent governments and demoralizing their supporters after disputed elections.

First things first, it’s actually the Electoral College — and not the media or even the popular vote like many folks (both Americans and especially foreigners) wrongly believe — which legally decides the presidency as per the Constitution. Each state’s electors are expected — but not always legally obligated — to vote for the candidate who wins the popular vote in their state when this institution meets in mid-December. The existing and forthcoming litigation from the Trump team might change the final tally in key battleground states, however, which could in turn influence the outcome of this process. There’s also the possibility of so-called “dueling slates of electors” being nominated by the governor and legislature of some contested states, especially given the legally unresolved outcomes there, the scenario of which was described in detail by Reuters in their informative article on the topic from last month.

Edward Bernays Is Back

It’s for this reason why the Mainstream Media’s claim about Biden becoming the President-Elect is factually false, yet it’s nevertheless being propagated far and wide for the purpose of manipulating the masses. Psychological operations, or psyops for short, aren’t anything “conspiratorial” like self-deluded or dishonest critics might claim, but are part and parcel of human history, having become all the more ubiquitous in everyday life as a result of the relatively recent revolution in information-communication technology which brought most of the planet online through internet-connected cell phones with social media apps. Never before have Edward Bernays’ teachings about “Propaganda” and “The Engineering Of Consent” been more relevant, which is felt by all folks across the world, even if only subconsciously for most of those who still remain unaware of these techniques’ very existence.

What the coup plotters want to have happen — and make no mistake about it, this is definitely a coup because of the credible claims that fraud was committed in several key battleground states — is to manipulate Trump’s supporters into becoming defeatist so that they don’t employ “Democratic Security” strategies such as exercising their constitutionally enshrined right to stage peaceful rallies in his support while the litigation process continues. They’re also unsure of what the legal outcome will be, especially if the Supreme Court’s new conservative supermajority is ultimately forced to rule on one or some of the cases, hence why they want everyone to wrongly believe that the issue is already decided so that they can then gaslight their targeted audience into thinking that the election was stolen from them instead of them being the ones who are actually trying to steal it from Trump.

There are also several international dimensions at play as well. By prematurely “projecting” the victor with the strategic motivation of misleading the masses, the anti-Trump members of the US’ permanent military, intelligence, and diplomatic bureaucracies (“deep state”) expected that sympathetic foreign officials will fall for their Mainstream Media proxies’ psyop by following suit and congratulating Biden before the results are legally certified, as most of them ended up doing since it conformed with their “wishful thinking” expectations. Others, however, might not necessarily have been supportive of this “deep state” coup, but simply thought to safeguard their national interests in the (likely?) event that it succeeds, hence why they took a calculated risk congratulating Biden in order to get on his team’s good side. Polish President Duda was probably the most measured, however, since he said wisely wrote that “we await the nomination by the Electoral College”.

“The Anti-Trump Regime Change Sequence Is Worthwhile Studying” for other reasons as well. As the author warned in his latest piece about how “Schadenfreude Towards The US Is Acceptable, But Don’t Sacrifice Your Principles!” which he wrote for The Iranian Council For Defending The Truth, a new Iranian think tank, the “perception management” method that’s presently being perfected in the final stage of the four-year-long psyop against Trump is intended to be used in other regime change operations across the world for delegitimizing targeted incumbent governments after disputed elections and demoralizing their supporters. It’s actually not all that novel of a method either since it was earlier employed against Syrian President Assad and Venezuelan President Maduro but to no avail, though its use against Trump is unprecedentedly intense and carries with it globally significant consequences considering the US’ fading superpower status.

The Future Victims Tie Their Own Infowar Noose

Those in general society and the halls of foreign governments who sympathize with this rolling coup for whatever their reasons may be might eventually find themselves on the receiving end of these “political technologies”, except they’ll be applied even more intensely and arguably more convincingly since the “deep state’s” Mainstream Media proxies could present evidence of those targeted leaders tacitly endorsing the anti-Trump regime change psyop which was later used against them. The carefully cultivated impression of hypocrisy that would then be on full display could deal enormous damage to the morale of those leaders’ supporters and could even result in other governments once again ignoring constitutional processes to congratulate their target’s opponent on their so-called “victory” instead. The de-facto establishment of “dueling governments” partially recognized by the international community could worsen any political crisis as seen in Venezuela.

With the psyop reaching its crescendo towards what might ultimately end up being Trump’s official capitulation (although no such concession on his side is constitutionally required), the question on his supporters’ minds is whether or not they should recognize the contentious results even if the Electoral College certifies them. That’s a personal decision that every person must make for themselves, though it should be said that everyone should abide by the law and not burn, loot, riot, and even murder in rare instances like the “deep state’s” de-facto street militias of Antifa and “Black Lives Matter” have done for nearly the past half-year with practical impunity when expressing their rage against the system. Nevertheless, consent is purely personal and doesn’t have to be given even if one goes through the motions of abiding by the certified outcome in order to avoid the possible consequences of being placed on the “enemies list” that the dictatorial Democrats are currently compiling.

The “deep state’s” Mainstream Media proxies launched a massive psyop against the world by prematurely declaring Biden the President-Elect despite the outcome still being litigated and the Electoral College not yet having cast their ballots for the Democrat puppet. Many average folks and foreign governments fell for it either out of innocent ignorance or willing hypocritical complicity with the coup due to their political sympathies for Trump’s opponents. In any case, just like “The Connection Between World War C & Psychological Processes Is Seriously Concerning”, so too should the widespread manipulation of global perceptions be equally concerning for all those are aware of what’s happening. Biden’s possible presidency is already off to an ominous start after he’s on the brink of being installed through a superficially “democratic” coup that his handlers felt compelled to defend by launching a worldwide psyop in the (unlikely?) event that the Supreme Court saves Trump.

This article was originally published on OneWorld.

Andrew Korybko is an American Moscow-based political analyst specializing in the relationship between the US strategy in Afro-Eurasia, China’s One Belt One Road global vision of New Silk Road connectivity, and Hybrid Warfare. He is a frequent contributor to Global Research.