See the Dangerous 5G Game Being Played by Big Telecom “Each of these EMF (electromagnetic frequency) effects will lead to existential threats to our survival … In mice, EMF led to a drop in reproduction to essentially zero. … 5G will incur much higher frequencies and pulsations to that of being in a microwave.” — Dr Martin Pall

“The WHO/International Agency for Research on Cancer (IARC) has classified radiofrequency electromagnetic fields as possibly carcinogenic to humans.” – Dr Belpo

The Duluth News-Tribune recently announced: “AT & T Debuts 5G Networking in Duluth” by installing its 5G Tower right behind its next-door neighbor Subway at its Central Entrance location, but did not post the following warning: 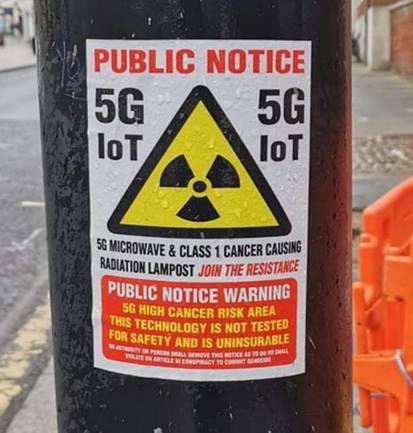 The big question that AT&T’s CEO (as well as any of the many other Big Telecom corporations) doesn’t want asked is this:

“What are the enormously powerful, multinational, Big Telecom corporations that are rolling out the untested for safety 5G networks all over the world trying to hide – and why?”

And that question also needs to be asked of the other CEOs at Verizon, Samsung, Huawei, Ericsson, Nokia, Qualcomm, ZTE, NEC, Mobile TeleSystems and Cisco.

To document the fact that all the Big Telecom corporations are indeed trying to hide something, it needs to be pointed out that many 4G and 5G cell towers below are being camouflaged as artificial trees and also hidden from view in any number of cunning methods.

The artificial tree/fake 5G towers are being manufactured by the telecom industry for the purpose of deceiving the public that will be toxified in any number of ways by the toxic electromagnetic radiation that is coming from the towers 24/7.

The images below reveal some of the “tricks of the trade” that are commonly employed by multinational corporations to hide the presence of the dangers of the products they are trying to sell (as in Big Pharma’s toxic drugs and vaccines), in this case the dangers of electromagnetic radiation from its towers. 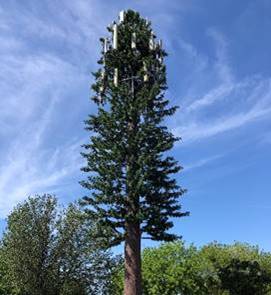 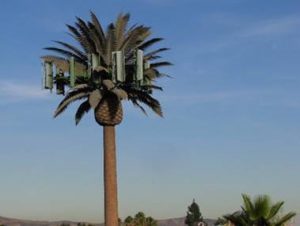 These photos are collated by Dr. Gary Kohls

Big Corporations – through their disinformation/advertising campaigns – always do whatever they can to foster the ignorance of the unaware public from understanding the serious dangers that 5G radiation presents to “children and other living things”. (Please refer to the two websites above for the documentation of that statement.)

Considerable research has been done for decades on the dangers of 5G. What has been shown in thousands of independent studies is that EMR can easily be toxic to all types of living cells, especially to nerve and brain cells and the cells of the immune system. In addition, EMR has also been shown to be carcinogenic.

Here is a partial list of symptoms caused by EMR exposure:

Now back to the deviousness of Big Telecom in its 5G roll-out.

The photos below show fake trees and cacti that are actually 5G towers. Then there are examples of a 5G installation mounted on a water tower, in church steeples and on school buildings. The final photo is of one of many examples of sabotage of these dangerous EMR towers in Europe.

Apparently there has been a rash of unjustifiable high-power rifle assaults against some 5G towers in England and elsewhere. Such stories have been censored out of the public consciousness by the Multinational Media Corporations that are frequently in partnership with or actually owned by Big Telecom or wealthy globalist investors such as those at the World Economic Forum.

And this is what these neurotoxic, immuno-toxic, potentially carcinogenic, electromagnetic 5G irradiation machines actually look like when they are not being camouflaged. Some of the images are 5G installations on top of water towers, schools, churches and in or on whatever structures whose owners can be bribed by lucrative contracts. Dr Gary G. Kohls lives in the USA and writes a weekly column, entitled Duty to Warn, for the Duluth Reader, Duluth, Minnesota’s alternative newsweekly magazine. His columns deal with the dangers of American Friendly Fascism, corporatism, Oligarchy, militarism, racism, malnutrition, and Big Pharma’s over-drugging and over-vaccinating agendas as well as other movements that threaten the environment, democracy, civility, health and the sustainability and livability of the planet and the future of the children.

Dr. Kohls is a past member of Mind Freedom International, the International Center for the Study of Psychiatry and Psychology and the International Society for Traumatic Stress Studies and is a signatory to and/or an advocate of the principles of the Great Barrington Declaration, the World Doctors Alliance and Americas Front Line Doctors. His practice of holistic medicine mainly involved helping the survivors of psychiatry that had often been mis-diagnosed, over-diagnosed and always over-medicated with un-approved and un-tested-for-safety cocktails of neurotoxic psychiatric drugs that not only had sickened them but to which they had also become addicted.

His Duty to Warn columns have been re-published around the world for the last decade. They deal frequently also deal with Big Vaccine’s over-vaccinating, Big Medicine’s over-screening, over-diagnosing and over-treating agendas.