Message to Trump: We are willing to put our lives on the line to protect YOU and this constitutional republic… just say the word 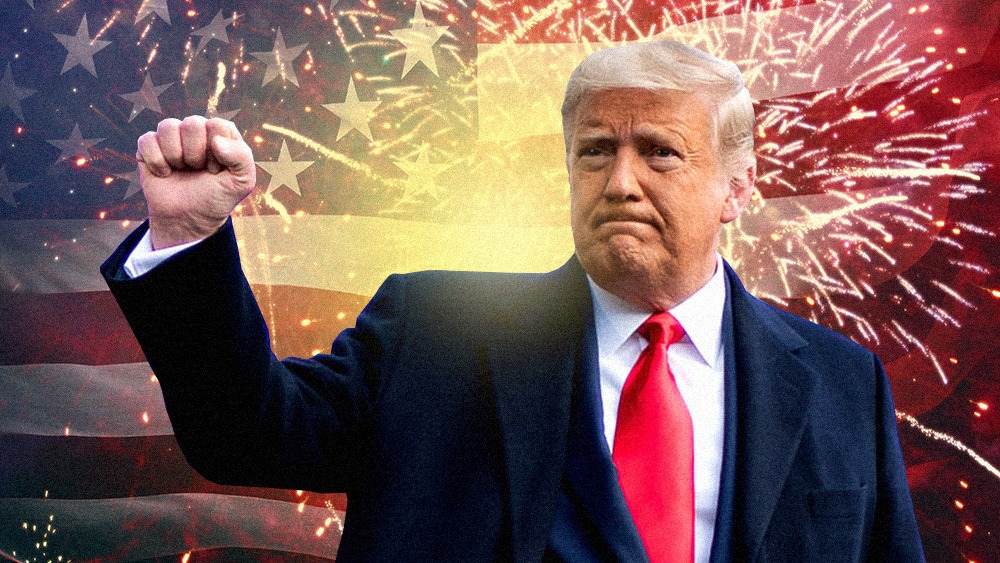 (Natural News) A short message to President Trump: I’ve been asking everybody I’m encountering how far they would go to defend President Trump and our constitutional republic against the obvious coordinated, treasonous vote fraud of the lawless Democrats.

The answers were nothing short of astonishing. There wasn’t a single person who told me they thought Trump should concede. Quite the opposite, in fact. Out of the 30 or so people I’ve asked over the past few days — including several people I didn’t previously know — every single one of them told me they were willing to fight to defend America against the brazen vote fraud of the Democrats.

“I will take up arms to defend Trump,” more than one person told me. The theme of taking up arms was quite common. Many people are ready and willing to defend President Trump using the Second Amendment, if called upon.

Many others told me something like, “I am willing to lay my life on the line” to fight Democrat corruption and defend Trump. When I asked why, they told me some variation of, “If socialism wins, we have already lost everything anyway.” They fully understand that under a Biden / Harris administration, America quickly becomes Venezuela. They understand we might as well fight now, while we’re still strong, instead of waiting to be weakened under the Chinese communist control of the corrupt Democrats.

About half the people I asked are either veterans or law enforcement. That kind of tells you the sort of people I know, but it’s also a strong statement on the patriotism that exists in the hearts and minds of those who took an oath to defend the Constitution of the United States of America. There are still millions of Americans who take that oath quite seriously, and there are millions more who never served in combat but who are willing to take up arms right now, if called upon, to defend this Republic. Those people include truckers, bikers, business owners and even white-collar professionals all across this nation.

None of us want to live under socialism or communism. Many of us are willing to put our lives on the line to defend the United States of America against the rampant fraud, corruption and insidious evil that the Democrat party now represents. We cannot coexist with Democrats, as they are the party of hatred, corruption, destruction and despair. They feed upon death and terror, and the left-wing media is nothing but an organized journo-terrorism front.

We have no desire to negotiate with evil. We must destroy it politically and remove evil from our society if we ever hope to live in peace.

I will join the effort to defend this nation

Like most of the people I questioned, I would rather take a stand right now for the rule of law than end up living under the tyranny of left-wing socialism, just waiting for AOC-inspired government thugs to hunt me down a put a bullet in my head for daring to love my country.

We aren’t going to stand by and get “Bolsheviked” to death here in America. Not on your life. Why do you think we’ve all been buying guns and ammo like crazy for the last ten months? We know what happens if tyranny gets a foothold in this nation, and we will fight them to the last man, if necessary, rather than surrender to left-wing tyranny.

That’s why I will support the national uprising of patriots who, if called upon by Trump, will march on Washington D.C. as an armed, constitutional militia with the purpose of defending this nation against all enemies, foreign and domestic. We will put our lives on the line to defend this republic and help our president defeat the deep state swamp and all the crooked elitists who are trying to burn this nation to the ground.

So President Trump, millions of us are standing by with training, equipment and courage, awaiting your orders. If you need us, call upon us and we will converge on Washington D.C. in historic numbers, armed with courage and ready to defend this nation against its domestic enemies. We will come prepared for battle and ready to fight. We will not back down and we do not negotiate with terrorists.

Once we defeat the left-wing traitors and terrorists in D.C., let us aid your efforts to arrest the traitors all across America, including Big Tech CEOs, fake news media propagandists and corrupt governors and mayors who are complicit in the 2020 election treachery and covid plandemic that sacrificed hundreds of thousands of lives of Americans just so they could roll out their mail-in ballot election fraud scheme. These criminals need to be put in chains, prosecuted and held to account for their crimes against America.

And every person who willfully engaged in ballot fraud should face immediate prosecution and harsh penalties under the law.

We are ready to fight for America, and for the presidency you won by a landslide. Call upon us when needed. You will be astonished at our level of readiness and commitment.