Really, why did the Pfizer CEO sell $5.6 MIL of stock on the same day the Covid vaccine was lauded for 90% effectiveness?! 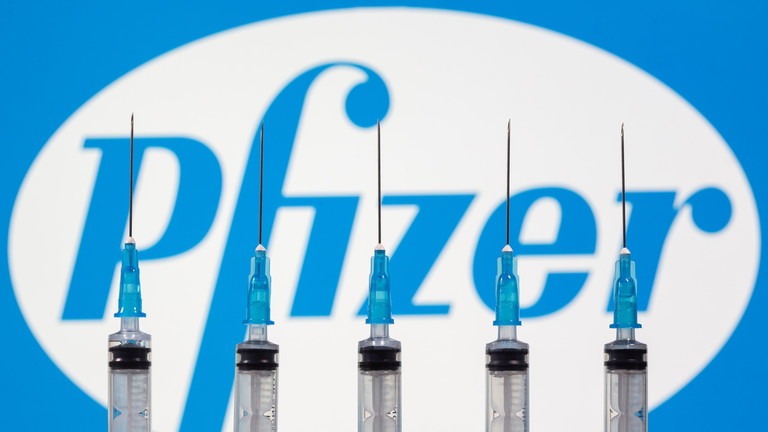 CEO Albert Bourla sold off 60 percent of his shares in drugmaker Pfizer the day its stock price peaked following a favorable report on the effectiveness of its Covid-19 vaccine – but the company insists the sale was kosher.

Pfizer defended its CEO’s sale of 132,508 shares on Monday at near-peak value, claiming in a statement on Wednesday that the trade had been set up back in August as “part of Dr. Bourla’s personal financial planning” in keeping with a pre-established plan allowing “major shareholders and insiders of exchange-listed corporations to trade a predetermined number of shares at a predetermined time.”

The stock was sold at $41.94 per share, near the peak of its value on Monday, netting Bourla a cool $5.6 million. Share price would climb to $41.99, buoyed by Monday’s report that Pfizer’s vaccine was 90 percent effective against the novel coronavirus, before inching back down – as of the close of trading on Wednesday, it sits at $38.50.

Bourla isn’t the only Pfizer exec to cash in suspiciously on the vaccine news, either. Executive vice president and chief corporate affairs officer Sally Susman made $1.8 million off her sale of 43,000 shares in the company.

The company’s claim that Bourla’s sale was prearranged is only likely to fuel conspiracy theories that Pfizer deliberately waited until after the US elections last week in order to release the positive news. President Donald Trump’s son, Donald Trump Jr., sarcastically tweeted that the timing was “pretty amazing” after the company unveiled the results on Monday, snarking “nothing nefarious about the timing of this at all right?”

With a sizable minority of Americans openly balking at taking a vaccine connected to the Trump administration, Pfizer has attempted to distance itself from the administration’s push to develop a Covid-19 shot, Operation Warp Speed. Pfizer’s head of vaccine research and development Kathrin Jansen claimed on Sunday that “we were never part of the Warp Speed,” denying the company had taken any money from the US government “or from anyone.” But the firm received $1.95 billion from the US government in July, a sizable sum by any estimation and one it’s hard to imagine the company’s executives forgetting about.

Bourla would hardly be the first Big Pharma CEO to cash in on favorable news about a pandemic-ending vaccine. Multiple execs at competitor Moderna dumped a total of $90 million in stock after an announcement of positive results from phase I clinical trials of their own coronavirus vaccine sent share prices soaring 30 percent to an all time high. A closer look at those results dispelled much of the enthusiasm, but not before CFO Lorence Kim and chief medical officer Tal Zaks had cashed in. Moderna’s CEO Stephane Bancel and President Stephen Hoge have also unloaded large amounts of shares, leading some to call for an insider trading investigation. Moderna, too, defended its executives by claiming the stock sales had been prearranged.

Such a probe could come back to bite the head of Operation Warp Speed, former GlaxoSmithKline vaccine chief Moncef Slaoui. A board member of Moderna, Slaoui was forced to offload $10 million in the company’s stock in May after an outcry over the apparent conflict of interest of his overseeing a “vaccine race” with a significant sum of money riding on one competitor.

Many questions remain unanswered about Pfizer’s vaccine ahead of its expected effort to seek emergency FDA approval. The company has not released information about side effects or safety in general, and indeed has not released much information at all beyond its claim that there were fewer symptomatic cases of Covid-19 among clinical trial participants who received the vaccine than in those who received a placebo. Bourla has promised the data will be released “in the coming weeks.”

Meanwhile, 49 percent of Americans have said they probably or definitely will not get the vaccine due to concerns about its being politicized or rolled out without adequate safety trials. If approved, Pfizer’s jab would be the first mRNA vaccine ever to hit the market – another factor contributing to popular hesitancy.