Look at how the NWO globalists are punishing healthcare professionals for promoting HCQ for COVID-19? 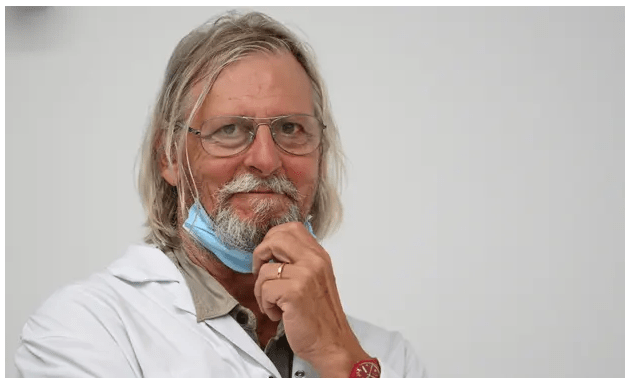 Didier Raoult’s promotion of the drug as a Covid treatment was taken up by some populist world leaders. Photograph: Christophe Simon/AFP/Getty Images

A French professor who touts the anti-malaria drug hydroxychloroquine as a coronavirus treatment – without evidence, scientists say – will appear before a disciplinary panel charged with ethics breaches, an order of doctors has said.

Marseille-based Didier Raoult stands accused by his peers of spreading false information about the benefits of the drug. His promotion of hydroxychloroquine was taken up by the US and Brazilian presidents, Donald Trump and Jair Bolsonaro, who trumpeted its unproven benefits in a way critics say put people’s lives at risk.

No clinical trials have yet found in favour of using hydroxychloroquine against Covid-19, and critics say that due to potential serious side-effects, treating coronavirus patients with it is worse than no treatment at all.

In June, the British-led Recovery trial team said hydroxychloroquine did nothing to reduce coronavirus mortality.

Hydroxychloroquine: how an unproven drug became Trump’s coronavirus ‘miracle cure’
Read more
A group representing 500 specialists of France’s Infectious Diseases Society (SPILF) filed a complaint with the national order of doctors of the Bouche-du-Rhône department, which includes Marseille, in July. They accused Raoult of breaking nine rules of the doctors’ code of ethics. Other doctors and patients have also lodged complaints.

On Thursday, the order confirmed it had given the go-ahead for a disciplinary hearing after reviewing the complaints against Raoult. The hearing will probably take place next year.

Raoult’s lawyer, Fabrice Di Vizio, confirmed they had received notice of the decision, but said his client would be cleared. If found guilty, Raoult could be fined, merely warned, or barred from practising.

Raoult, who heads the infectious diseases department of La Timone hospital in Marseille, said in March that his study of 80 patients showed “favourable” outcomes in four out of five treated with hydroxychloroquine. But his peers say there is no scientific evidence to back up the claim.

The French president, Emmanuel Macron, visited the scientist on 9 April, at the height of the pandemic, when people in France were observing strict stay-at-home rules.