Yes, Biden even stole from his cancer charity! 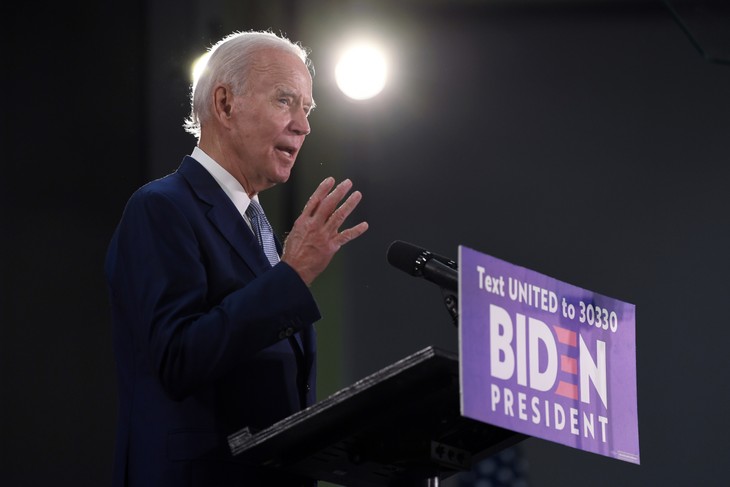 Charity watchdogs might call the Joe Biden Cancer Initiative a scam. It raised and spent millions, mostly on executive salaries, while giving precious little to established groups that are actually trying to fight the disease.In fact, the “charity” was little more than a political slush fund that Biden used to reward supporters.

The nonprofit raised and spent $4.8 million over its two years in operation, its 2017 and 2018 tax forms show. Slightly more than $3 million of that amount went to salaries, compensation, and benefits. At the same time, the group spent just $1.7 million on all of its other expenses. A bulk of this cash—$740,000—was poured into conferences, conventions, and meetings. It did not cut a single grant to any other group or foundation during its two-year run.

Where do you suppose those “conferences and conventions” were held? I doubt whether they were held in Sioux Falls. Now Sioux Falls is a lovely town, but not a destination center for conventions. Hawaii and St. Lucia — that’s more like it.

So how does the Biden Cancer Initiative’s executive compensation compare with other non-rpofits?

An analysis of nonprofits by Charity Navigator, which rates charities for effectiveness, found that mid-to-large-sized nonprofits paid their chief executives an average salary of $126,000 per year—far less than what the Biden Cancer Initiative paid its president, Greg Simon, who pocketed $224,539 in 2017 and $429,850 in 2018. Charity Navigator’s primary criterion for rating charities is whether they “spend at least 75% of their expenses directly on their programs.”

Greg Simon is an old buddy of Biden’s from the Obama administration. And there were others who profited from their association with Biden according to the WFB.

Simon was only one of several highly paid Biden Cancer Initiative executives. Carnival was also compensated handsomely, collecting a combined $391,897 in 2017 and 2018. Simon and Carnival were the only two individuals paid both years by the nonprofit. During its second year in operation, the initiative added others to its payroll, including director of communications Cecilia Arradaza (who was paid $171,012), director of engagement Lisa Simms Booth ($197,544), and director of science policy Catherine Young ($170,904).

The charity was funded “primarily through indirect money pledges from 57 partnerships, which included drug and health insurance companies.” Many of those companies had financial ties to the government. When Biden left the initiative to run for president, most of those “partnerships” ended up giving to his campaign.

The bottom line is that Biden Cancer Initiative spent 65 percent of its budget on executive compensation. Charity watchdogs like Charity Navigator recommend that 25 percent of a charity’s budget be spent to pay executives. The Biden charity was not in business to cure cancer. It was set up and run as just another cog in Biden’s presidential campaign apparatus.

Given Biden’s other questionable financial ties, including his son Hunter’s dealings in Ukraine and his brother James’ shady connection to a billion dollar construction company, the former vice president’s financial dealings could bear some major scrutiny.

If we had a media that was curious enough to look.