Prepare for the Great Decoupling – Deplatforming moves downstream to WordPress.com and Mailchimp

by William A. Jacobson

The unrelenting deplatforming pressure from the left leaves non-leftists no choice but to prepare for decoupling on our own terms. 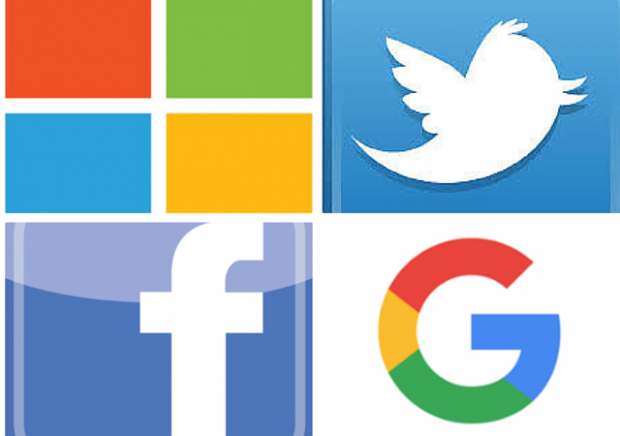 In the past day there have been two very disturbing developments in internet deplatforming.

We are all familiar with deplatforming from major social media services such as Facebook and Twitter, as well as those platforms outright silencing important news that harms Democrats, like the Biden family influence peddling scandal. Twitter regularly now places notices or restrictions even on Trump’s tweet on the allegation that his opinions on the election are disputed. In the four years Trump as been the subject of dishonest and malicious conspiracy claims, particularly Russia collusion, I can’t remember Twitter ever placing such restrictions on the tweets from Adam Schiff, other Democrat politicians, or mainstream media outlets peddling that disinformation.

The two recent developments take it to a new level.

First, The Conservative Treehouse website says it received notification from WordPress.com that “… given the incompatibility between your site’s content and our terms, you need to find a new hosting provider and must migrate the site by Wednesday, December 2nd.”

WordPress.com should not be confused with the WordPress website software. WordPress.com is a hosting platform owned by Automattic:

Automattic owns and operates WordPress.com, which is a hosted version of the open source WordPress software with added features for security, speed and support. Please append “.com” when referencing our product name.

WordPress is open source software, which is written, maintained, and supported by thousands of independent contributors worldwide. Automattic is a major contributor to the WordPress open source project.

Legal Insurrection uses WordPress software, but we are not hosted by WordPress.com.

I have emailed Automattic asking them to confirm or deny the story as related by the Treehouse, but have received no response. This form of deplatforming is particularly troubling. Longtime readers may recall that one of the main reasons we left Google Blogger (blogspot.com) in 2011 was fear of being deplatformed by Google.

Two and one-half years later, after almost 8 million visits and 10 million page views, I’m moving away from Blogger.  I made the decision even before the Big Blogger Blackout of 2011, but that event confirmed my view that I no longer was comfortable relying on the goodwill of Google.

We are now self-hosted, but retain the fear that our host could turn out the lights on a whim or more likely, under some sort of political pressure. We back up the website off-platform every night, and have been assured by our tech team that we would be up and running elsewhere quickly if that were to happen.

But what if that “elsewhere” refused to take us under the same pressure. If we were a left-wing website, we would have no such worries because leftists almost never get deplatformed. At least WordPress.com gave the Treehouse notice, but the chilling effect is there. Not only do non-leftists risk deplatforming on Twitter and Facebook, now it’s moved to hosting services.

Second, the Northern Virginia Tea Party has been deplatformed by Mailchimp, as Luke Rosiak reports:

Mailchimp, a common email delivery service, has refused to provide service to the Northern Virginia Tea Party, citing that it violates their terms of agreement about “potential… misinformation.” It had attempted to notify members about a recount rally.

We used to use Mailchimp for our Morning Insurrection newsletter. We switched to Salsa Labs for reasons unrelated to Mailchimp itself (Salsa Labs integrates many functions into one platform, including donations). While I worried about being deplatformed by Google Blogger, I never even considered that an email service like Mailchimp would review the content of our newsletters and refuse service because it disapproved of our opinions (as opposed to using the service for an illegal purpose).

Deplatforming is moving downstream when two of the best-known and largest hosting and email marketing services start censoring users who otherwise are conducting lawful business on their platforms.

Non-leftists (notice, I didn’t say “conservatives”) need to prepare to decouple. The creation of Parler, funded by conservative Rebekka Mercer, is the future. We need our own platforms, and we need to decouple on our own terms.

There needs to be a place to go. We’re at Parler, and in two months have amassed over 200,000 followers, by contrast, we’ve been on Twitter for a decade and have been stuck a under 40,000 followers for years. We’ve also opened a platform at MeWe, as a refuge for the day when we are deplatformed by Facebook, where our “reach” has stagnated and decreased in the past couple of years. Hopefully alternative non-leftist internet platforms will continue to expand.

The unrelenting pressure from the left leaves us no choice but to prepare for decoupling on our own terms. Others should prepare for the eventuality as well.