DLA Piper, a multinational law firm, boasts nearly 30 years of experience in China and over 140 lawyers dedicated to its “China Investment Services” branch.

Harris’s links to the company are found with her husband, Douglas Emhoff, who has served as a Partner in the firm’s Intellectual Property and Technology practice and its Media, Sport, and Entertainment sector since 2017.

DLA Piper boasts of having “long-established and embedded “China Desks” in both the U.S. and Europe” to assist their China-focused consulting, prompting questions about how the firm’s potential proximity to the White House could be leveraged by DLA Piper, exploited by the Chinese Communist Party, or represent a financial conflict of interest for the Vice Presidential candidate. 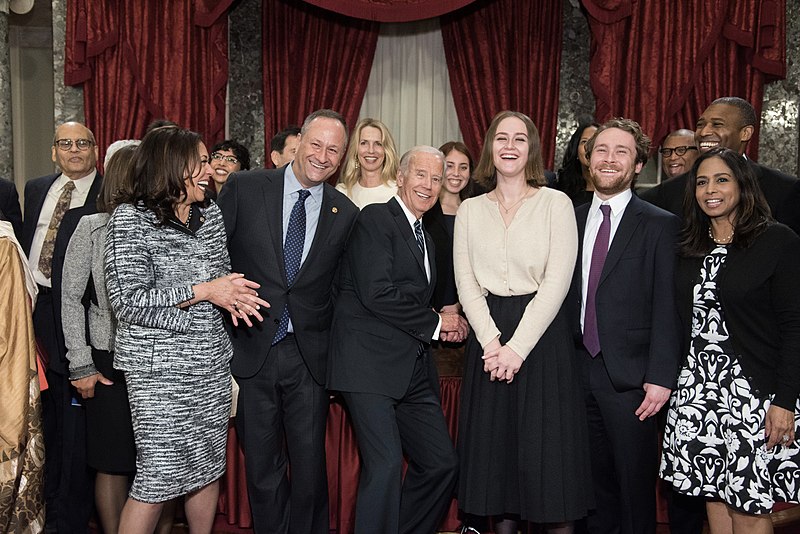 Ernest Yang, who serves as the firm’s Head of Litigation & Regulatory department and Co-Head of International Arbitration, was appointed to the Chinese People’s Political Consultative Conference (CPPCC)  in 2013. The CPPCC serves as the top advisory board for the Chinese Communist Party, and Yang was promoted to the body’s Standing Committee in 2019.

Jessica Zhao, a Senior Advisor, served as the Deputy Secretary General of the China International Economic and Trade Arbitration Commission (CIETAC), a government-owned body established by the Chinese Communist Party in 1956. It was developed under the auspices of the China Council for the Promotion of International Trade, “a governmental body for the furtherance of Chinese trade promotion.”

Other high-level employees, such as Gloria Liu, who serves as Partner, have “represented lead investors” in deals with Bytedance, the parent company of TikTok, a controversial app is set to be banned by President Trump for its compromising links to the Chinese Communist Party.

The hires serve to bolster DLA Piper’s China operation, which it outlines as necessitating “liaising with the central and local authorities” in China.

It’s not surprising, therefore, that American DLA Piper lawyers have worked on behalf of the Chinese government. Consultant James Phillips, for example, identifies himself as having “advised” the Chinese Embassy in Canberra, Australia.

DLA Piper has engaged in a bevy of business deals that have left them on the payroll of the Chinese Communist Party.

The company listed itself as an adviser to two government-owned airlines: China Eastern Airlines and China Southern Airlines.

DLA Piper has also advised China Merchants Group (CMG), a state-owned company “under the direct supervision” of the Chinese Communist Party’s State Council, on a $2.5 billion tech deal. CMG also identifies itself as a “crucial participant and promoter of the national initiative of the Belt and Road,” the Chinese Communist Party’s scheme to expand its economic and political control across the developing world.

Tencent, the host of the WeChat app which is set to banned by the Trump administration for its compromising links to the Chinese Communist Party, partnered with DLA Piper on a $230 million deal with the Chinese tech giant’s food delivery app known as Miss Fresh.

Despite the former Defense Secretary slamming President Trump as a “tyrant,” his firm similarly employs a host of high-level Chinese Communist Party apparatchiks and has advised party officials as part of a Harvard program which counts attendance from entities sanctioned by the Trump administration for committing “serious human rights abuses.”

While Emhoff is “currently on a leave of absence from the firm,” presumably in relation to Harris’s Vice Presidential bid, his ties to the company are eerily similar to Joe Biden’s son Hunter profiting immensely from billion-dollar business deals with the Chinese Communist Party.