Anyone even considering the COVID-19 vaccine needs to read this—and this is from the MSM!

Could mRNA COVID-19 vaccines be dangerous in the long-term?

‘There is a race to get the public vaccinated, so we are willing to take more risk.’ 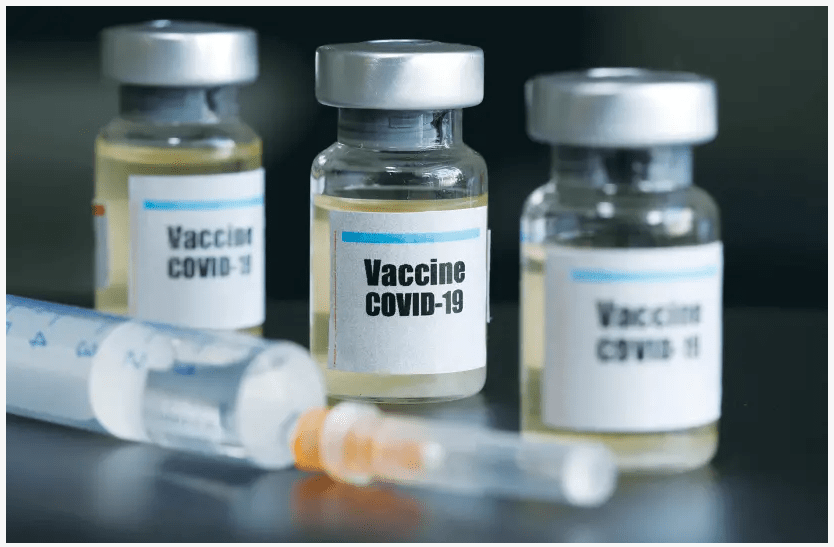 Israelis celebrated on Friday when Prime Minister Benjamin Netanyahu announced that the country had signed a deal with Pfizer Inc. to buy its novel coronavirus vaccine. But the fact remains that if Pfizer succeeds – or Moderna, with whom Israel also has a contract – these will be the first-ever messenger RNA (mRNA) vaccines brought to market for human patients.

In order to receive Food and Drug Administration approval, the companies will have to prove there are no immediate or short-term negative health effects from taking the vaccines. But when the world begins inoculating itself with these completely new and revolutionary vaccines, it will know virtually nothing about their long-term effects.

“There is a race to get the public vaccinated, so we are willing to take more risks,” Tal Brosh, head of the Infectious Disease Unit at Samson Assuta Ashdod Hospital, told The Jerusalem Post.

When Moderna was just finishing its Phase I trial, The Independent wrote about the vaccine and described it this way: “It uses a sequence of genetic RNA material produced in a lab that, when injected into your body, must invade your cells and hijack your cells’ protein-making machinery called ribosomes to produce the viral components that subsequently train your immune system to fight the virus.”

“In this case, Moderna’s mRNA-1273 is programmed to make your cells produce the coronavirus’ infamous coronavirus spike protein that gives the virus its crown-like appearance (corona is crown in Latin) for which it is named,” wrote The Independent.

Brosh said that this does not mean the vaccine changes people’s genetic code. Rather, he said it is more like a USB device (the mRNA) that is inserted into a computer (your body). It does not impact the hard drive of the computer but runs a certain program.

But he acknowledged that there are unique and unknown risks to messenger RNA vaccines, including local and systemic inflammatory responses that could lead to autoimmune conditions.

An article published by the National Center for Biotechnology Information, a division of the National Institutes of Health, said other risks include the bio-distribution and persistence of the induced immunogen expression; possible development of auto-reactive antibodies; and toxic effects of any non-native nucleotides and delivery system components.

Brosh compared the mRNA vaccine to traditional vaccines, such as those for influenza, which use an inactivated virus that was destroyed by heat or chemicals to elicit an immune response without infecting the recipient. Others, such as for measles or mumps, use a weakened virus that is unable to hurt you but can still train your immune system to fight it.

Oxford University’s AstraZeneca, the Russian’s Sputnik V and the Israel Institute for Biological Research’s Brilife are all based on more traditional technologies.

BUT MICHAL LINIAL, a professor of biological chemistry at the Hebrew University of Jerusalem, told the Post that she believes there is no cause for concern.

Linial explained that “mRNA is a very fragile molecule, meaning it can be destroyed very easily… If you put mRNA on the table, for example, in a minute there will not be any mRNA leftover. This is as opposed to DNA, which is as stable as you get.”

She said that this fragility is true of the mRNA of any living thing, whether it belongs to a plant, bacteria, virus or human.

As such, she said the worry should not be that the mRNA won’t get into the cells and instead will stay outside, floating in the body and causing some kind of reaction. Rather the concern should be that if it doesn’t enter the cells, it will disintegrate and therefore be ineffective.

She said that while Moderna and Pfizer are based on new vaccine technologies, they are asking our bodies to do something they do every day: protein synthesis, the process where cells make proteins.

Moderna and Pfizer are simply delivering a specific mRNA sequence to our cells. Once the mRNA is in the cell, human biology takes over. Ribosomes read the code and build the protein, and the cells express the protein in the body.

Linial said she believes that the reason no mRNA vaccine has been developed yet is because there was just no need to move this fast on a vaccine until COVID-19 came along. She noted that most of the vaccines people take today were developed decades ago.

She said her concerns have less to do with the use of mRNA and more to do with the long-term efficacy of the vaccine, as well as other challenges that could cause something to go wrong and lead people to believe they are vaccinated when they are not.

For example, she said that because mRNA is so fragile, the Pfizer vaccine must be stored at negative 70 degrees Celsius. If the ideal environment is not maintained, the vaccine could “spoil” and become ineffective.

In addition, she said several questions remain, such as whether these vaccines will really be able to mount a sufficiently protective immune response and how long that immunity would last.

“It would be the worst [scenario] if people behave like they are immune but can still become infected,” Linial said.

Brosh added that the country and the world should be cautious about any of the vaccine candidates until the final results of their Phase III trials are peer-reviewed and published. But he said that once those studies are published and the vaccines approved, it will be OK to take them.

“We will have a safety profile for only a certain number of months, so if there is a long-term effect after two years, we cannot know,” Brosh said, adding that we could wait two years to discover them, “but then we would have the coronavirus for two more years.”

Linial expressed similar sentiments: “Classical vaccines were designed to take 10 years to develop. I don’t think the world can wait for a classical vaccine.”

But when asked if she would take the vaccine right away, she responded: “I won’t be taking it immediately – probably not for at least the coming year,” she told the Post. “We have to wait and see whether it really works.”