Europeans are waking up about COVIDcon! Sea change taking place in Denmark

Would have given authorities power to have police restrain and inject refusniks. 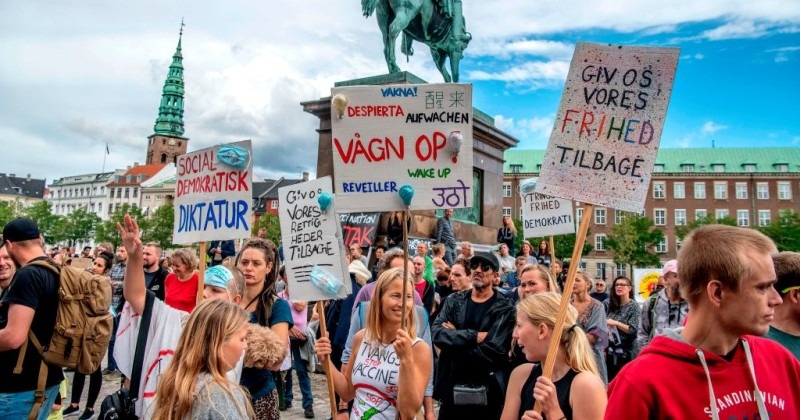 A law in Denmark that would have given authorities the power to forcibly inject people with a coronavirus vaccine has been abandoned after nine days of public protests.

The ‘epidemic law’ would have handed the Danish government the power to enact mandatory quarantine measures against anyone infected with a dangerous disease, but it was the part about vaccinations that caused the biggest uproar.

“The Danish Health Authority would be able to define groups of people who must be vaccinated in order to contain and eliminate a dangerous disease,” reports the Local.

“People who refuse the above can – in some situations – be coerced through physical detainment, with police allowed to assist.”

However, after nine straight days of protests against the new law, it has now been scrapped.

With a coronavirus vaccine within sight, governments across the world are mulling over what punitive measures to bring against those who refuse to take it.

Last week we highlighted how both Ticketmaster and airline companies are considering barring people from entering venues and flying if they cannot prove they have taken the vaccine.

So while public protests may be able to prevent authorities carrying out forced vaccinations, people who refuse to take the shot may find it virtually impossible to enjoy any kind of social life, use public transport, or even find employment.