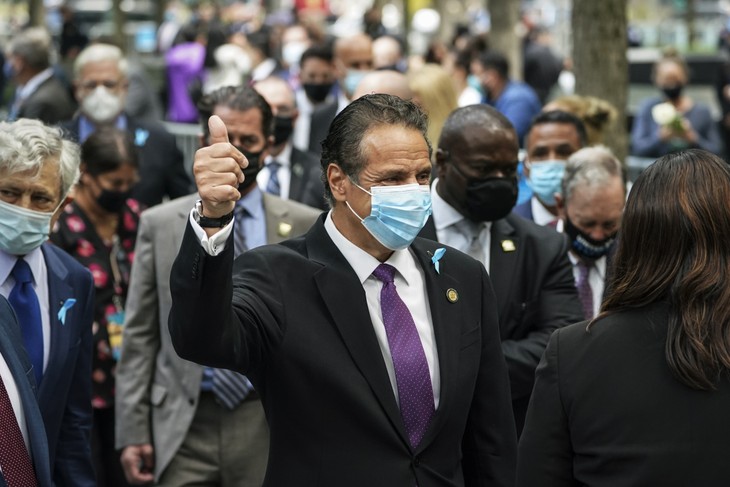 Saratoga County Sheriff Michael Zurlo summed up the sheriffs’ objections nicely. “I can’t see how devoting our resources to counting cars in citizens’ driveways or investigating how much turkey and dressing they’ve purchased is for the public good,” Zurlo said in a press release.

This has nothing to do with “virus fatigue,” it’s a common-sense rebellion against insanity.

“Frankly, I am not sure it could sustain a Constitutional challenge in Court for several reasons including your house is your castle,” the sheriff wrote in the Saturday post.

“And as a Sheriff with a law degree I couldn’t in good faith attempt to defend it Court, so I won’t,” he said.

The time has passed when grasping politicians can use the public health crisis to impose unconstitutional restrictions on citizens. The Great Virus Scare of 2020 is over and if Joe Biden tries to bring it back, he won’t find meek and mild sheep doing everything the experts are telling them to do.

This, from a Mississippi public health official is typical of the scaremongering that isn’t going to work anymore: “It’s going to happen. You’re going to say hi at Thanksgiving, it’s so nice to see you, and you’re either going to be visiting her by Facetime in the ICU or planning a small funeral by Christmas,” the MSMA president said.

As for the sheriffs, they’re telling Cuomo that if he wants to keep people apart, he can do it himself.

Giardino noted his office, with limited resources, has scant legal options to enter private homes other than search warrants, invitations or under an “emergency circumstance.”

“We have limited resources and we have to set priorities, so obtaining a Search Warrant to enter your home to see how many Turkey or Tofu eaters are present is not a priority,” Giardino wrote.

This is something Cuomo would know if he weren’t such an arrogant, elitist, snob. Apparently, he thinks that simply by snapping his fingers and issuing a decree, his will becomes law. Sic Semper Tyrannus, baby.

I have no intention of visiting anyone at Thanksgiving, but that’s my choice. I would suggest that if you do visit relatives that you take simple, common-sense precautions. As far as “planning a small funeral by Christmas” for those who want to visit, Cuomo and other public health dragoons might be surprised at the number of older people with pre-existing conditions who have decided to stay home — all on their own without any help from the government in making the choice.

Turns out most citizens in America aren’t ten-year-old children who constantly have to be told what to do.