‘105% confident’ that Biden will never be president 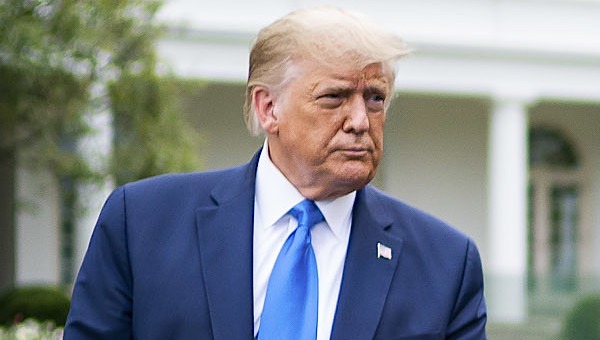 “I’ve seen sworn affidavits, I’ve seen sworn video statements,” he said Monday in a Newsmax TV interview with Howie Carr. “I think that Rudy and Sidney have done a magnificent job in a short period of time of piecing together a solid legal case on what was intended to be a complicated scheme of fraud as it relates to the voting machines.”

Wood, who explained he’s assisting the Trump campaign’s legal fight in an unofficial capacity, was referring to the equipment used by the Canada-based company Dominion Voting Systems. Powell has said she and her team are preparing to release evidence that will “overturn election results in multiple states,” claiming U.S. election software switched “millions of votes” from Trump to Biden.

Known for representing Richard Jewell and recently Kentucky teen Nicholas Sandmann, Wood said that “when you boil it down, it simply amounts to the fact that the United States of America was relying on voting machines that were subject to manipulation.”

He said “things are going to be rapidly developing over the course of the next few days, because the evidence of the computer voting fraud is mounting daily.”

Last week, Wood said he was 100% confident that Biden will never become president of the United States.

Carr asked him Monday if he is as confident now as he was then.

“To answer that would be unequivocally yes,” the attorney replied. “I was 100% confident last week, so I can’t say I’m more confident.

“But just for the sake of trying to tell you where I am in terms of the information I’m aware of, let’s just say I’m 105% confident this week.”

A Dominion Voting Systems spokesman said Nov. 12 the company “categorically denies any claims about any vote switching or alleged software issues with our voting systems.”

“Our systems continue to reliably and accurately count ballots, and state and local election authorities have publicly confirmed the integrity of the process,” the spokesman said.

‘Proof I can’t disclose yet’

In a Fox Business interview with Maria Bartiromo on Monday, Giuliani confirmed he has affidavits from “people who can describe the hardware in great detail” as well as “proof I can’t disclose yet.”

Noting the election results must be certified by Dec. 13, before the Electoral College vote, Bartiromo asked Giuliani if there is enough time to “prosecute and be heard.”

“Of course,” Giuliani replied. “And I can’t imagine how a state legislature can certify based upon ballots we had no opportunity to inspect. And it was done deliberately.”

Powell told Lou Dobbs in a Fox Business interview Monday night that she had just received “evidence from a first-hand witness” regarding the design of the Smartmatic software, which he says is “in the DNA of every vote tabulating company’s software and system.”

She described the witness as a “high-ranking military officer who was present when Smartmatic was designed in a way that the system could change the vote of each voter without being detected.”

The whistleblower, reported the Epoch Times, was a member of Hugo Chavez’s security detail.

He states in his affidavit: “I was witness to the creation and operation of a sophisticated electronic voting system that permitted the leaders of the Venezuelan government to manipulate the tabulation of votes for national and local elections and select the winner of those elections in order to gain and maintain their power.”

The whistleblower said that from that point, Chavez never lost an election for himself and his party, down to mayorships.

The whistleblower claimed the “software and fundamental design of the electronic electoral system and software of Dominion and other election tabulating companies relies upon software that is a descendant of the Smartmatic Electoral Management System.”

The CEO of Smartmatic, Antonio Mugica, admitted in an Associated Press interview in August 2017 that his company’s machines and software created at least 1 million votes for Hugo Chavez in Venezuela.

He noted that election observers were not present when the Smartmatic machines were used to steal the election.