Reason for raid rumored to be doctor’s anti-lockdown activity. 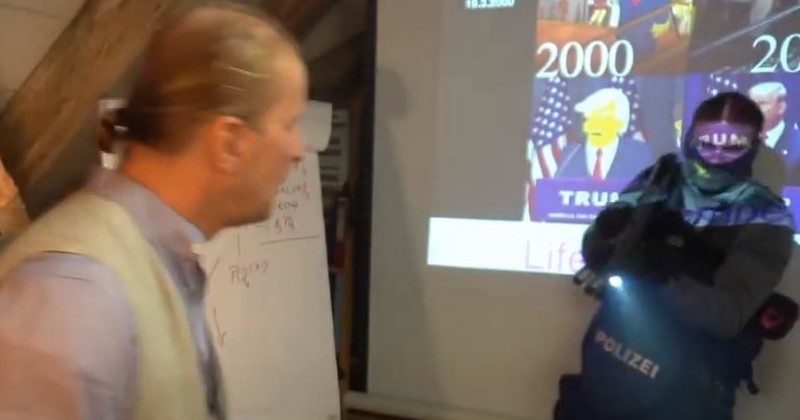 Shocking footage out of Germany shows Doctor Andreas Noack being raided by armed police in the middle of a YouTube stream for apparently violating coronavirus laws.

The clip shows Noack in conversation with someone during the live stream before he is distracted by noises outside his door.

Banging is then heard along with screams of “Polizei!” before armed cops are seen entering and ordering Noack to get on the floor, as he is treated like some kind of violent terrorist.

As Noack is handcuffed, a police officer in a mask then appears to try to shut down the live stream but only succeeds in diverting the camera.

Speclation raged on Twitter as to the reason for the raid, with some suggesting Noack had been active in treating injured protesters at anti-lockdown demonstrations.

Others suggested the reason was that Noack had welcomed too many people into his house, violating COVID-19 restrictions on gatherings.

“I think the guy is guilty of expressing his opinions,” said another respondent.

“They’ve turned back the clock to the 1930’s,” remarked another.

Germany has seen numerous massive anti-lockdown protests, including one yesterday in Berlin during which police hit protesters with water cannons.

As we previously highlighted, a pregnant mother in Australia received a home visit and was arrested by police for the crime of helping to organize an anti-lockdown protest on Facebook.