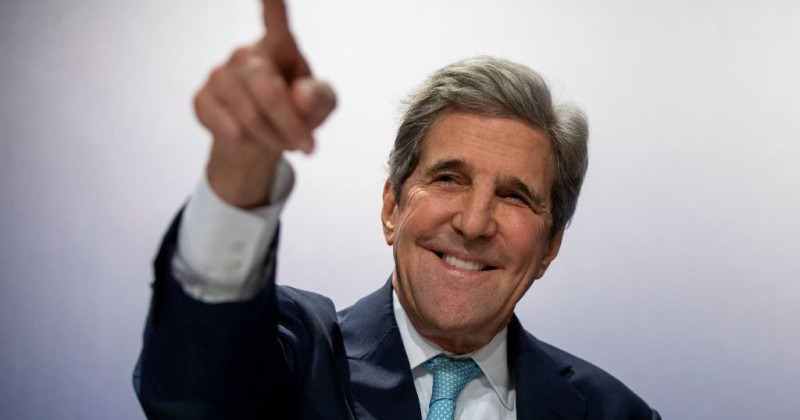 Former Secretary of State John Kerry attended a panel discussion at the World Economic Forum during which he asserted that a great reset was urgently needed to stop the rise of populism.

Kerry vowed that under a Biden administration, America would rejoin the job-killing Paris Climate Agreement but that this was “not enough.”

“The notion of a reset is more important than ever before,” Kerry said. “I personally believe … we’re at the dawn of an extremely exciting time.”

The former Senator made it clear that this “reset,” which is merely a re-branding of the same new world order that has faced stiff resistance for the past two decades, is necessary to extinguish populism.

“I think Europe has to look at that with Brexit and the rising national populism — nationalistic populism,” said Kerry. “Which is really one of the priorities that we all have to address. You can’t dismiss it.”

Speaking about how Trump increased his vote in 2020, Kerry noted, “What astounds me is that as many people still voted for the level of chaos and breach of law and order and breaking the standards and … I think that, the underlying reason for that is something that everybody has to examine.”

European Commission President Ursula von der Leyen also welcomed the prospect of Biden as a “friend in the White House” to the globalists and said the two entities would work on “a new rulebook for the digital economy and the digital society.”

“The need for global cooperation and this acceleration of change will both be drivers of the Great Reset. And I see this as an unprecedented opportunity,” said von der Leyen.

As we have exhaustively documented, “The Great Reset” is merely the latest incarnation of the agenda to centralize power into the hands of a tiny elite, disenfranchising Americans, lowering their living standards and forcing them to submit to a social credit score system that will eliminate all privacy and personal autonomy.

As we reported yesterday, legacy media outlets like the New York Times are still claiming the “Great Reset” is a “conspiracy theory” even as world leaders openly announce it.

For a full break down of what “The Great Reset” truly represents, watch the interview below.