Why has book burning become acceptable on college campuses? 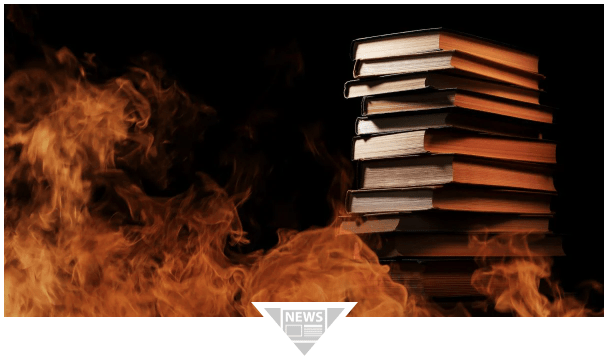 The ACLU and College Professors are Encouraging Book Burnings

Are you ready for this week’s absurdity? Here’s our Friday roll-up of the most ridiculous stories from around the world that are threats to your liberty, risks to your prosperity… and on occasion, inspiring poetic justice.

ACLU and Professor Team Up to Encourage Book Burnings

Abigail Shrier has committed the ultimate sin: she has a different opinion than the woke mob. And that is an unforgivable transgression.

Shrier’s new book is called Irreversible Damage: The Transgender Craze Seducing Our Daughters, and she discusses some very strong views, such as that children shouldn’t be coaxed into taking life-altering hormones.

This is a controversial topic for many people, and they can choose to support or argue against Shrier’s opinions.

But that’s not how the woke mob works. They don’t use logic and debate to engage in intellectual discourse.

Instead, they simply rage– what Isaac Asimov described as “the last resource of fools.”

So naturally Twitter is jumping all over this book and trying to cancel it.

Target– the mega retail chain with stores all over the Land of the Free, already buckled, and decided to pull the book because apparently it’s full of hate speech.

(Never mind that Target continues to sell White Fragility, which is also full of hate speech that accuses roughly half the country of being White Supremacists…)

But more surprising is that Chase Strangio, a deputy director with the ACLU, is one of the Twitter mobsters.

Strangio recently Tweeted, “We have to fight these ideas… Stopping the circulation of this book and these ideas is 100% a hill I will die on.”

Remember, Strangio is with the ACLU, where the ‘C’ and ‘L’ stand for ‘Civil Liberties’. And last time I checked, civil liberties include freedom of speech. How quaint.

Also joining the mob is a Professor of English from the University of California’s Berkely campus, who encourages people to steal and burn the book.

That’s right, our cultural overseers are now advocating literal book burnings in the Land of the Free.