Trump Slams Georgia Gov. Kemp: ‘What Is He Hiding?’ 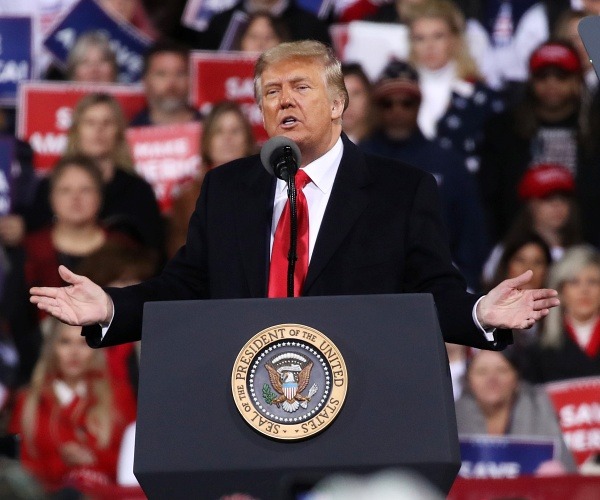 “The Republican Governor of Georgia refuses to do signature verification, which would give us an easy win,” Trump tweeted Monday morning. “What’s wrong with this guy? What is he hiding?”

Kemp says he has backed the verification on several occasions, tweeting on Dec. 5: “As I told the President this morning, I’ve publicly called for a signature audit three times (11/20, 11/24, 12/3) to restore confidence in our election process and to ensure that only legal votes are counted in Georgia.”

A signature verification would need to be court-ordered to be performed, according to Georgia Secretary of State Brad Raffensperger.

Georgia is set to recertify its presidential election results later Monday for Joe Biden following three counts of ballots, according to Raffensperger.

“We have now counted legally cast ballots three times and the results remain unchanged,” Raffensperger said during a press conference Monday morning. “Whether it is the President of the United States or a failed gubernatorial candidate, disinformation regarding election administration should be condemned and rejected. Integrity matters. Truth matters.”

“Today, the secretary of state’s office will be recertifying our state’s election results. Then the safe harbor, under the United States code to name electors, is tomorrow, and then they will meet on December 14 to officially elect the next President.”