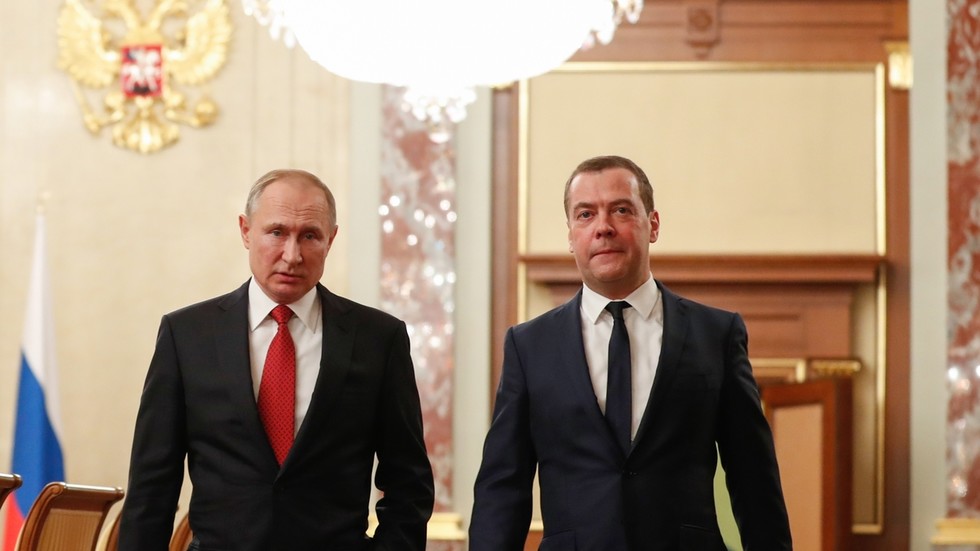 They say life comes at you fast. A seemingly routine ‘state-of-the-nation’ address by Vladimir Putin unexpectedly turned into one of the most memorable afternoons in recent Russian political history.

On Wednesday, Russia’s government resigned. Dmitry Medvedev departed the political frontline, and Vladimir Putin effectively confirmed that he will leave the presidency at the end of his present term, suggesting Mikhail Mishustin as the new Russian prime minister. As Van Morrison once crooned, there will be days like this.

And it’s only the 15th of January. A week after Russians observed Orthodox Christmas, and a fortnight since they celebrated New Year, it didn’t take long for real business to resume.

In the morning, Mishustin was so unknown outside of Russia that he didn’t even have an English language Wikipedia page. And his profile inside the country was minor, beyond the world of political and administrative wonks.

But there’s no doubt he’s an effective manager. As the head of the Russian tax service he’s been a tremendous success. Revenues have risen by around 20 percent under his watch despite only a 2 percent rise in the tax burden itself. Indeed, only last year the Financial Times dubbed him the “taxman of the future” for his role in rebuilding Russia’s tariff collection system into one of the most advanced and efficient in the world.

No mean feat in a country where tax avoidance was once, pretty much, a sort of national sport.

A native Muscovite, Mishustin, like Putin himself an avid hockey player, has been described as a “little known political figure in Russia… a bureaucrat, someone to get the job done.”

But the same sort of description could have been applied to Putin himself in 1999, and here were are, 21 years later.

Today, the president set out the roadmap for his exit from the Kremlin, more-or-less kicking off the build-up to the transition of power. He will step down in 2024, or perhaps even earlier, and he intends to dismantle the “hyper-Presidential” system which allowed him to wield so much control in office. This was introduced by Boris Yeltsin in 1993 with American support, after he had used tanks to fire on the Parliament.

Putin plans to give more powers to the latter body, with the prime minister, in particular, enjoying more authority. He also wants to bulk up the role of the State Council. Indeed, he will probably end up there himself after leaving office, in some sort of “elder statesman” role. The body will consist of heads of Russian regions and members of the Presidential Administration. It seems it will fulfill an advisory function.

To achieve these goals, Putin wants to reduce presidential powers and introduce a two-term limit. This would mean a maximum of 12 years in the Kremlin; he has already been there for 16. The broad vision is to have more checks and balances, with a weaker presidency and other branches of government strengthened.

Make no mistake, Putin’s goal is to preserve the system which he inherited from Yeltsin, and then tweaked. For all its faults, after a difficult birth it has given Russians the greatest freedom and prosperity they have ever known. Even if much work remains to be done on distributing economic gains more fairly.

Putin’s place in history would then be much the same as Franklin Delano Roosevelt’s in America, a unique four-term president who repaired the country after a financial & social catastrophe (in Russia’s case the Soviet collapse and the disastrous 1990s). This also fits with what insiders in Moscow frequently point out: Putin wants to be remembered well by history. A status enjoyed by relatively few Russian leaders.

One notable suggestion is that future presidents must have lived in Russia for 25 continuous years before taking office, and have never held a foreign passport or residency permit. This would bar a lot of the Western-leaning Moscow opposition from running. Not to mention a large swathe of Russian liberals, a great many of whom have lived abroad at some point. Interestingly, if this rule had existed in 2000 Vladimir Putin himself wouldn’t have been able to become Russia’s president. He lived in Germany from 1985-1990 (albeit on state duty).

The proposed changes will likely be made after public votes on them, to ensure broad consent. Even though they could be passed by the Duma. Rumors suggest it may be held in September.

Putin also addressed many domestic concerns in his speech today. He promised the increase of salaries for teachers and more childcare facilities, introduced free hot lunches for children in the initial four school years and extended child benefit by 48 months.

As for Medvedev, he hasn’t been cast aside. Instead, the former president has been moved to a semi-ceremonial, but still prestigious, role ending a twelve-year “tandem” where he governed Russia with Putin. It would be a mistake to write him off politically, but it would be surprising if he wields the same clout again.

As they shook hands, and Medvedev left the Kremlin for the final time as prime minister, Putin told him “not everything worked out, but it’s never the case that everything works out.”

Nevertheless, Putin will hope “everything works out” for the eventual power transition in Russia. A process that has now begun.