Why did the father of Elon Musk really marry his step-daughter?

Elon Musk’s Estranged Father Had a Baby with His Stepdaughter: ‘You Can Call It God’s Plan’ 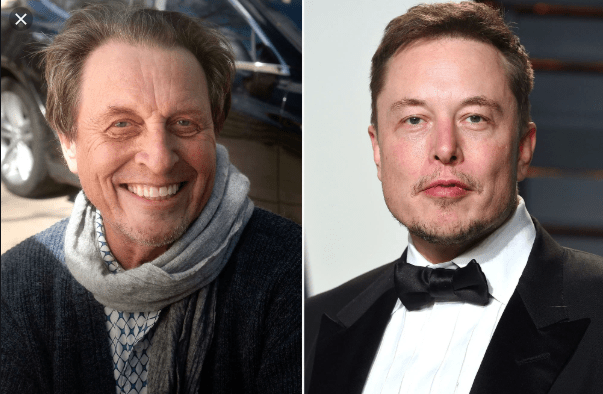 Errol Musk has a baby boy with Jana Bezuidenhout, a 30-year-old woman who was 4 years old when her mother Heidi married him

The estranged dad of billionaire entrepreneur Elon Musk is speaking out about fathering a child with his stepdaughter.

Errol Musk, 72, recently told The Sunday Times of London that he has a baby boy with Jana Bezuidenhout, a 30-year-old woman who was 4 years old when her mother Heidi married him. Although Heidi and Errol had two children together and were married for 18 years before divorcing, Errol did not consider Bezuidenhout to be his stepdaughter, saying she spent most her time growing up away from the family.

Errol reconnected with Bezuidenhout while helping her get over a breakup.

“We were lonely, lost people,” he told The Sunday Times. “One thing led to another — you can call it God’s plan or nature’s plan.”

Errol admitted that he assumed the baby’s father was Bezuidenhout’s ex-boyfriend when she revealed she was pregnant and asked for a test, which proved his paternity.

Although the tech mogul’s father does not live with his new baby, he called his 10-month-old son Elliot Rush an “exquisite child” and said Bezuidenhout was a “delightful girl and a wonderful mother.”

Errol confirmed the baby’s paternity to The Daily Mail this month and shared that word got out to his family after confiding in his daughter Ali, who he “thought she would be supportive and understanding.”

“She said I was insane, mentally ill. She told the others and they went berserk,” he explained. “They think I’m getting senile and should go into an old age home, not have a life full of fun and a tiny baby.”

Errol and Jana’s relationship is believed to be the reason behind Elon’s schism from his father, a family source told The Daily Mail.

“The whole family was outraged when we found out,” said the insider. “This is the reason why Elon is so angry with Errol. He is the only father she has ever known. And now he is the father of her child as well.”

Elon made his estrangement from his father known in a Nov. 2017 interview with Rolling Stone, in which he called Errol “a terrible human being.”

“My dad will have a carefully thought-out plan of evil,” the head of Tesla and SpaceX revealed. “He will plan evil.”