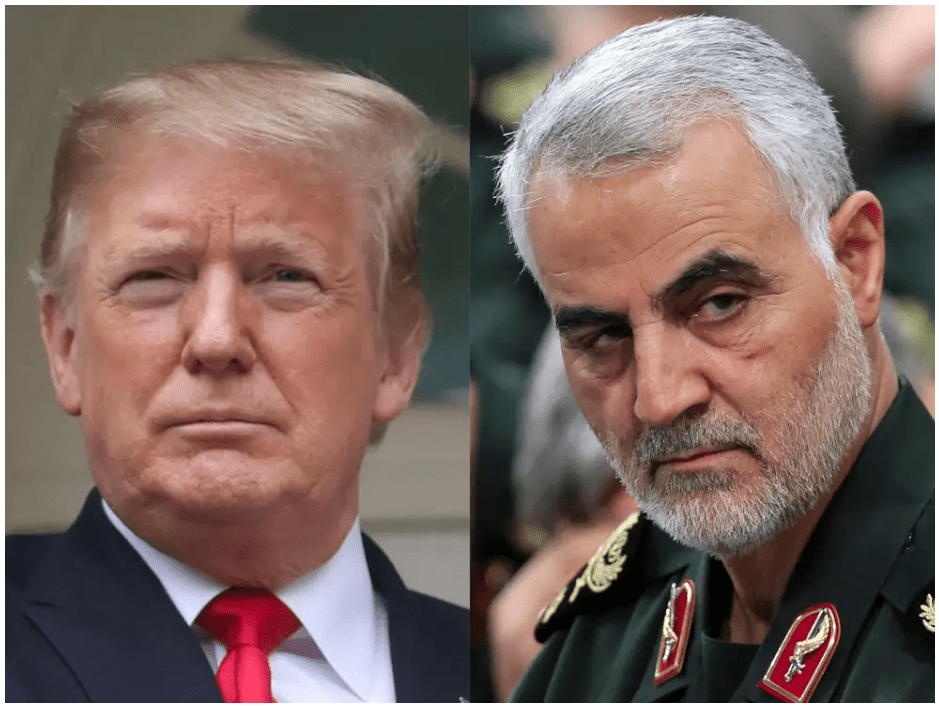 Iran will pursue war-crimes charges against President Donald Trump at the International Criminal Court in the Hague over the January 3 assassination of its top commander, Gen. Qassem Soleimani, outside Baghdad’s international airport, according to Gholam Hossein Esmaeili, the spokesman for Iran’s top judicial authorities.

“We intend to file lawsuits in the Islamic Republic, Iraq and The Hague Court [International Court of Justice] against the military and government of America and against Trump,” Esmaeili said at a Tuesday press conference.

“There is no doubt that the US military has done a terrorist act assassinating Guards Commander Lt. Gen. Soleimani and Second-in-Command of Iraq Popular Mobilization Units (PMU) Abu Mahdi al-Muhandis … and Trump has confessed doing the crime.”

Since the killing, Iran’s leadership has vowed political, military, and legal revenge for what they call an unlawful killing of one of their greatest military heroes.

Soleimani was well known throughout the Middle East for his diplomatic and military acumen.

Iran’s response to the assassination so far has, however, been complicated by the accidental downing of a Ukrainian airliner last week.

While the US is not a signatory to the international court — US presidents have long contended the venue could be used by America’s enemies in cases like this to pressure its foreign policy — it still faces a public-relations burden if the case goes to trial.

This is because according to at least one internationally recognized expert, Iran could win.

Shortly after Soleimani’s death, Agnes Callamard, UN Special Rapporteur on Extra-Judicial Executions, tweeted that the bar for lethal action by a nation claiming self-defense — as the Trump administration has repeatedly claimed — is extremely high and requires an imminent threat that the US has so far failed to identify.

“The targeted killings of Qasem Soleimani and Abu Mahdi al Muhandi most likely violate international law [including] human rights law,” she wrote. “Lawful justifications for such killings are very narrowly defined and it is hard to imagine how any of these can apply to these killings.”

An attack needs to be imminent to justify such a killing, and this one may not meet the standard

In another tweet, Callamard explicitly broke down how the Trump administration’s claims that Soleimani posed an imminent and ongoing threat to US interests failed to reach the bar set by international law.

The White House statement “mentions that it aimed at ‘deterring future Iranian attack plans,'” she wrote. “This however is very vague. Future is not the same as imminent which is the time based test required under international law.”

A NATO military attaché based in the region told Business Insider that while the case has yet to be formally filed, it could pose significant problems for the US and its NATO partners, should the court rule against the Trump administration.

‘The case against the Americans is shockingly strong’

“Keeping distance between the Americans and Europe is most of Iran’s broader plan right now.”

“If this case happens — I suspect there are some reasons Iran might not want to take this mess to an international court for their own reasons — but if it does go forward, the case against the Americans is shockingly strong,” the official, who asked not to be named, said.

“On the face of it, the killing of Soleimani for reasons specifically cited by Trump is probably illegal. Do the Americans have a stronger case then they’re showing us?

“I would assume so, but there’s little chance of them participating in a Hague trial, so all the evidence will be what Iran delivers along with public statements.”

“And these statements will not look good in a courtroom,” the official added.