(Reuters) – President Donald Trump took aim at Virginia Democrats and their push to stiffen the state’s gun laws, saying that the U.S. Constitution was under attack just as thousands of armed militia members began arriving in Richmond for a Monday gun rally. 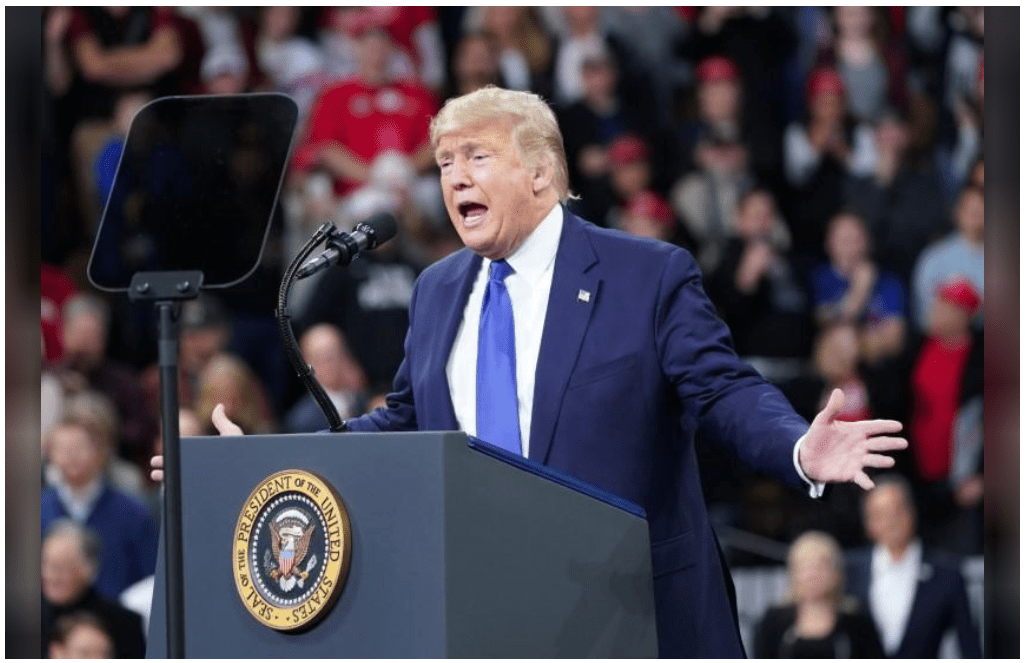 Trump doubled down with his support of gun enthusiasts in the state, which Hilary Clinton won in 2016 and where Democrats took full control of the state legislature for the first time in a generation in November, as candidates made passing stronger gun control laws a central campaign theme.

“Your 2nd Amendment is under very serious attack in the Great Commonwealth of Virginia,” Trump wrote in a post on Twitter Friday night, referring to the amendment in the Bill of Rights that gives Americans the right to keep and bear firearms. “That’s what happens when you vote for Democrats, they will take your guns away.”

The Virginia Senate late on Thursday passed bills to require background checks on all firearms sales, limit handgun purchases to one a month, and restore local governments’ right to ban weapons from public buildings and other venues.

Gun-control activists have reported a growing number of online death threats as the lawmakers press on and ahead of a rally by arms enthusiasts on Monday in Richmond, the state capital, which authorities are trying to keep from becoming violent.

Both Virginia legislative houses are expected to pass the new laws including universal background checks, a ban on assault rifles, and “red flag” laws that would allow courts and local law enforcement to remove guns from people deemed a risk to communities, among other measures.

Supporters say more restrictive laws would help decrease the number of people killed by guns each year. Gun-rights activists assert that the constitution guarantees their right to possess any firearm.

Militias, neo-Nazis and other groups have vowed to swarm the capital and police are expecting several thousand people at the pro-gun rally on Monday.

On Thursday, the FBI arrested three members of a small neo-Nazi group who authorities said hoped to ignite a race war through violent acts at the rally, reminiscent of a 2017 white supremacist rally in nearby Charlottesville.

That rally proved a critical moment in the rise of the “alt-right,” a loose alignment of fringe groups centered on white nationalism and emboldened by Trump’s 2016 election. Trump was criticized from the left and right for initially saying there were “fine people on both sides” of the dispute between neo-Nazis and their opponents at the rally.