Why did it take so long for Newsweek to fire the reporter who wrote the patently fake news? 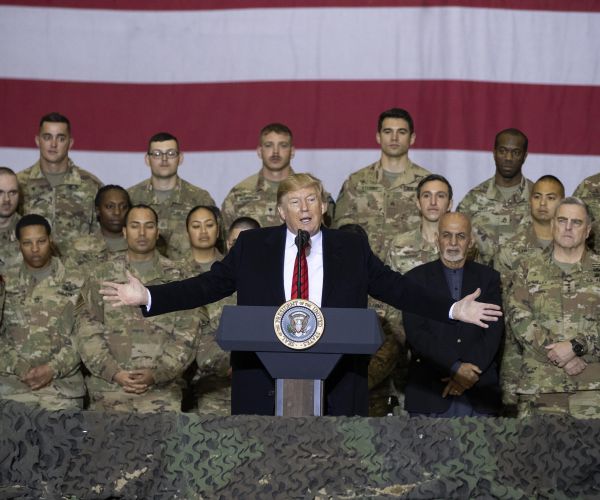 Newsweek has fired the writer whose article initially stated that President Donald Trump would spend Thanksgiving golfing and tweeting rather than visiting U.S. troops in Afghanistan, the Washington Examiner reported on Sunday.

The magazine told the Examiner that reporter Jessica Kwong was let go after the publications’s editors investigated “the failures that led to the publication of the inaccurate report.”

Newsweek added that “The story has been corrected, and the journalist responsible has been terminated. We will continue to review our processes and, if required, take further action.”

The president retweeted his son’s message, adding that “I thought Newsweek was out of business.”

Kwong told the Examiner that it was an honest mistake, as she was asked to do the Thanksgiving story in advance and filed it on Wednesday, a day before the president’s surprise trip became public.

She said that she notified the on-duty editor of the Afghanistan visit once she knew of it, but that the editor did not immediately update the story.

In response to Kwong’s claim, Trump Jr. wrote another tweet dismissing her explanation.

“It wasn’t an “honest mistake” you tried to dunk on Trump and ended up dunking on yourself because you couldn’t resist,” the president’s son wrote. “Notice how there’s never been a story that broke in Trump’s favor & had to be corrected the other way? These aren’t mistakes, they are a very consistent pattern.”