Researchers Pay Mexican Women to Get Pregnant Then Abort 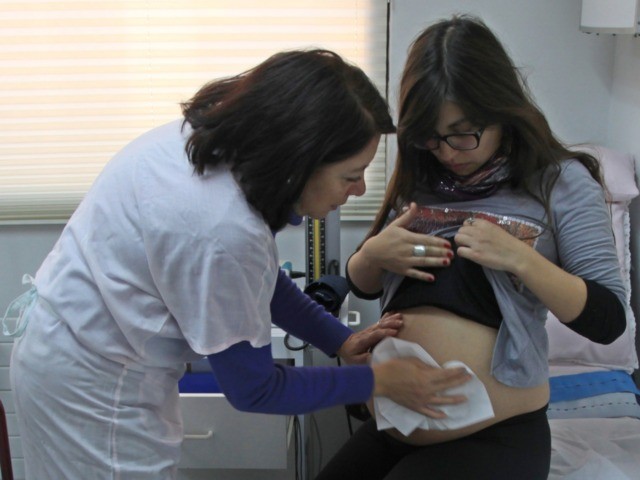 Researchers have conducted experiments on dozens of young Mexican women, paying them to be artificially inseminated and then extracting their embryos for analysis, NPR reported Thursday.

At a hospital near Puerto Vallarta, Mexico, reproductive geneticist Santiago Munne and his team injected the women with powerful hormones to stimulate their ovaries to produce eggs and then inseminated them with donor sperm. After four to six days, the team flushed out any resulting embryos from the uterus via a procedure known as “lavage.”

Some of the women underwent surgical or chemical abortions afterward, when it was discovered that some embryos might not have been successfully removed.

The stated purpose of the study was to discover whether it is clinically feasible to recover living human embryos by uterine lavage from fertile women for “preimplantation genetic testing” and compare them to similar embryos conceived by in vitro fertilization.

During the course of the experiment, the team harvested a total of 134 living embryos from 81 women they had recruited at Punta Mita Hospital in Mexico. Several of the embryos were eventually implanted in other women, resulting in the birth of three babies, and others were frozen.

While some colleagues have defended the experiment, others have denounced it as exploitative and unethical, suggesting that researchers undertake questionable practices on foreign soil that would be frowned upon in the United States, or what one bioethicist has termed “outsourcing ethics.”

“What this essentially does is use a woman’s body as a petri dish,” says Laurie Zoloth, a bioethicist at the University of Chicago. “And there’s something about that that seems so profoundly disturbing.”

Zoloth also suggested that paying the women around $1,400 to participate in the experiment — more than they would make in two months — may induce them to engage in activities they ordinarily wouldn’t.

“I think this research was unethical,” Zoloth said.

According to bioethicist Wesley Smith, the experiment was unethical on at least four fronts: creating human life for the purpose of experimentation, paying women to have abortions, treating women as objects, and dangerous hormonal hyperstimulation.

Munne, who carried out the experiments for CooperGenomics in Livingston, N.J., has defended the research, saying it was approved by the Ministry of Health of the State of Nayarit, in Mexico, as well as by the Western Institutional Review Board in the United States.

“We have now a method that can produce embryos that are of good quality or better than in vitro fertilization,” Munne said. “This is the first time that human embryos conceived naturally have been analyzed genetically to see if they are normal or not.”

“The advantage is that these embryos are conceived naturally — so you don’t need in vitro fertilization to do the genetic testing of the embryos. In theory, it should be much cheaper,” he said.