“KILL ZONE”: When a state senator warns the protesters about staged terrorism, you know something’s up! 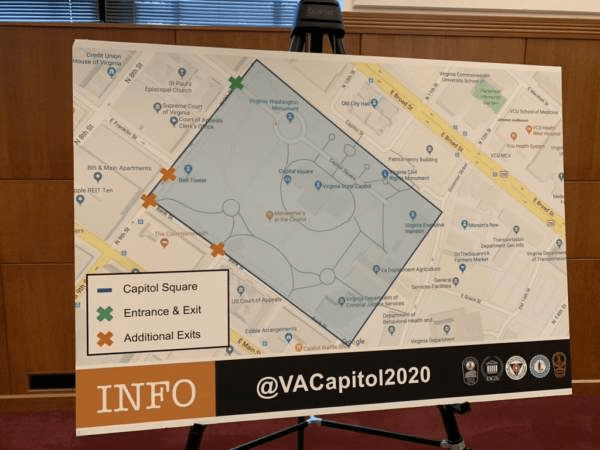 (Natural News) According to numerous media reports, all cited here, treasonous Democrats and the radical left-wing terrorism group Antifa are conspiring to stage violence during the Monday “Lobby Day” event in Richmond, Virginia. The goal of the staged violence is to falsely depict gun owners and Trump supporters as violent, lawless terrorists. In order to achieve this, Antifa is reportedly sending seven bus loads of Antifa members dressed as NRA supporters who will spark acts of violence that will be documented by CNN’s cameras and used to push a false media narrative leading to civil unrest or calls for the forced removal of President Trump.

“I’m in Richmond and have just received information from a very reliable source concerning Monday’s rally against the legislature’s gun grabs. Antifa have rented seven buses to bring in their thugs to cause trouble,” one source reported to National File. “The report says they will be wearing MAGA hats and wearing NRA garb. They will pretend to be pro gun people. Meanwhile others posing as democrats holding anti gun signs will stand on the side. The Antifa thugs, pretending to be pro gun, will attack the sign holders. Making it look like the pro gun people have started violence.  This is the plan. If you are attending the rally be aware. Be very careful…”

State Senator Amanda Chase issues warning, “We are being set up!”

Before that tip came in, Virginia State Senator Amanda Chase issued an urgent warning on her Facebook page, declaring, “We are being set up!” Here’s the full warning, via The Gateway Pundit:

I want you to be aware of how we are being set up.

Does the Patriot Act ring a bell?

Does the National Defense Authorization Act ring a bell?

If people show up wearing any kind of uniform, patch or other symbol on their clothing signifying they belong to a militia and something goes wrong, you could/will be held as a domestic terrorist.

If anyone steps out of line, all it takes is one person, it may even be a government plant…. if that plant does anything to disrupt the rally, you could/will be arrested as a domestic terrorist.

The Governor, using the media has already set the stage for this to happen. He has already laid the groundwork to make the entire movement look like insurrection.

It will be used to put the rest of the nation on notice of what will happen to you, if you resist.

They have used the Southern Poverty Law Center over the last 15 years to lay the groundwork.

They have labeled us as potential domestic terrorist for a long time now.

Anyone who has ever related to the 3%er’s, a militia, or just belonged to any Patriot group…the groundwork has been laid to brand you as a domestic terrorist.

Although the listing has now been removed after being discovered, crisis actors have been recruited for a “live roleplaying project” that pays $250 / day in Amissville, VA.

According to a screen shot of the listing which was captured by DC Clothesline.com, the gig is “designed to prepare NGO staff for operating in challenging international environments through in-person simulations. Actors take on varying roles (terrorist, IED victim, hostage, rescue team) throughout each workshop.”

Note that this crisis actor recruitment offer specifically tells participants they will be role playing “terrorists” and “IED victims.” This leads to the possibility that a bomb hoax may be staged in Richmond, similar to the Boston Marathon in terms of visuals and narrative.

Democrats in Richmond constructing a “kill zone” by fencing in gun supporters with only one entrance and limited exits, just like Las Vegas

Even worse, the Governor’s declared “State of Emergency” denies citizens their Second Amendment rights inside a fenced boundary that encloses the capitol grounds. A map released by the governor’s office show that only one entrance exists, and exits are extremely limited. There are no exits to the East or South, creating a perfect “kill box” where unarmed, peaceful protesters may be targeted by Antifa terrorists or Democrat-controlled snipers on the rooftops across the many buildings that surround the restricted area:

I have issued an urgent warning to all citizens looking to attend this event. Listen and share:

If you attend this event, upload all your video footage to Brighteon.com so that the world can analyze the footage, without the censorship of YouTube, Facebook, Vimeo and other treasonous tech giants that are deliberately silencing the truth about everything.