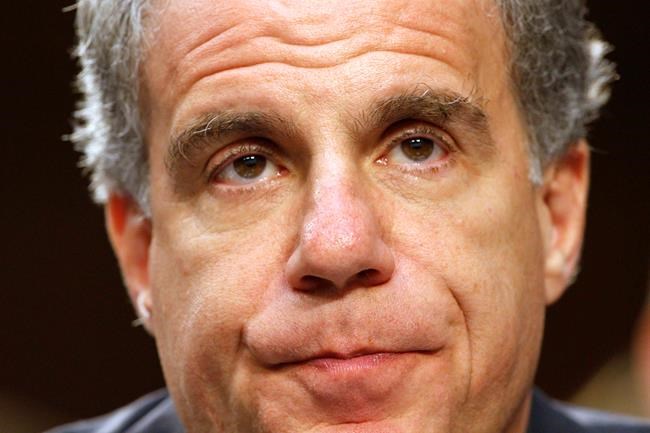 HOROWITZ HAS BEEN GROOMED  BY GEORGE SOROS VIA DNC BARNEY FRANK, THE CLINTONS, AND JAMES CHANDLER SINCE HARVARD LAW SCHOOL

(DEC. 17, 2017)—On Dec. 13, 2017, Rod Rosenstein, Deputy Attorney General, testified before the House Judiciary Committee about the evident conflicts of interest within the DOJ/FBI’s Trump-Russia investigation.

His body language betrayed him. He is very evidently a subordinate covering for his real boss Special Counsel Robert Mueller, not Jeff Sessions and Donald Trump.

Rosenstein not so deftly refused to answer most questions.

Rosenstein refused repeatedly to comment when asked direct questions. Instead, he repeated the now hackneyed lawyer scam: “I cannot comment on an ongoing investigation.”

Rosenstein fidgeted with his notes, looked away, looked down, nervously laughed, smirked, glared, peered at the questioner from the corners of his eyes. Psychology experts say these are classic body language signals of deception.  See for yourself: C-Span Video.

Before the hearing, DOJ Inspector General Michael E. Horowitz had leaked 375 salacious, anti-Trump texts between FBI chief of counterintelligence Peter P. Strzok and his lover Lisa Page, herself an FBI attorney in the Office of General Counsel.

The official line from Mueller’s office was that following the revelation of these anti-Trump texts, Mueller removed Strzok from the investigation, reassigned him to human resources, and sent Page packing to the Securities and Exchange Commission.

Political observers don’t believe Mueller’s stated reason since it is well known that all, or practically all, of Mueller’s team were anti-Trump. If he used that logic consistently for all his employees, he’d fire most of his staff. So, that cannot be the real reason.

National security experts are equally skeptical. They say such revelations of fraternization among FBI officials are by themselves grounds for immediate revocation of security clearances and dismissal, not simply reassignment and a slap on the wrist.

Ogden argued successfully for the firing of Marine employee Michael J. Brown who was fired for an affair with a Marine major’s wife. This case did not even involve top secret clearances. Brown v. Department of the Navy, 229 F. 3d 1356 (Fed. Dir., 2000). So why haven’t Strozok and Page been fired?!

In short, Mueller’s softball treatment telegraphs that the real purpose for the leak appears to be to protect Strzok and Page. Experts are certain that Mueller is responding lawlessly to the leak and revelations of an affair among senior FBI officials.

Strzok has led just about every controversial investigation in recent years:

Despite Strzok’s seething political bias, Mueller assigned him to the Trump-Russia election meddling investigation. Mueller is either an idiot himself, or calculating, and we don’t think he’s an idiot.

Strzok called Donald Trump an “idiot” multiple times. Page called him a “loathsome human.” Strzok wrote: “God, Hillary should win 100,000,000 – 0.” More concerning was their discussion on how to “protect the country from that menace.”

Tellingly, Rosenstein seemed to explain away Strzok’s conduct by voicing the excuse that FBI agents are allowed their personal political opinions, and are professional enough to keep them separate from their work.

If you believe that personal political opinions don’t affect professional actions in this case, then you are the idiots, Messrs. Rosenstein and Strzok. Evidently, you picked each other to run this investigation, out of all the tens of thousands of capable attorneys. Your biases drove your decisions! Any reasonable person can see that clearly.

Rosenstein’s answer about private political opinions was too quick and rehearsed to be credible. At this stage, he and his cronies have lied so often that we are all wise to them now. Strzok said: “Just went to a southern Virginia Walmart. I could SMELL the Trump support…” By contrast, their stench wraps the planet.

For readers unfamiliar with texting shorthand ” 😉 ” is a wink and a smile.

THERE WE HAVE IT: AN ADMISSION OF THE TREASONOUS ACTIONS OF THE AMERICAN SURVEILLANCE STATE.

Strzok has used his position of public trust to attempt to control American politics and reinforce his job as the chief of counter espionage.

Here we have the FBI’s counter espionage chief admitting that the FBI’s “Espionage Machine Party” is the only real power in America.

“Espionage Machine Parties” in history had names like The Third Reich, the Soviet Communist Party, The Maoist Party.

We have just learned that our long-time FBI Chief of Counterterrorism, Peter Strzok, has been working with Mueller, Rosenstein, Chandler, Comey, Holder, Obama and many others to establish America’s secret espionage machine as the controlling political party.

We also learned that they loath average Americans along with our President.

ROSENSTEIN TO CONGRESS: YOU MUST WAIT FOR DOJ INSPECTOR GENERAL HOROWITZ, HE’S GOT A $100 MILLION BUDGET

Rosenstein deferred repeatedly to a coming January 2018 report from the DOJ Inspector General.

Tellingly, Rosenstein emphasized that Horowitz had a $100 million budget, telegraphing that the report would be massive, full of redactions and unintelligible to the smelly Deplorables at Wal-Mart.

REPORT SIZE WILL BE DIRECTLY PROPORTIONAL TO THE LEVEL OF CORRUPTION

AFI corruption researchers have observed that the more pages a government “finding” generates, the more corrupt the agency.

Like Rosenstein’s betrayed body language, his deference to all-things-Horowitz telegraphed that they are going to dump a whopper of meaningless nonsense. We’ve got your numbers boys and girls.

HOROWITZ IS A DEEP STATE DOJ CUT OUT

Senior judiciary nominees often testify to the Senate Judiciary Committee prior to their confirmation.

Confirmation is generally a given, but not universally. Prior to a confirmation hearing, the nominee must prepare a “Statement” where he or she answers specific questions about their background. They must describe in great detail their past employment, key accomplishments, significant events, publications, speeches, memberships, trusteeships, directorships, articles, media appearances, financial disclosure and significant relationships.

The Statement rules require nominees to certify that they will be ethical and avoid even the appearance of impropriety in their work for We the People.

Horowitz certified his commitment to be ethical his Statement, albeit in a backhanded way that is typical of these Deep State slime ball attorneys. He says he consults with unnamed others. He references an ethics agreement not submitted to the Senate (and can therefore be changed at any time since it does not go into the Senate record). He says he will follow the recommendations of unnamed other ethics people. Again, who can check?

THIS IS OUTRAGEOUSLY DECEPTIVE CONDUCT FROM THE VERY DOJ GUY WHO SPENT TEN YEARS ROAMING THE PLANET SPEAKING ON ETHICS AND COMPLIANCE!

HOROWITZ PROMISED TO BE ETHICAL. HE LIED.

Horowitz has been mentored since Harvard Law School by key Clinton operative Rep. Barney Frank and James P. Chandler, III. In 2008, Frank received $2,875,000 from the Clinton Foundation (as a part of $549 million given to 154 Republicans recipients and 234 Democrats.) Original Guccifer 2.0 disclosure | Excel Spreadsheet Take Off

Horowitz changed law firms like clothing—6 law firms in 17 years, not counting his 9 different positions within the Department of Justice. He changed jobs about every 18 months! These sorts of too-good-to-be true resumes almost always telegraph a person who is being groomed by the powers that direct him or her.

For almost a decade Horowitz engaged in a break-neck speaking schedule around the planet. Ostensibly as a private citizen, he trained judges and lawyers on the subjects of sentencing guidelines, compliance, ethics, Sarbanes-Oxley and liability avoidance. He did this all the while Bill Clinton roamed the planet raising money for The Clinton Foundation and using  Secretary of State Hillary and Obama’s State Department for pay-to-play.

6.  FRANK / SOROS CAUGHT KIBBUTZING WITH THE EU ON VIDEO AT DAVOS

Qualcomm (the primary wireless technology provider that embeds Deep State encryption NSA/C.I.A. backdoors) was a member of Barack Obama’s “Technology CEO Council,” and Obama made a special secret visit to Qualcomm in San Diego in Air Force One on Oct. 9, 2017.

NOTE ABOUT THE ABOVE PICTURE: THIS IS THE PICTURE OF THE MARCH 2, 2015 MEETING AT THE WHITE HOUSE. THE OCTOBER 9 MEETING OCCURRED IN A DIFFERENT LOCATION. . 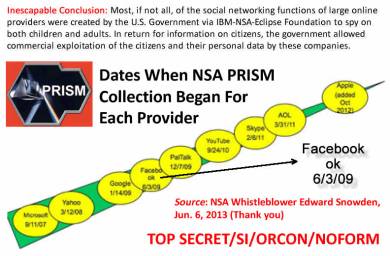 Horowitz’s Cadwalader Law other clients including Bank of America, Barclays, Deutsche Bank, JP Morgan Chase and Morgan  Stanley were primary underwriters and beneficiaries of the fraudulent Facebook initial public offering on May 18, 2012, among others.

Horowitz has worked for and with Robert Mueller, James Comey, Eric Holder, Pretinder Bharara, James Chandler and Rod Rosenstein at the Department of Justice in various capacities between 1991-current. Here’s a summary from Horowitz’s Confirmation Hearing:

13.  INVESTING GENIUS OR INSIDE TRADER

Horowitz cannot even remotely claim to be impartial in the Trump-Russia investigation.

1. RECUSE OR BE FIRED

Michael Horowitz must recuse himself or be fired forthwith from further work on the Trump-Russia investigation. His fraudulent manipulation of the rules by releasing the Strzok-Page texts insured that those two could not be prosecuted for that evidence since any trial would be tainted by Horowitz’s own hand. He protected them, which he will continue to do for all his cronies.

Michael Horowitz himself must be investigated for his failure to disclose his massive conflicts of interest with the Clinton et al camp, among other things.

And as we continue to remind all of our readers in our articles exposing the massive corruption in Washington, We the People hold a huge TRUMP CARD in totally destroying the cabal from the D.C. Swamp to the spies of Silicon Valley.

Ask President Trump to fund the alternative media via Leader Technologies’ Miller Act Notice. This would generate $300-500 billion per year in new revenue for the government without raising taxes, so investigations like this can start holding these corrupt public officials accountable in real time—rather than years after their crimes have done their serious damage to our Republic. 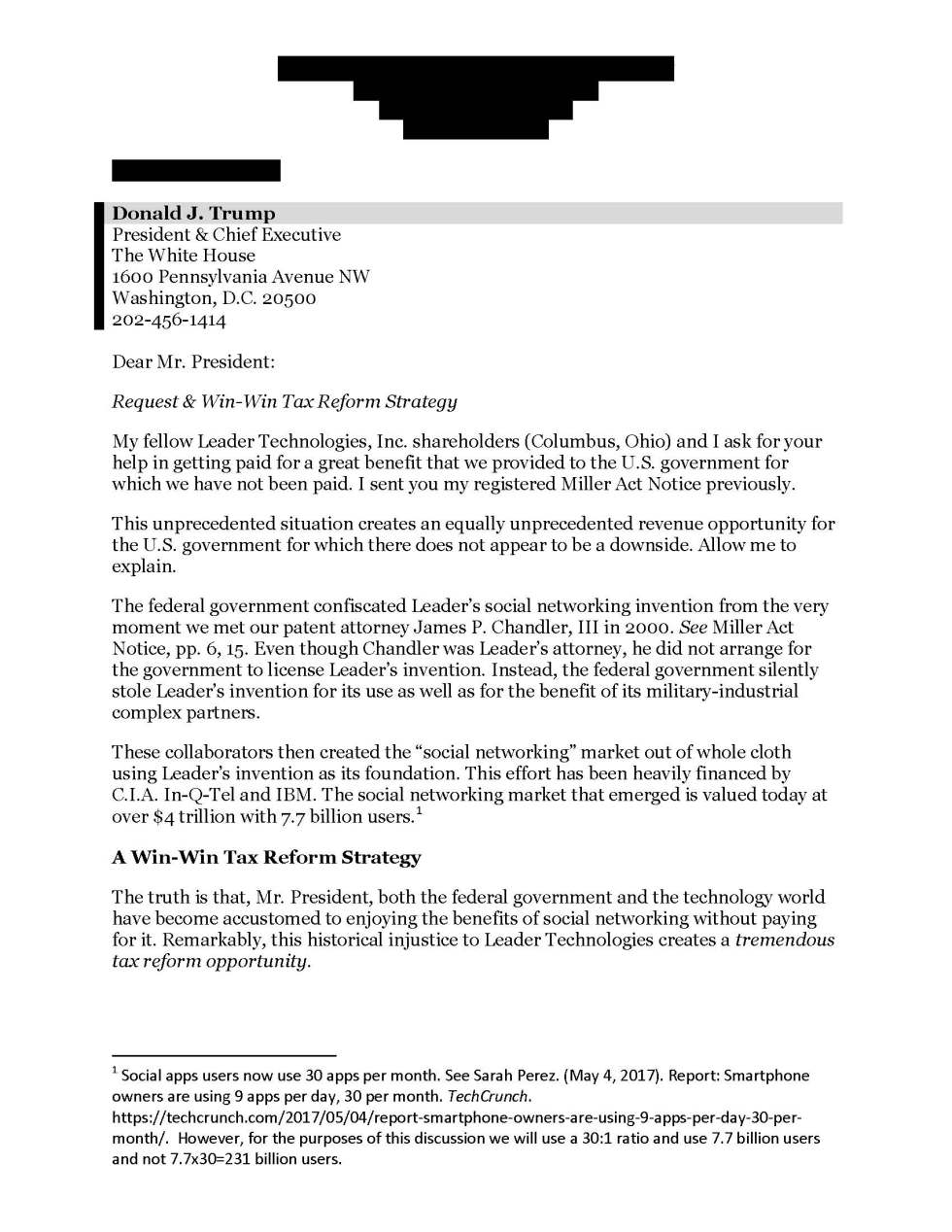 Audio discussion of Michael Horowitz below: 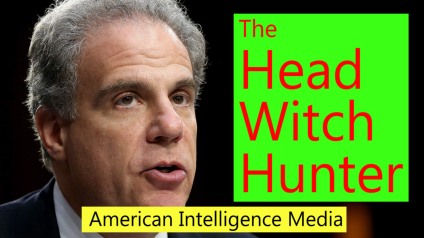 Many patriots are waiting for the DOJ’s Office of Inspector General to issue a scathing report on the corruption in D.C. Betsy and Thomas explain why we shouldn’t be expecting a knight in shining white armor to ride on to the political scene. The head of the OIG is Michael Horowitz and once you see his biography and hear what we have to report, it will be apparent to you that he is the ultimate “fixer” and witch hunter in the swamp.

ON JUNE 15, 2018, THE INSPECTOR GENERAL’S REPORT WAS RELEASED. IN THE AUDIO BELOW BETSY AND THOMAS REVIEW THE REPORT FROM A FIRST-TIME READ: