Vladimir Putin could become Russia’s ‘Supreme Ruler’ when he steps down as president under proposed changes to the country’s constitution, it emerged today.

The Kremlin confirmed that the new title was one of several proposals but played down its significance claiming Putin ‘has no view’ on it.

The proposal was put forward by a government commission looking into constitutional changes widely seen as a bid by Putin to ‘rule for life’ after his presidency ends in 2024.

Putin has already announced sweeping changes to the constitution that were passed by parliament earlier this month. 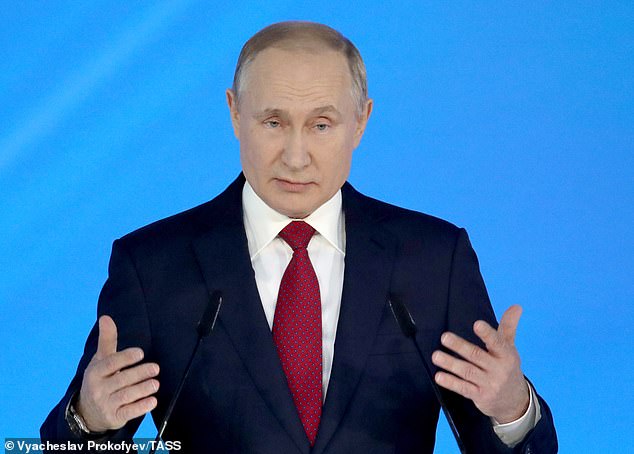 Russia’s President Vladimir Putin submitted the amendments to the State Duma, Russia’s lower house of parliament, on Monday, just days after presenting them in the annual state-of-the-nation address last week

The overhaul, which triggered a change in government, also cemented Putin’s control of the transition process and was seen by some as an attempt to reduce intra-clan infighting between now and 2024, while allowing Putin to show he is responding to public discontent after years of belt-tightening.

The State Duma, the Russian lower house of parliament, has already given its backing to his reforms in a preliminary vote.

‘There are… some very curious proposals among those put forward.

‘For instance, they proposed renaming the position of head of state to “Supreme leader”,’ Pavel Krasheninnikov, the government commission’s co-chair, told the Rossiiskaya Gazeta government newspaper.

When asked about the idea on Wednesday, the Kremlin was non-committal, calling it a ‘new initiative’ and one of various proposals that may or may not be implemented. 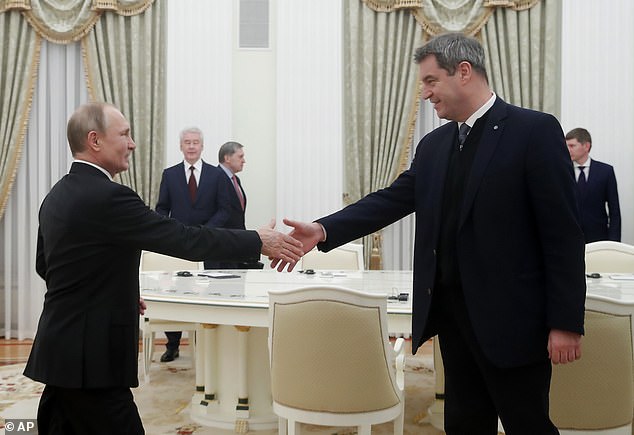 ‘Right now all this is at the discussion stage,’ Kremlin spokesman Dmitry Peskov told reporters. ‘President Putin has no view on this.’

Other proposals include formally recognising Russia’s status as a ‘victorious power’ in World War Two and recognising Orthodox Christianity as the country’s main religion, the Kommersant newspaper reported.

‘Naturally some (of the proposals) will be eliminated, some will be accepted and from this the commission’s sought-after result will appear,’ Peskov told reporters.

Russia’s TASS news agency said Vladimir Zhironovsky, leader of the nationalist pro-Kremlin LDPR party, had suggested the president be known as the Supreme Leader many times in order to move away from job titles derived from foreign languages.