Any NSA who violates security procedures like Bolton did should be prosecuted, not just lose their security clearance.

‘No one, especially not John Bolton…’ 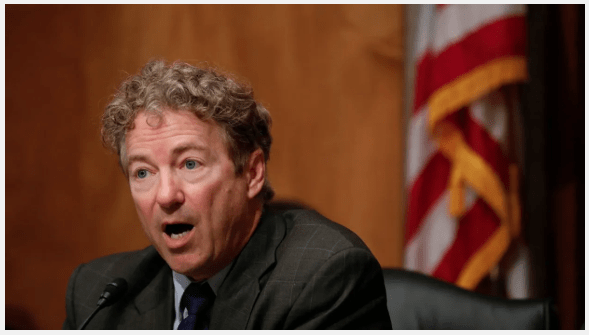 As Trump’s former national security adviser, Bolton holds a top security clearance, meaning he is privy to extremely sensitive intelligence that only a small number of senior-level government officials have authorization to see, hear, or access.

But Paul wants that privilege revoked.

“No one, especially not John Bolton, should be able to use their security clearance for profit! I say revoke his clearance now ⁦@realDonaldTrump⁩,” the Kentucky senator tweeted.

No one, especially not John Bolton, should be able to use their security clearance for profit! I say revoke his clearance now ⁦@realDonaldTrump⁩ https://t.co/nH0qyrwEYe

Paul linked to a RealClearPolitics news story that reported that Bolton’s security clearance is in jeopardy of being revoked after Trump’s impeachment trial concludes.

In fact, two government officials told RCP that revocation is an “almost certainty” for Bolton.

The development comes after the manuscript for Bolton’s upcoming book was leaked this week. Some accuse Bolton of initiating the leak prior to submitting the manuscript to the White House for review, though he denies the allegation.

In his book, Bolton alleges that Trump told him last August that he wanted to continue freezing nearly $400 million in security assistance to Ukraine if the Ukrainian government did not cooperate with investigations into the Bidens, the New York Times reported. The explosive allegation would corroborate allegations of a quid pro quo.

The White House and Trump’s defenders have alleged that Bolton made the allegations to boost book sales.