Why is LYMPHADENOPATHY by far the major dangerous adverse reaction to Covid injections? 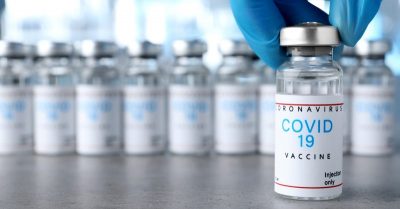 All Global Research articles can be read in 51 languages by activating the “Translate Website” drop down menu on the top banner of our home page (Desktop version).

According to all UK COVID vaccine adverse reaction reports 1,086 UK citizens have died following the two COVID vaccinations (Pfizer and Astra Zeneca) up to the reporting date of 29/4/21. COVID infections following the vaccination have risen to 973 for both vaccinations with 62 deaths – a death rate of 6.3% which is nearly twice the rate of deaths in general from COVID. Once again there have been big rises in Lymphadenopathy.

So far in the UK approximately 33m people have received at least one vaccination from either the AstraZeneca or the Pfizer “vaccine” (the latter is is fact a genetic treatment). There have been 1,086 deaths (see above). Therefore the chance of dying from the vaccine is 1 in 30,386. This compares very badly with the chance of those under 50 dying from COVID itself as this ONS data shows:

For a healthy child under ten, the chance of dying of Covid-19 is 1 in 4 million (or 1 in 1.3million for a child with co-morbidities). Which is why so many attack the plans to vaccinate children, see this.

Despite the clear evidence from the above statistics the UK’s National Statistician in reply to an (April) question from Philip Davis MP asking “how many and what proportion of people have died within 28 days of receiving a COVID-19 vaccination, and whether those people will all be considered to have died as a result of that vaccination” replied with the at best disingenuous answer:

“Up to the end of February 2021, there were 0 deaths registered with the aligning ICD codes for this”

Clearly avoiding any mention of the 1086 deaths set out in Government statistics above.

The deliberate cover up of even official statistics about vaccines has been most blatantly demonstrated in the USA where Democrat Party Attorneys General from 12 States wrote to the CEOs of Twitter and Facebook asking them to censor any negative claims about vaccines. See this.

They claim that the (official and compulsory) VAERS reports of vaccine deaths, infections and injuries are “falsehoods” and “misleading” and they claim the right to know the truth! The fascist arrogance of these pseudo elites is quite breathtaking. They “know” the “truth” and the people are just imagining the problems! They just “imagine” the 2,400 vaccine deaths officially reported in the USA. (Dr Mike Yeadon reports that the US VAERS reporting system “is telling us that almost 99% of the deaths reported to VAERS after vaccination occurred after covid19 vaccination. The balancing 1% were for ALL THE OTHER VACCINES COMBINED.”

Or the 1086 reported vaccine deaths in the UK. The people are after all ignorant and stupid!

They also seek to hide the inconvenient truths that the “approved” vaccines are in fact not licensed at all and are only “approved for emergency use” until they have fulfilled their complete trial process – which will not be before 2023!

There has never been a coronavirus vaccine developed before and there has never been an mRNA vaccine administered before this year. By now most will be wary of the heading “Fact Check” since the writers will certainly have an agenda which makes their own “facts” in need of checking. This Reuters “fact check” is a complete lie. See this.

First they deny the vaccines are experimental (when the USA FDA has designated them “for emergency use only” and confirmed licensing process will not conclude until 2023) but then say that animal experiments are being done alongside human vaccinations! In other words what would normally be done before humans are exposed is being done in parallel! And the experiments on animals they refer to report purely resistance to the virus – not deaths of animals and other adverse effects!

This kind of half truth and manipulation is typical of most “Fact Check” reports.

Not long ago Boris Johnson declared:

“There is absolutely no question of people being asked to produce certification, or covid status report, when they go to the shops or to the pub garden, or to the hairdressers or whatever on Monday” [12th April 2021].

At the turn of the year, speaking to Sky News, Cabinet Office Minister Michael Gove reassured everyone that vaccine passports will not be necessary to go to the pub.

‘A vaccine passport in order to go to the pub?’ asks Kay Burley.

And yet now the Government through a House of Commons Committee (above) is considering vaccine passports.

For months the Government and the BBC have been recording thousands of new COVID “Cases” which are not cases (in the sense used in the first wave) but infections and many of those are either without symptoms or false positives.

Equally false are the death statistics which show that a small fraction of reported COVID deaths were from COVID itself: (Both the US CDC and Italian researchers have shown that only 6% to 12% of “COVID deaths” have been unambiguously from COVID.

The “More Vaccinations for Variants” Fraud

No sooner have some 17m people in the UK received two vaccine shots than the Government and big Pharma are talking of an autumn “booster jab” to cater for “COVID variants”. But this seems to be an attempt to keep the panic going and provide more profitable work for vaccine companies.

As Dr Mike Yeadon the former Pfizer researcher and Vice President and founder of a successful Biotech company (which was sold to Novartis for $325m!) issued the following statement on the fraudulent claim that more vaccinations were needed to combat COVID “variants”

I need to inform you that the variants narrative is ENTIRELY FRAUDULENT. While they exist they are all so similar to the original virus that it’s impossible that any of them ‘escape immunity’ or require ‘top-up’ vaccines’.

Specifically, no variant is more than 0.3% different from the original, so 99.7% identical. Both theory & practice shows no possibility that a variant so similar to the original virus will not be fully recognised as essentially the same.

If anyone is immune through vaccination or natural infection, their immune system WILL fully recognise ANY & ALL variants.

Those who were infected by SARS in 2003 & donated blood last year all retained cellular immunity to SARS AND had CROSS-IMMUNITY to SARS-COV-2. These viruses are 20% different (80% identical) and (even) this difference is FAR TOO SMALL to ‘escape immunity’.

Vaccine Passports and Other Restrictions Illegal

The Public Administration and Constitutional Affairs Committee have called for evidence about vaccine passports. It is now too late to submit evidence online but you could write to the Secretary of that Committee at the House of Commons, London SW1A 0AA and of course your own MP – I strongly advise you to do so. These are the arguments against passports and any other method of coercion:

Point 7.3 of the resolution obliges all Member States to ensure that citizens are informed that Covid vaccinations are NOT (word written in capital letters) mandatory and that no one is politically, socially or otherwise pressured to be vaccinated.

This article was originally published on Freenations.