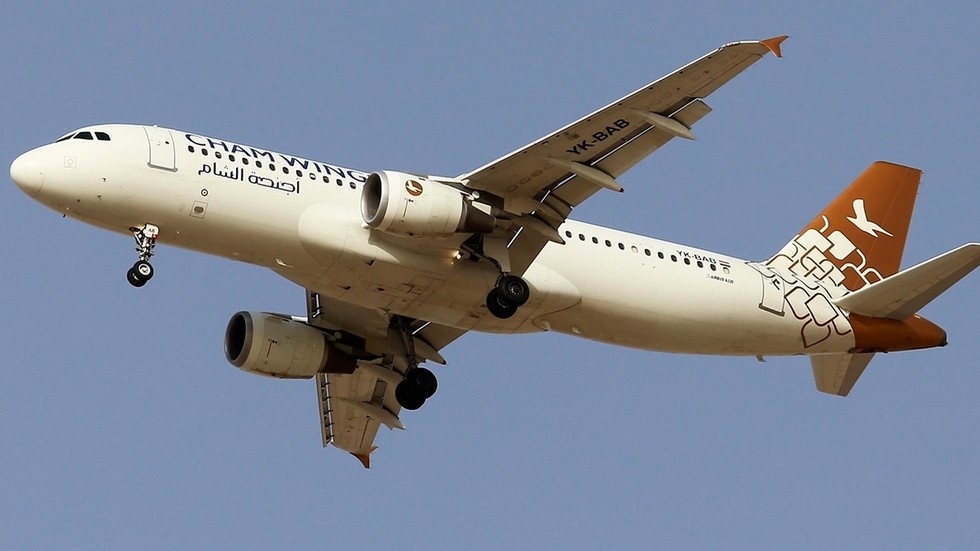 An Airbus A320 operated by Cham Wings © Flightradar / Oleksiy Naumov

Israeli strikes on Damascus suburbs put a civilian aircraft in serious danger and forced it to divert to Russia’s Khmeimim airbase as the Syrian air defense was activated to repel the attack, the Russian military said.

An Airbus A320 flying from Tehran to the Syrian capital was forced to make an emergency landing following an Israeli missile attack, the Russian Defense Ministry said. It added that using civilian aircraft as a “shield” is “commonplace” for Israeli Air Force pilots.

The aircraft was about to land at Damascus International Airport, but was unable do so as the Syrian air defense systems engaged the hostile targets. The jet could have found itself in the crossfire if it weren’t for the Damascus air traffic control, whose “timely actions” averted a possible disaster.

The A320 was landed “at the closest alternative airfield,” the ministry stated. It also said the surprise attack took place around 2am local time, with four Israeli F-16s firing at least eight air-to-surface missiles from outside of Syrian airspace.

This is not the first time Israeli fighter jets have endangered civilian aircraft. Moscow criticized Tel Aviv for putting two passenger flights landing at Beirut and Damascus airports in danger during an air raid in 2018. Israel has flown hundreds of similar bombing raids on Syria throughout the country’s civil war, claiming to be hitting “legitimate Iranian targets.”

In another incident in 2018, Syria’s air defenses shot down a Russian IL-20 military craft after Israeli F-16 pilots used it as cover. The deadly shootdown, which killed the plane’s 15-man crew, prompted Moscow to furnish the country with its S-300 missile defense system.

Another tragic incident in the Middle East involving a civilian airliner occurred in early January, when Tehran accidentally shot down a Ukrainian airliner on the heels of its own missile strikes on US military bases in Iraq, which came in retaliation for the assassination of Iran’s elite Quds Force commander, Qassem Soleimani.

All 176 people on board died. Iran quickly came clean about the incident and apologized, admitting it made a mistake in a time of crisis, fearing an imminent counter-attack from US warplanes.