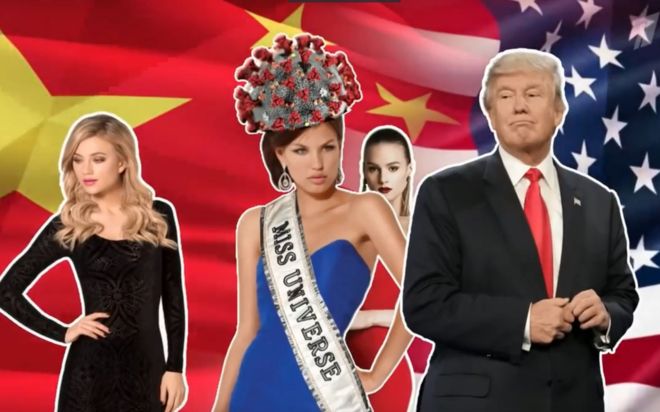 The coronavirus outbreak in China has provided fertile ground for conspiracy theories and misinformation on the web everywhere, but in Russia they are being spread on primetime news programmes.

Russian TV is also unique in having a consistent overall thrust: that shadowy Western elites and especially the US are somehow ultimately to blame.

One of main national TV networks, Channel One, has even launched a regular slot devoted to coronavirus conspiracy theories on its main evening news programme, Vremya (“Time”).

The style of the reporting is ambiguous, appearing to debunk the theories while leaving viewers with the impression that they contain a kernel of truth.

One of the wilder ideas aired by Vremya recently is that the presence of the word “corona”, which means crown in both Latin and Russian, in the word coronavirus hints that Donald Trump is somehow involved. 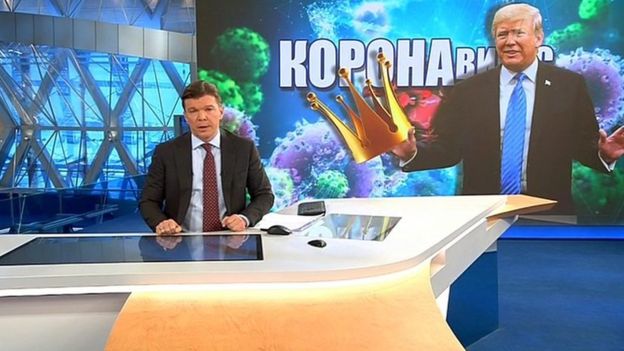 Apparently, this is because he used to preside over beauty pageants, handing the winners their crowns.

In fact, scientists named the virus because of of its crown-like shape, but Vremya’s presenter warns against rejecting the idea all too soon.

“Utter nonsense, you’ll say, and I’d agree with you, if it were not for what’s in our correspondent’s report,” he says.

The subsequent video does admit the crown theory is a “strange construct”, but uncritically presents an expert who says that the Chinese coronavirus strain has been artificially created, and that US intelligence agencies or American pharmaceutical companies are behind it.

The report also rehashes old, false claims by Kremlin media and officials that the US ran a laboratory in Georgia where it tested a biological weapon on humans.

The Channel One correspondent then quotes online conspiracy theories that the novel coronavirus strain affects only Asians and could be some kind of “ethnic bioweapon”. 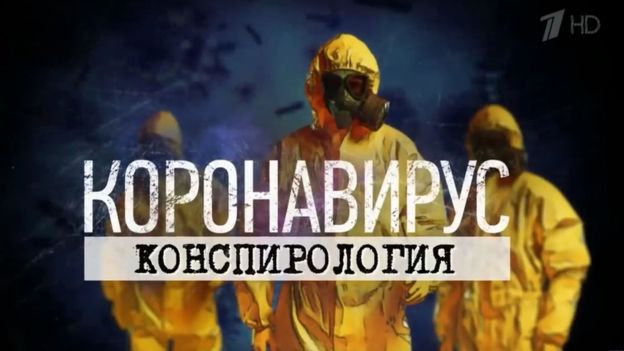 He concedes that there is clear evidence refuting this, but adds suggestively: “Even experts who are cautious in their assessments say that nothing can be ruled out.”

The gist is to suggest that various Western actors – pharmaceutical companies, the US or its agencies – are somehow involved in helping to create or spread the virus, or at least in spreading panic about it.

The aim is variously said to be – in the case of “Big Pharma” – to profit from creating a vaccine against the coronavirus or, in the case of the US, to hit the Chinese economy in order to weaken a geopolitical competitor.

Away from the TV screens, the coronavirus outbreak appears to be causing serious concern among Russian officials.

A church in Moscow has even held a service to pray for salvation from the coronavirus.

Fear or the virus appears to reach all the way to the top.

Russian daily Vedomosti reports that Kremlin has introduced temperature checks for those attending events with President Vladimir Putin, in what spokesman Dmitry Peskov has called a “precautionary measure”.