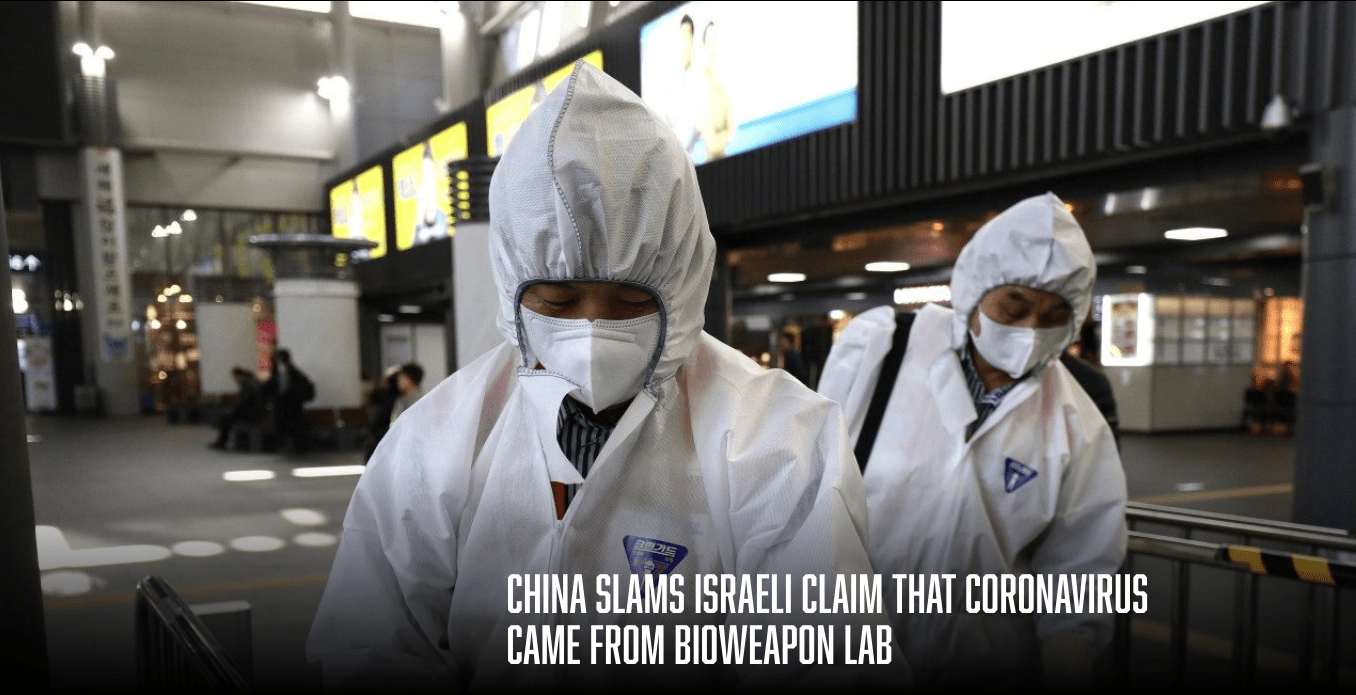 China has slammed Israel’s recent claim that the lethal new Coronavirus (2019-nCoV) originated from the mainland’s leaked biological warfare lab in the city of Wuhan as Chinese researchers are busy making vaccines to contain the epidemic that has affected 16 countries so far.

Dany Shoham—a former Israeli military intelligence officer—recently claimed that China had intentionally leaked the new coronavirus from the Wuhan Institute of Virology. This is the only institution capable of dealing with such lethal viruses and is closely linked with China’s biological warfare program. “Certain laboratories in the institute have probably been engaged,in terms of research and development, in Chinese biological weapons, at least collaterally, yet not as a principal facility of the Chinese BW alignment,” Shoham said in an interview with the Washington Times.

How Did The Novel Coronavirus Epidemic Start?

The Novel Coronavirus (2019-nCoV) is a new strain of Coronavirus that has caused a pneumonia outbreak in China. Experts suspected that the virus is transmitted from animals to humans based on the first case found in the city of Wuhan.

However, there are mixed reports on when and how the virus started. A recent Wuhan City Administration and the World Health Organization (WHO) report stated that the first individuals were infected between December 12 to December 29 while working at an unsanitary seafood market in Wuhan which was later shut down. Subsequently to the report, however, a scientific paper written by a group of Chinese researchers published in The Lancet rebutted the previous claim by arguing that the first 13 out of 41 patients affected by the virus believed to be the 2019-nCoV had no contacts with the seafood market at all in early December.

“No epidemiological link was found between the first patient and later cases,” the report noted.

Daniel Lucey, an infectious disease specialist at Georgetown University, also questioned the accuracy of the previous report pinning the blame on the seafood market. He argued that if the WHO and Wuhan administration data were accurate, the first infection must have been in November 2019 because of the incubation period between infection and the apparent symptoms. If so, there would be human-to-human transmission occurring in Wuhan.

The most common symptoms of the new Coronavirus are fever, cough, and breathing difficulties, somewhat similar to those of SARS (Severe Acute Respiratory Syndrome), which infected 8,000 people in 2002. Coronavirus can be lethal to people with low immune systems such as infants and the elderly. As of January 28, more than 100 people have died from the infection in China, and the outbreak has spread to 16 countries in total. It has infected more than 4,500 people globally, as Aljazeera reported.

Shoham’s claim is illogical for various reasons, as Indonesian terrorism analyst Stanislaus Riyanta recently said. Riyanta pointed out that if the virus had been created in the lab, then the first person exposed to the virus would have been one of the lab’s employees and that spreading it within China makes no sense.

“Logically speaking, if China intentionally spreads the virus, the country will not do it in its region,” Riyanta told Bisnis Indonesia.

Shoham himself admitted having no evidence behind his claim that the Coronavirus leaked from the Wuhan lab, even though it may sound possible when people first hear it.

“In principle, outward virus infiltration might take place either as leakage or as an indoor unnoticed infection of a person that normally went out of the concerned facility. This could have been the case with the Wuhan Institute of Virology. But so far there isn’t evidence or indication for such an incident,” the expert said as quoted by CCN.

How Can Health Authorities Contain 2019-nCoV?

Researchers around the globe have united to develop vaccines to cure Coronavirus. A team of Chinese researchers has selected 30 medicines expected to tackle the Coronavirus outbreak. However, further trial is necessary to confirm the effectiveness of those medications.

The Coalition for Epidemic Preparedness Innovations (CEPI), a global non-profit organization that funds the creation of new vaccines, is also cooperating with the University of Queensland to use a “molecular clamp” to create a vaccine that will contain the outbreak, as Global News reported.

It may take time for researchers and experts to create vaccines that effective to contain the epidemic. As the numbers of infected people rises, maintaining our health, immune system strength, cleanliness and eating healthy food are the best measures to keep the illness away.