Why is Bernie Sanders all of a sudden touting his Jewishness when he doesn’t even practice Judaism? 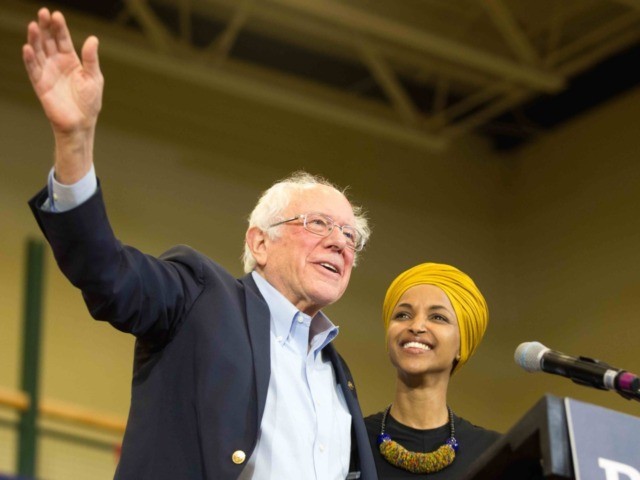 In the 2016 campaign, Sanders downplayed his Jewish origins, with an ad that referred to him as the “son of a Polish immigrant who grew up in a Brooklyn tenement.”

But in 2020, amidst claims that has has aligned himself with left-wing antisemites and has an anti-Israel foreign policy, is he is trying a different tack.

The new Internet ad, “Bernie Would Be the First Jewish President,” runs for over two minutes.

The video then shows Sanders lighting a Chanukah menorah, and later shows footage of neo-Nazis chanting in Charlottesville, Virginia, in August 2017.

Margolin says it would be “so satisfying” to have “a Jew literally replace them,” implying that President Donald Trump is among the neo-Nazis.

The video includes a misleading clip of President Trump’s press conference on Charlottesville, invoking what has come to be known as the “very fine people” hoax. (Trump did not refer to the neo-Nazis as “very fine people”; rather, he said they should be “condemned totally.”)

Other clips also seek to associate Trump with crimes by neo-Nazis.

Margolin — described as “part Latinx, part Jewish, all queer” in a recent interview — goes on to denounce “the Trump administration’s antisemitism.” It does not acknowledge the administration’s actual record on Jews and Israel.

The video closes with footage of Sanders speaking to J Street, a radical left-wing group whose positions are often described as anti-Israel.

Sanders includes among his surrogates and supporters several left-wing activists who are considered — even by many Democrats — to be antisemites, including Linda Sarsour, Rep. Ilhan Omar (D-MN), and Rep. Rashida Tlaib (D-MI).

Last year, the Sanders campaign backed British Labour Party leader Jeremy Corbyn, who is widely considered an antisemite and who led his party to defeat in December, partly for that reason.

Sanders’s policy on the Middle East is considered the most anti-Israel of all the Democratic candidates running — standing out even in a field that is markedly more hostile to the Jewish State than any in recent presidential primary history.

He has said he would consider moving the U.S. embassy in Jerusalem back to Tel Aviv, and that he would use U.S. aid to Israel — often an embattled outpost of democracy — as “leverage.”