Future of IoT will be ‘smart dust’, says Cambridge Consultants 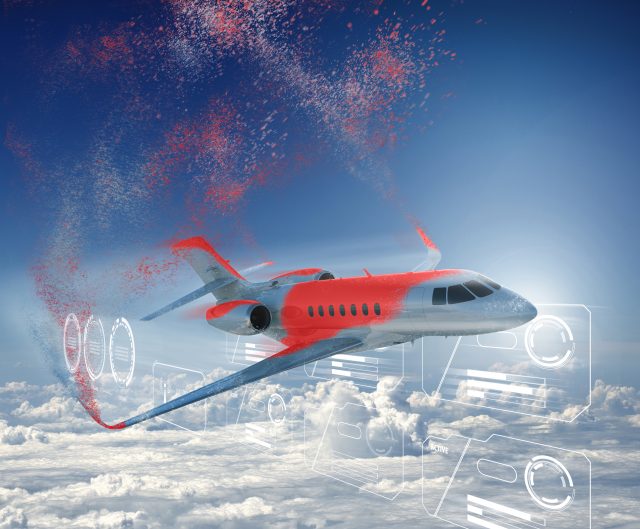 By Jessica Twentyman
When it comes to deciding whether to add connectivity to a ‘thing’ – a device, a product, or even its packaging – cost is a major factor. More specifically, manufacturers are forced to weigh up the cost of adding connectivity against the value they’ll get from it.

In many cases, the costs outweigh the potential value. For example, while it might make sense to add a chip or tag to a large crate of drugs that a pharmaceutical firm sends out to a chain of high-street chemists, in order to ensure that it’s not tampered with in transit, it’s unlikely that the same rule applies to every small canister of pills that the crate contains.

Similarly, a ‘smart’ toothbrush that tells you how well you brush your teeth might be a good candidate for a Bluetooth chip, but not necessarily the smaller, individual disposable heads that belong to different members of your family.

That second example may not be far off viability, however, according to Cambridge Consultants, the UK product design firm, which is on a mission not just to reduce the cost associated with connectivity, but also tackle the interrelated issue of size. In other words, it’s an expensive business, too, to shrink the components needed for connectivity to fit a smaller form factor.

But the team at Cambridge Consultants believes it has an answer, in the form of a technology advancement it has made in the most expensive part of the Bluetooth chips that lie at the heart of IoT-connected ‘things’ – the radio.

Two years ago, Cambridge Consultants unveiled Pizzicato, the first all-digital radio transmitter. This consists of an antenna and an integrated circuit that outputs a single stream of bits, getting rid of the need for analogue elements in the radio and the accompanying analogue-to-digital converter.

Not only does this cut the cost of the silicon needed down to just seven cents – less than a tenth of the current cost – but it also means that overall radio size can shrink dramatically, too. Over time, Moore’s Law dictates that these tiny silicon radios will shrink further in size, cost and power consumption, according to Rob Milner, head of smart systems at Cambridge Consultants.

That opens the door to a whole new world of low-cost, tiny form-factor chips for IoT-connected devices, addressing a vast low-end market that has to date been held back by the prohibitive cost and size issues involved, Milner told Internet of Business.

“It’s the analogue elements that really drive area on your chip so, to date, the cost of radio has been determined by its analogue components. But if you can eliminate those, and we’ve already shown that we can, price points get transformed and become relatively accessible to a large number of companies that want to connect products,” he says.

“What we’re talking about here is quite simple sensing on things – or items – that are relatively quite cheap,” he says.

But the effect of that could be powerful. With a simple digital input/output line, such as seen in one of Cambridge Consultants’ all-digital radios, it would be perfectly feasible to implement anti-tampering measures on that small canister of pills, for example.

Similarly, it would be viable to add a ‘button’ – a vastly simplified version of Amazon Dash – on the packaging of FMCG [fast-moving consumer goods], alerting manufacturers to the fact that a customer had opened (or finished) a box of laundry detergent, via that customer’s smartphone.

The prospect of ‘smart dust’

In theory, it means that digital radios could one day become so small, and so low-cost, that they could be embedded almost anywhere. They might even be tiny enough to become ‘smart dust’, embedded into paint to monitor aircraft stress or investigate traffic accidents by examining collision damage.

According to the Cambridge Consultants vision of smart dust: “Mountains could be seeded with tiny temperature sensors to act as an avalanche early-warning system – and fields could be sprayed with smart dust to give real-time information about soil temperature and moisture content. Around the home, smart paint in a room could measure temperature, humidity or noise – while you could print your own smart clothing labels that could be linked to personalised washing cycles.”

There is still much work to do on this, Milner concedes. The firm needs to refine the Pizzicato product architecture further, by reducing component numbers, improving ease of assembly to achieve even lower price points. Work on battery technology, passive electronics and product housing is also underway, the company confirms.

But still, it’s a compelling vision. “The low-cost end of the IoT market has kind of been ignored and we think it’s because the traditional business models and economics don’t fit,” says Milner. “But what we’re saying is that we’ve got a clever enabling technology here that’s increasingly capable of delivering quite simple communications that fit the category of ‘good enough’ for low-cost implementations. It’s news that we think a lot of companies want to hear.”