Will the Flat Earth Society disintegrate after yet another humiliation? 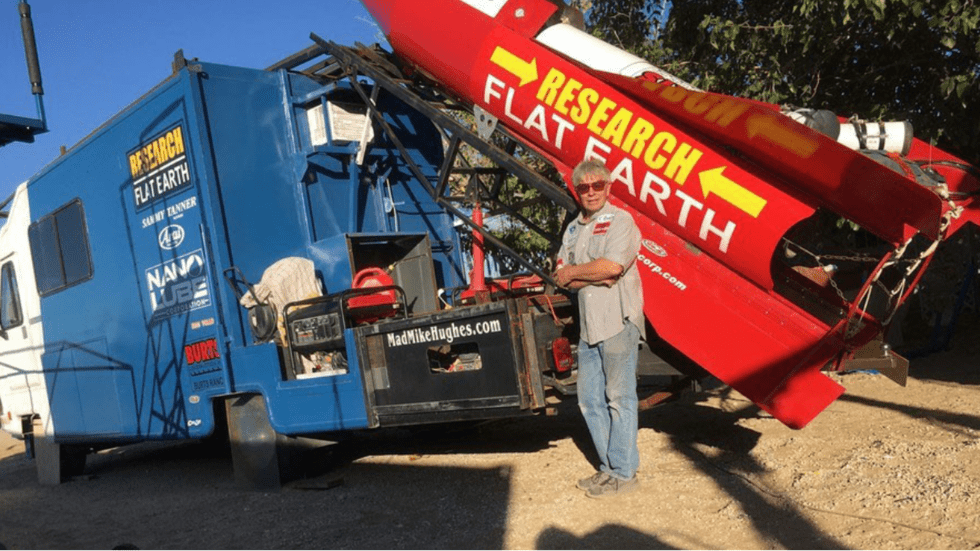 Daredevil Flat-Earther ‘Mad’ Mike Hughes has died after launching himself into the sky in a homemade rocket. Purported video of the accident shows the fatal launch.

Hughes and a colleague built the steam-powered rocket in hopes of shooting the daredevil 5,000 feet (1.5km) into the air. The endeavor was being documented by the Science Channel, which wanted to feature him in a new series called ‘Homemade Astronauts’.

A video purportedly filmed at the site shows the rocket being launched into the sky near Barstow, California, before Hughes plunges back down to the earth.

The self-taught rocket engineer gained notoriety for his belief that the Earth is flat. However, Hughes said that his flat-Earth belief was not the primary motivator for his latest, and final, rocket test, stressing that he was simply a daredevil.

The 64-year-old first shot himself into the sky in 2014, and completed several launches. His most successful attempt took place in March 2018 when he propelled himself approximately 1,875 feet (572 meters) into the air before crashing back to Earth at around 350mph (563kph). He sustained multiple injuries from his previous flights, before ultimately succumbing to his dangerous hobby on Saturday.