AFGHANISTAN: Ground Zero for the Economic War Between the U.S. vs. China & Russia

As geopolitics never gets boring, Washington will now, 20 years after entering the country, try and use an agreement with the Taliban to scupper the regional plans of Kabul, Moscow and Beijing as well as to justify its continued existence in the country. 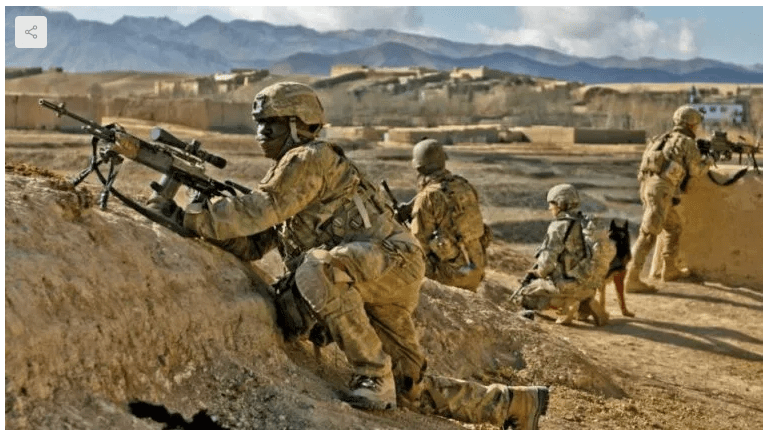 The central government in Kabul has in recent years granted a leading role to Moscow and Beijing in efforts to pacify the country by bringing all parties to the negotiating table. A successful outcome would allow Afghanistan to reap the benefits of its geographical position vis-a-vis Sino-Russian infrastructure projects.

The entry into Afghanistan’s dynamics of China’s economic power and Russia’s military weight promises to spark a multipolar revolution in the country and beyond that would spread to neighbors like India, Pakistan and Iran.

Moscow had even initiated historical negotiations with Taliban representatives, culminating in a visit to Moscow. U.S. sources at the time voiced doubts about the success of any peace plan and tensions between the U.S. and Iran were high, with sanctions imposed on Iran and pressure placed on U.S. allies in the region like India to boycott Iranian oil.

Moscow and Beijing must have seen it as opportune to renew extended talks on Afghanistan that included regional countries but excluded the U.S.

Washington’s countermove took place shortly thereafter, calling into service the Taliban, an old geopolitical tool of theirs. This faction of Afghan politics served as a handy expedient to justify Washington’s initial invasion of Afghanistan and will now be employed to obviate Washington’s exclusion from any peace accords.

The CIA wielded the Taliban as a weapon against the USSR, arming and supporting it since the 1980s. The blowback from this strategy came 20 years later with the terrorist attacks of September 11, 2001 that was carried out by al Qaeda with the Taliban regime in Afghanistan giving them aid and comfort, or so the State Department has officially been telling us.

As geopolitics never gets boring, Washington will now, 20 years after entering the country, try and use an agreement with the Taliban to scupper the regional plans of Kabul, Moscow and Beijing as well as to justify its continued existence in the country.

The Taliban (influenced by the Muslim Brotherhood, whose military strength lies in Turkey and economic strength in Qatar) entering into negotiations with the U.S. means betraying its initial determination to remove any foreign presence in Afghanistan. But this has not stopped it from unofficially negotiating with Washington in Qatar for more than a year.

Washington’s primary goal is to remain in the country militarily in order to position itself in what is a geopolitically strategic location, the intention always being to slow down the integration and economic union of Eurasia, in the knowledge that Afghanistan is a central pivot both for China’s Belt and Road Initiative and Russia’s North-South corridor to connect Moscow and New Delhi. Afghanistan is also the gateway and intersection between North Africa, the Middle East, the Persian Gulf and South Asia.

It is therefore not surprising that Afghanistan is a country that attracts great-power competition involving the likes of the U.S., Russia, India and China.

Washington’s deal with the Taliban may be based on the avowed need to fight against the terrorist threat posed by ISIS. We must pause for a moment to point out that the presence of ISIS in Afghanistan is quite recent, leading to all sorts of questions as to how they came to be there in the first place and of what assistance they may have received from foreign intelligence agencies in getting there. ISIS in Iraq and Syria has been used by foreign powers opposed to the central government in Damascus as a bludgeon with which to devastate the country.

It seems the same modus operandi will be applied to Afghanistan, with the putative struggle between ISIS and the Taliban serving as the perfect blessing for this strange marriage of convenience between the U.S. and the Taliban and a justification for a continued presence by the U.S. in Afghanistan.

Washington’s continued presence will not only destabilize Afghanistan but also neighboring countries like Pakistan and India that have suffered from the consequences of U.S. military occupation in the region for 17 years.

Washington’s agreement with the Taliban will only further cement the role of the U.S. in the valiant fight against international terrorism, reflecting similar roles played by Saudi Arabia and Turkey in Yemen and Syria respectively, the former a U.S. ally and the latter a prominent NATO member.

The aim of China, Russia and Iran is to drive the U.S. out of the Middle East and Eurasia and thereby bring about peace, stability and prosperity to the region. Afghanistan and Iran are two countries critical in the expansion of the Belt and Road Initiative and all that it entails for Western Asia. The possibility of expelling Washington from the heart of Eurasia is an opportunity that Russia and China cannot afford to waste.