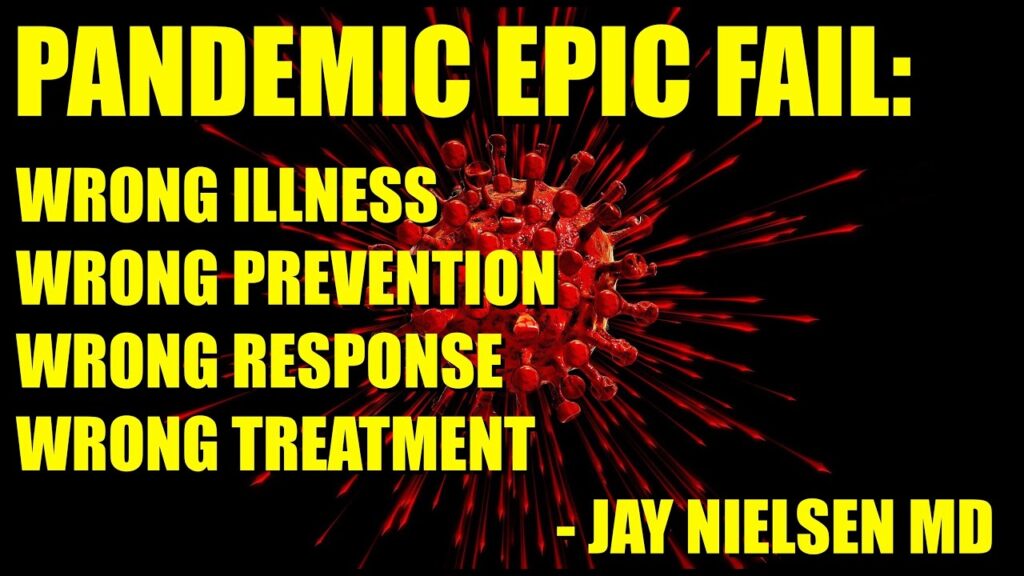 … from their woefully failing Covid Plandemic
scheme to vaccinate every person on the planet.

Quite unfortunately for humanity, “there is no greater distraction than World War.”

Therefore, the world community of nations now has a HUGE PROBLEM.

Given all the sabre-rattling by the Ukraine, by NATO, by the United States and United Kingdom, by the Intermarium countries, as well as by other client states within the Zio-Anglo-American Axis, it’s certain that the European geopolitical chessboard is being painstakingly set up for a major regional war as a lead-up to World War III.

Clearly, the Zionist warmongers have been using every ZOG-controlled nation in Europe to commit to all-out war or else be ruined by the Central Banking Cartel.  Turkey’s cataclysmic monetary meltdown and ongoing financial collapse is being deliberately staged for this very reason.

The naked financial terrorism aimed at the Turkish lira is being perpetrated simultaneously with the many multifarious aggressions carried out by the Western powers throughout the Intermarium (see map below).  What more coercive threat could be issued to every nation on the European battleground than a real-time controlled demolition of a nation the size of Turkey?!

In view of these highly consequential developments in Eastern Europe, all concerned parties ought to be acutely aware of the following stark reality:

If there’s a World War III,
it will start in the Ukraine! 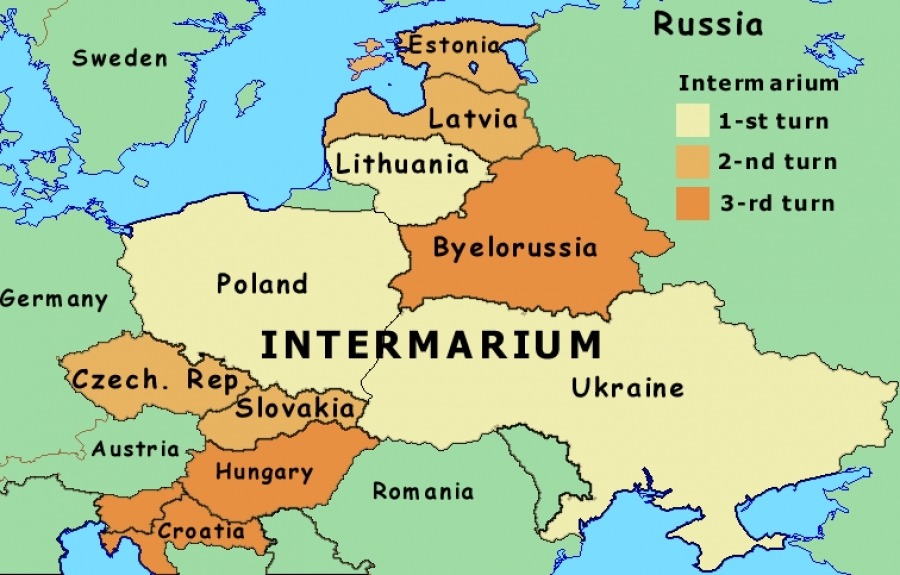 What’s most telling about the stealthy evolution of this fundamentally Zio-Anglo-American war-making enterprise are the many similarities this WW3 buildup has to those of the First and Second World Wars.  Both of those engineered global conflicts saw Germany and Russia purposefully set up to fight each other so that these two natural allies would never form a political, military and/or economic alliance. See: STRATFOR Chief Reveals Zio-Anglo-American Plot For World Domination

The Ukraine (formerly known as Khazaria) is the ancestral home of today’s rabidly Zionist tribe that’s hell-bent on plunging the entire planetary civilization into world war as a means of executing their Ordo ab Chao strategy toward total world domination via the establishment of a One World Government.

The historical record is clear that the formation of the Khazarian Mafia* was a reaction to the animosities that have existed over many centuries between the Rus (original Russian peoples) and the Khazars who eventually became the Ashkenazi Jewry who migrated to Eastern and Central Europe before subsequent diasporas took them to the main commercial and banking centers of Western Europe.

KEY POINT: The central organizing principle of the Khazarian Mafia (KM) has always been to completely conquer all of Russia in order to control the largest land mass on Earth, predaciously exploit its vast natural resources, and brutally subjugate its populace to slavery standards just as they did during their 75 years of communist tyranny in the Soviet Union.  However, the Khazarian Mafia has much greater global designs than this as the American people are now experiencing firsthand. See: The Hidden History of the Incredibly Evil Khazarian Mafia

The current tribe of international banksters descended from the gold merchants and diamond dealers, moneychangers and moneylenders who lived in the various Ashkenazi Jewish communities from Western Russia (especially Ukraine), to Poland, to Germany.  The generations of Rothschild banksters represent only one of several Khazarian banking families; and one which eventually became the banker to kings and queens, presidents and prime ministers, popes and cardinals.

Because war is — BY FAR — the most profitable of all enterprises, particularly when the banksters and war profiteers are funding both sides of an armed conflict, the Western banking class made it the very centerpiece of their global investment strategy.  For this and other significant reasons, the Khazarian banksters have been directly responsible for starting every single major war on the planet since the colonization of the New World by European discoverers.

Of course, what goes around comes around.  No one — not even the seemingly all-powerful Khazarian banksters — can escape from the jaws of karma.  When that warmongering destiny catches up with them, it will likely be fast and furious.  After all, Khazaria (now Ukraine) was the “original terrorist nation-state” during its heyday; where pillaging, plundering and raping its neighbors was the national occupation.

The perilously evolving events in the Ukraine now convey a dramatic uptick in momentum towards war.  Because of what’s truly at stake for much of Europe, Russia, the Middle East, and other prominently configured nations in Western Asia, any war will likely involve in the entire extremely volatile region.

Just like World Wars 1 and 2, nation has been pit against nation in so many cunning ways by the banksters during this cold phase of the coming war.  In point of fact, the despotic government of the European Union has been manufacturing conflict, chaos and confusion with great calculation over several years for this very moment.

KEY POINT: The planned WW3 is why Azerbaijan was recently goaded into an unprovoked war of naked aggression against Armenia.  That 2020 Nagorno-Karabakh conflict was instigated and supported by Israel, Turkey and United States while Armenia has a defense pact with Russia.  This highly geostrategic location represents just one of several pieces on the fast-moving geopolitical chessboard in the Caucasus region between Asia and Europe

Russia, in particular, is facing nothing less than dire existential threats from the bellicose posturing of virtually all of the Western military powers.  NATO (aka North Atlantic Terrorist Organization) has been especially warlike toward the Russian Federation with their many provocative statements, and combative movements throughout the Intermarium. See: West could make big profits by breaking up Russia – former top diplomat

Russia’s primary concern is the dangerous developments in the Ukraine toward the total militarization west of Donbas.  The brutal treatment of the Russian-speaking majority who live in Donbas has always been Moscow’s main reason for troop and armament build-ups on their Ukraine border.  In what other way can those innocent civilians be protected from unjustified invasions ordered by Kiev except through Russian intervention?!

Given this rapidly unfolding state of affairs, one thing is clear: Russia will do whatever is necessary to prevent a massacre of Russian speakers.  Conversely, Ukraine President Volodymyr Zelensky will slavishly carry out any orders issued by his NWO globalist masters.  Inasmuch as the USA is arming, and funding much of the militarization of, the Eastern Ukraine, POTUS Imposter Biden gets to tell Zelensky what to do.  And Zionist puppet Zelensky seems content to implement that warmongering agenda irrespective of triggering a full-blown Third World War.

All of the geopolitical moves and military maneuvers being made daily on the Intermarium battlefield are intentionally pushing the world community of nations to war.  The more spontaneous riots and violent protests that occur around the globe against the emerging Covid tyranny, the more reason the power elite has to push the button in the Ukraine.  (Curiously, most of the nations that fall within the Zio-Anglo-American Axis now have a very precarious false sense of security that the war will be contained in the Donbas only.)

Russia’s entire eastern border, with the exception of Belarus, has been heavily militarized by NATO and U.S. Military.  Reckless talk of deploying nuclear weapons by various governments within the Intermarium have only added LOTs of fuel to this fire.  The West seems so determined to start WW3 in Ukraine as a means of marching right to Moscow that it may be just a matter of when at this point, not if.  By their unending prosecution of the Great Game (a euphemism for waging constant war against Russia mostly by proxy), the Zionist Neocons have proven they will accept nothing less than the acquisition of the entire Russian Motherland.

Whenever hardcore Russophobe Victoria Nuland is employed by the US State Department as she is today as the Under Secretary of State for Political Affairs, that means war…especially for Russia.  Nuland brazenly led the process that saw hostilities commence the Ukraine Civil War (aka known as the War in Donbas) in April of 2014.  She and her husband — Robert Kagan — are Zionist Neocon warmongers of the highest order and dangerous to the extreme where it concerns the global order.

Surely, Nuland was strategically placed in her current position to provide the NWO globalists with a surefire way of triggering war with Russia once the Covid Plandemic really starts to unravel as it will in 2022.  As for what that war may look like, the following video presents one possible scenario should it escalate into a full-scale shooting match.

Bottom Line: When the cubs of a mama bear are continuously threatened as the Russian people have been for years, once the hot phase of war begins, the Kremlin will go ballistic…perhaps even intercontinental ballistic in order to forestall any sneak attack launched from the American tactical nuclear arsenal.  Otherwise, Russia risks being harassed and intimidated for the rest of the millennium by Ukraine, the Baltic States, NATO and other inveterate warmongers within the Zio-Anglo-American Axis.  By the way, Vladimir Putin is the Mama Bear, and he’s not fooling around anymore. (See: Vladimir Putin warns NATO ‘everyone will be turned to radioactive ash’ over Ukraine moves)

Regardless of whether the NWO Covid criminals start WW3 as a HUGE distraction, the power elite is well aware that their desperate Plandemic only gets more difficult by the day to effectively cover up.  Therefore, they do have other diversionary tactics to employ once a critical mass of people starts lighting their torches and grabbing their pitchforks.  In some Covid-tyrannized countries, the angriest citizens are even picking up rocks. See: This is what an anti-Covid tyranny protest in Argentina looks like (Video)

After all, never in human history will citizenries on every continent come to know the sheer depth and breadth of the Covid-related betrayal by their treasonous governments.  Furthermore, the Internet has given people everywhere the unprecedented capability to deeply research OPERATION COVID-19 and thoroughly investigate the Covid Super Vaccination Agenda to the degree that many of The Powers That Be have been irreversibly exposed.  Hence, their ensuing fear is what will drive their most self-preserving decisions during 2022. See: 2022: The Controlled Demolition of Everything

SOTN Editor’s Note: This crucial analysis by no means precludes the distinct possibility that the rogue nation of Israel will launch a series of sneak attacks on Iran’s nuclear facilities in 2022.  Such an unprovoked attack of naked aggression by Zionist Israel is much more likely to occur should Russia or the West start a war in Ukraine.  It could even be postulated that an armed conflict in the eastern Ukraine is being surreptitiously engineered by ZOG-dominated NATO so that Israel can take advantage of the ensuing chaos to invade Iran.  The fog of war, no matter where it breaks out, is often used by the NWO geopolitical strategists and war-profiteering banksters to execute their globalism-advancing schemes elsewhere in the world.  Hence, if a regional war is provoked in Donbas, it will have been initiated by the inveterate warmongers in Tel Aviv.  Which is how Israel always aims to kill two birds with one stone!

Both the Globalists and Putin have already determined WAR in Ukraine is inevitable. But will it go nuclear before triggering WW3?