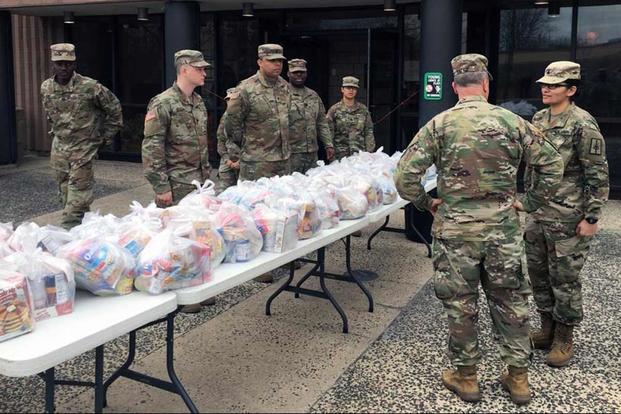 National Guard troops federalized by President Donald Trump in the three states hit hardest by the coronavirus — New York, California and Washington state — will take no part in enforcing quarantines or shelter-in-place orders, the chief of the National Guard Bureau said Sunday.

Air Force Gen. Joseph Lengyel said the troops could be used for a range of missions, including guarding shipments and offloading of food and supplies, or possibly responding to disturbances under the supervision of local law enforcement. But they would remain under the control of the states’ governors, he said.

He said there was no truth to rumors spreading on the internet that National Guard troops would be used to keep residents in their homes.

In contacts with all of the governors, “none of them have talked about quarantine operations,” Lengyel said.

He stressed that the troops “won’t be given mission sets where they don’t have protective equipment,” but he also echoed the concerns of the governors that masks and other gear were in short supply.

In a late Sunday telephone conference with defense reporters, Lengyel said he did not expect that any of the troops would come into direct contact with patients infected by coronavirus, but “that remains to be seen” as the virus continues to spread exponentially.

Earlier, at a White House news conference, Trump said that he was activating the National Guard for New York, California and Washington state, and similar action was being considered for other states.”

He did not have any immediate projections for how many National Guard troops would be federalized, but described the activations as no different from when they are called up for hurricanes or other natural disasters.

As of Sunday morning, at least 7,300 National Guard members had been deployed to fight the virus in all 50 states.

Lengyel said another 30,000 National Guard troops currently are deployed to the U.S. Central Command and Indo-Pacific Command regions, but none of those troops would be diverted to states to combat coronavirus.

— Richard Sisk can be reached at Richard.Sisk@Military.com.