Is this the recovery plan? Smartphone Tracking & Mandatory Vaccines 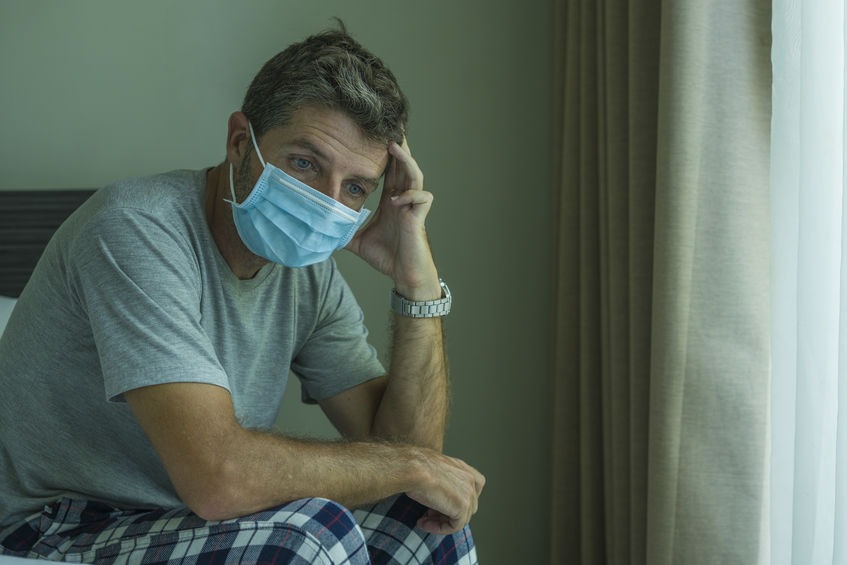 As the world, and the United States, waits anxiously for news of when the outbreak and lockdown will end, two new plans outline requirements that will significantly impact our already suspended civil liberties.

An important article published in STAT titled, “Two new road maps lay out possible paths to end coronavirus lockdowns,” reveals two plans for re-opening our country, one which offers no definite timeline, and the second indicating the soonest would be June:

“The first, from Ezekiel Emanuel, a health policy expert and vice-provost of the University of Pennsylvania, suggests lockdowns could ease up in June. The second, from former Food and Drug Administration commissioner Scott Gottlieb and colleagues, doesn’t set a date, but rather outlines the evidence that communities would need to begin lifting some of the more draconian restrictions.”

Ezerkiel Emanuel is vice provost of global initiatives and a professor at the University of Pennsylvania. Emanuel’s opinion on how to “stop the virus” is:

“A nationwide shelter-in-place or quarantine should take place for the next eight to 10 weeks. According to Chinese data, this would mean the number of Covid-19 cases would peak in four weeks or so and then decline over the next four to six weeks. So, as hard as it would be, everybody but essential workers would have to remain inside until roughly June 1st.”

Included in his suggestions are the following remedies, predicated as they are on surveillance of the entire population and an egregious violation of privacy:

Emanuel estimated that if these, and additional steps are taken the earliest the national lockdown could lift is by June.  The timeline suggested by Emmanuel agrees with statements Trump delivered yesterday (3/30/20), wherein he said that he believed cases of COVID-19 would peak by Easter, and that a recovery would begin in June.

Gotleib’s Plan With Plenty of Conditions, But No Definite Timeline

The second, 20-page plan was devised by Scott Gotleib who is a former commissioner of the FDA, and actively sits on the board of Pfizer; Gotleib, along with several co-authors, including Caitlin Rivers, an assistant professor of epidemiology at the Johns Hopkins Center for Health Security, envisions four phases for re-opening the country.

Phase 1: the current situation, in which the outbreak is growing.

Phase 2: this phase begins when certain conditions are met — such as hospitals being able to handle the influx of new incoming cases, and new cases have dropped for at least 14 days. The report suggests that if containment erodes in specific counties or states, they would fall back to Phase 1 status.

Phase 3: the lifting of all restrictions would only occur when a vaccine and therapeutics are available, which Gottlieb estimates would take two years away for the vaccine, and sooner for medications (by summer).

Phase 4: would involve building the country’s capacity to respond to the next biological threat.

Gottleib’s plan like  also suggests utilizing highly invasive surveillance of the population via the GPS functionality of cell phones:

“Massively Scale Contact Tracing and Isolation and Quarantine. When a new case of COVID-19 is diagnosed, the patient should be isolated either at home or in a hospital, depending on the level of care he or she requires. Current CDC guidelines recommend seven days of isolation.15 Home isolation can be enforced using technology such as GPS tracking on cell phone apps. Also, the close contacts of confirmed cases (as defined by the CDC16) should be quarantined and monitored daily for 14 days. Monitoring of international travelers is also recommended.”

Gottleib’s plan also calls for the development of a mass vaccination program in anticipation of the availability of a COVID-19 vaccine:

“Trigger for Switch Toward Mass Vaccination. Once availability of a vaccine or therapeutic is able to meet demand, vaccination can expand beyond priority groups. The CDC, state public-health agencies, and vaccine developers should work together to plan for and execute mass vaccination of large populations in the US. This planning can begin before Phase III because preparation can be made regardless of vaccine availability.”

Gottleib’s plan offers no definitive timeline; rather, the prospect of the lifting of quarantines and socio-economic restrictions is pegged to whether or not people comply with its directives. In essence, the nation’s economy is being held hostage by a plan which would require the indefinite suspension of a number of civil liberties, and only a theoretical promise that a future vaccine and/or pharmaceutical combination would make a significant impact on the outbreak, before things are allowed to “go back to normal.” Given the immediate adverse impacts that social distancing, such as the closing of millions of businesses, has on the health and well-being of countless affected individuals, it is difficult to understand how these plans ignore other very real causes of mortality (see image below) — some of which are known to greatly increase due to the stress and socioeconomic impacts restrictions like these have.