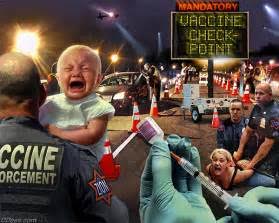 “Eventually what we’ll have to have are certificates of who is a recovered
person and who is a vaccinated person because you don’t want people
moving around the World without their certificate.”

“The whole aim of practical politics is to keep the populace alarmed and
hence clamoring to be led to safety by menacing it with an endless series
of hobgoblins, all of them imaginary”.

So far the American people have been compliant proles, not scratching too deep below the surface of information out there beyond the dire headlines, and quietly going along with the dismantling of our Constitution currently taking place while the traitors in the media cheer it on.

Americans don’t understand that ignorance, apathy, and inaction are viewed as weakness, division, and consent by our controllers who are clearly using this plannedemic to tie our freedoms to a new vaccine that will likely be mandatory.  The CEO of pharmaceutical giant Johnson and Johnson, Alex Gorsky appeared on NBC’s Today Show to announce that they are already working on a Coronavirus vaccine.

Gorsky said what would normally take 5 to 7 years, they will do in as many months and said they will start production of the vaccine before it has results of any studies. He believes they will have several hundred million doses ready by mid 2021. I guess, as usual, we’ll have to find out about the side effects the hard way, just be a good patriot and don’t ask too many questions!

He doesn’t mention if toxins found in other vaccines will be incorporated into his company’s new vaccine such as Thimerosal, a Mercury-based compound more toxic than Mercury alone, Formaldehyde, Aluminum adjuvants, cancer-causing Glyphosate, traces of antibiotics and heavy metals like Lead, Cadmium, and Nickle, cancer-causing food coloring and dyes, as well as cells from aborted human fetuses.

In 1986, the traitors in our Congress sent Ronald Reagan a Bill that he signed into law called the “National Childhood Vaccine Injury Safety Act” which sounds like a bill that would protect children but actually prohibits American citizens from suing vaccine makers for damages.  The Supreme Court upheld the law in a lawsuit decided in 2011.

In 1980, roughly 1 in 10,000 children were diagnosed with Autism; in 2018 the CDC put the number at 1 in 59. The numbers have gotten worse every year since the law protecting the vaccine makers was passed! That should make Americans angry and distrusting of these companies, yet more cities and states are mandating dangerous and little-tested vaccines which is not only unconstitutional but violates the Nuremberg Code. Where is the outrage?

Dr. Shiva Ayyadurai is an Indian-American who invented E-Mail as a teenager, is a Fulbright Scholar, holds 4 degrees from M.I.T. and has started 7 successful tech companies. He is also a candidate for a US Senate seat in Massachusetts. His company — Cytosolve Inc. — is discovering cures for major diseases as well as methods to prevent common ailments by validating ancient and traditional methods from India, China, and other ancient cultures.

Dr. Shiva recently sent President Trump a letter offering a plan to protect those who are most vulnerable to COVID-19 while allowing the country’s healthy workers to get back to work! Dr. Ayyadurai finished his doctoral work in M.I.T.’s Department of Biological Engineering.

He believes Dr. Fauci should be indicted for his handling of this crisis; maybe somebody should listen to him.  A recent interview with Dr. Shiva Ayyadurai is here:

In his letter to Trump he wrote:

“The current trajectory of Dr. Anthony Fauci’s public health policy will result in the short and long-term destruction of our citizen’s immune health as well as our nation’s economic health, perhaps a conscious and intended goal.  Dr. Fauci’s policy, at best, is an outdated 1950’s, one-size-fits-all, non-personalized approach to medicine and public health.  And, at worst, is uses ‘fake science’ of the immune system, one Dr. Fauci, over 5 decades has perpetuated and exploited to build his career. There is no reason to shut down our entire country and no reason to quarantine all of our citizens.””

Dr. Ayyadurai points out that vaccines require a very low level of testing and hurrying this vaccine through without proper testing would be how the majority of childhood vaccines are rolled out. Of the 30 childhood vaccines none of them has been placebo-control tested.

Denmark just announced that vaccines in that country will be mandated and given by force with police assistance if necessary, and CIA Whistleblower Edward Snowden recently cautioned that using surveillance to spy on citizens during this pandemic may continue long after the pandemic is over.

Former British Prime Minister and Globalist Shill Gordon Brown wrote an op-ed in the Financial Times a few days ago arguing to not let a good crisis go to waste and use the fear associated with the COVID-19 Virus to create a global financial government.

Many of the Deep State globalist traitors in our own government are pushing the same agenda to go along with their police state.  SES-connected Dr. Fauci, along with his long-time associated chief eugenicist, Bill Gates, sure looks like one of them. I don’t trust him!

While jails and prisons are releasing felons all across the country, mayors and governors are threatening to arrest law-abiding, tax-paying citizens for leaving their homes.

In Los Angeles, where tens of thousands of homeless people sleep, urinate, defecate in the streets and sidewalks, and commit petty crime without being hassled by the police, a dozen police officers descended on a home in a quiet residential neighborhood responding to a complaint that too many people were attending a one-year-old’s birthday party.

With globalists strategically positioned everywhere in this pandemic picture, just who is watching out for Americans who aren’t ready to give up their rights and the freedom to move about the country without having to prove they have taken Mr. Gate’s latest vaccine? What’s next: mandatory Vaccine Checkpoints—would you be okay with that? 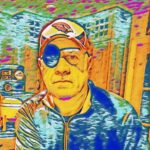