While the Left supported RUSSIAgate, the Right has embraced CHINAgate. 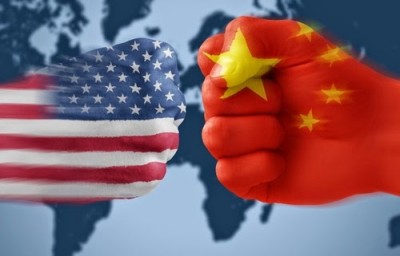 While Russiagate still simmers, Chinagate is coming to a boil — both highly politicized, nothing credible supporting them.

No evidence in modern memory suggests US election meddling by other countries.

If attempted, they’d accomplish nothing because of the US political system — a one-party state with two right wings.

On issues mattering most, there’s not a dime’s worth of difference between them, just the illusion of different agendas.

Both are hostile to democratic governance the way it should be.

They notably oppose world peace, stability, social justice, and the rule of law.

They’re hostile to virtually everything just societies hold dear — exploiting ordinary people at home and abroad to benefit privileged ones.

Trump is a congenital liar, why nothing he says should be taken at face value.

On Wednesday, he falsely accused China of “do(ing) anything they can” to help Joe Biden defeat him in November.

China bashing by him, hardliners surrounding him, and GOP congressional members are all about trying to falsely shift blame for failed Trump regime policies in dealing with COVID-19 and economic collapse onto Beijing.

“They have only one objective: to shirk their responsibility for their own poor epidemic prevention and control measures and divert public attention.”

He debunked phony claims about Chinese US election interference, saying:

“The US presidential election is an internal affair. We have no interest in interfering in it.”

“We hope the people of the US will not drag China into its election politics.”

He advised Beijing to “stay calm and avoid overreacting while trying to prevent (US moves for unacceptable COVID-19 reparations) from developing into a global trend.”

He “has shown no professionalism or responsibility whatsoever,” adding:

“Instead, he spreads a political virus of estrangement through falsehoods.”

“He has turned himself into an obstacle, setting back all humanity. One could say, he is an accomplice to the coronavirus.”

Interviewed by NBC News on Tuesday, Chinese Vice Foreign Minister Le Yucheng said “at this critical and trying moment, China and the US (should) put aside…differences…to confront our common enemy, the virus,” adding:

“(S)ome (US officials) have gravely politicized the COVID-19 issue.”

“China has been open, transparent and responsible in its COVID-19 response.”

“We did not cover up anything, and did not delay any efforts.”

“We have already publicized the time line of how we have shared the information on COVID-19.”

“Chinese government officials, the general public, and individual citizens are outraged as some US political figures are using COVID-19 to slander China” with their own aims and ambitions in mind.

“(A) Republican campaign memo goes so far as to advise the candidates to address COVID-19 issues by directly attacking China.”

“Such flagrant moves have taken political manipulation to a level beyond anyone’s imagination.”

The blame game is longstanding US policy, falsely accusing other nations and their leadership for its own high crimes and other hostile actions.

Both wings of the US war party treat all sovereign independent nations as strategic enemies, especially China, Russia and Iran.

On the concocted issue of demanding reparations from China for spreading COVID-19 infections, Le Yucheng called the scheme “a preposterous political farce,” adding:

“It has no legal basis. These is no international law that supports blaming a country simply for being the first to report a disease. Neither does history offer any such precedent.”

On Tuesday, Geng Shaung accused US politicians of “lying through their teeth” about China, while covering up their own failures.

That goes for Trump, hardliners surrounding him, and anti-China congressional members.

Geng: “We advise American politicians to reflect on their own problems and try their best to control the epidemic as soon as possible, instead of continuing to play tricks to deflect blame.”

Missouri’s lawsuit against China for damages is “absurd…(N)o factual or legal basis” supports it.

Is COVID-19 and its economic fallout a diabolical US scheme to demonize, isolate, and weaken China politically and economically.

It has clear earmarks of this objective, along with arranging a transfer of enormous wealth to US monied interests at the expense of public health and welfare, and the further erosion of fundamental rights and social justice.

Time and again, things aren’t as they seem. What’s going on may not be natural as widely reported.

It may be a diabolical US plot aimed at achieving the above objectives — a second 9/11.

The fullness of time will explain when more about what’s going on and what’s behind it is known.