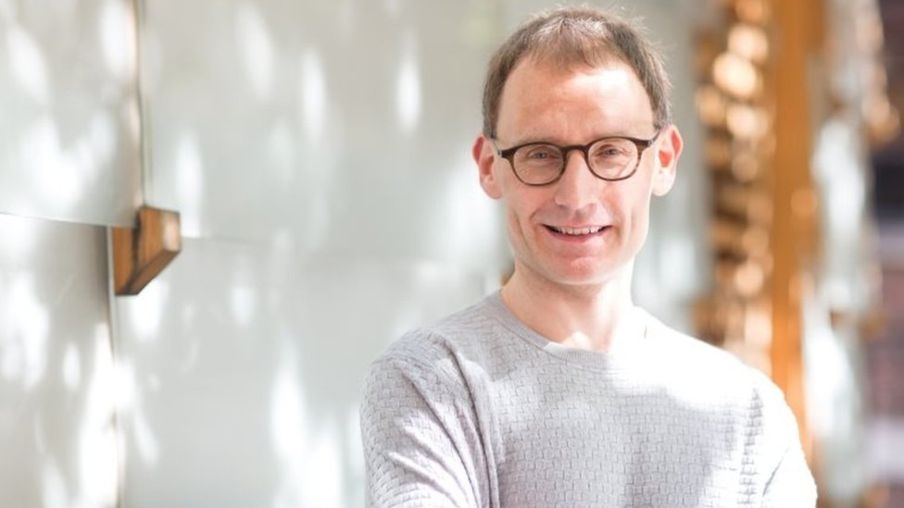 Prof Neil Ferguson has quit as a government adviser on coronavirus after admitting an “error of judgement”.

Prof Ferguson, whose advice to the prime minister led to the UK lockdown, said he regretted “undermining” the messages on social distancing.

The Telegraph reported that a woman he was said to be in a relationship with visited his home in lockdown.

Health Secretary Matt Hancock said it was “extraordinary” and that he “took the right decision to resign”.

He told Sky News that it was “just not possible” for Prof Ferguson to continue advising the government.

Mr Hancock said the social distancing rules “are there for everyone” and are “deadly serious”.

Scotland Yard said Prof Ferguson’s behaviour was “plainly disappointing” but officers “do not intend to take any further action”.

No 10 said the prime minister agreed with his decision to resign but Prof Ferguson was not told to do so and made the decision himself.

“Social distancing regulations are there for a very clear purpose,” the prime minister’s spokesman added.

This led Prime Minister Boris Johnson to announce on 23 March that he was imposing widespread curbs on daily life aimed at stopping the spread of the virus.

Under those measures people were told to go out as little as possible, with partners who live separately later being told they should “ideally” stay in their own homes.

In a statement, Prof Ferguson said: “I accept I made an error of judgement and took the wrong course of action.

“I have therefore stepped back from my involvement in Sage (Scientific Advisory Group for Emergencies).

“I acted in the belief that I was immune, having tested positive for coronavirus and completely isolated myself for almost two weeks after developing symptoms.

“I deeply regret any undermining of the clear messages around the continued need for social distancing.”

He also called the government advice on social distancing “unequivocal”, adding that it was there “to protect all of us”.

The Telegraph reported that Antonia Staats visited his home on at least two occasions during the lockdown.

Despite Prof Ferguson’s comments, it is currently unclear whether people who have recovered from the virus will be immune or able to catch it again.

BBC medical correspondent Fergus Walsh said “Neil Ferguson will know the science is very much developing” on immunity – and the government was not advising people to carry on as normal if they had already had the disease.

Our correspondent added that Prof Ferguson’s resignation was “a really big deal”, calling him “the most influential scientist” in the virus outbreak apart from the UK’s chief medical adviser, Prof Chris Whitty, and chief scientific adviser Sir Patrick Vallance.

However, Sir Robert Lechler, president of the Academy of Medical Sciences, said he did not think Prof Ferguson’s resignation would “have any material impact” on the work of Sage, which is advising the government on the pandemic.

He told the BBC that Prof Ferguson had made “an important contribution” but he was sure the group would “continue to provide valuable input”.

It comes after the number of people who have died with coronavirus in the UK reached 29,427 on Tuesday – the highest number of virus deaths in Europe.

However, figures from the Office for National Statistics – which includes deaths where the virus is suspected, not just where tests have been carried out – brings the total number to more than 32,000.

Challenged during Prime Minister’s Questions over how the UK’s death toll had become so high, Mr Johnson said every death was “a tragedy”.

However, he said the data was not yet available to draw conclusions on international comparisons.

He added that “there will of course be a time to look at what decisions we took and whether we could have taken different decisions” but “what the people of this country want us to do now is to suppress the disease… and begin the work of getting our country’s economy back on its feet”.

A further 331 deaths were announced in England on Wednesday, along with 21 more in Wales and another 14 in Northern Ireland.

The latest UK-wide figures – which use a different timeframe to those of individual nations – will be published later.

Meanwhile, the weekly coronavirus death toll in Scotland has fallen for the first time, according to figures from the National Records of Scotland.

Prof Ferguson’s resignation comes a month after Scotland’s chief medical officer, Dr Catherine Calderwood, quit when it was revealed she had broken lockdown rules by making two trips to her second home.

Scottish National Party MP Philippa Whitford told BBC Newsnight that both cases were examples of telling the public “to do something really difficult but it’s as if it doesn’t count for you”.

Labour leader Sir Keir Starmer said he believed it was right that Prof Ferguson had resigned.

“We all have a role to play in the fight against the virus,” Sir Keir’s spokesman said. “That means taking responsibility and following the official advice.”

Prof Neil Ferguson is one of the world’s most influential disease modellers.

He is director of the MRC Centre for Global Infectious Disease Analysis.

The centre’s mathematical predictions advise governments and the World Health Organization on outbreaks from Ebola in West Africa to the current pandemic.

It was that group’s work, in early January, that alerted the world to the threat of coronavirus.

It showed hundreds if not thousands of people were likely to have been infected in Wuhan, at a time when Chinese officials said there were only a few dozen cases.

But he shot to public attention as “Professor Lockdown”.

In mid-March, the maths showed the UK needed to change course or a quarter of a million people would die in a “catastrophic epidemic”.

Those calculations helped transform government policy and all lives.

Conservative MP Sir John Redwood suggested the circumstances behind Prof Ferguson’s resignation would not matter to the public.

“What matters to the nation is are we getting the right advice and how do we get through this dreadful crisis?” he said.

Prof Ferguson led Imperial College London’s Covid-19 response team. He has carried out mathematical modelling to provide information on outbreaks including foot-and-mouth in 2001, bird flu in 2006 and swine flu in 2009.

A statement from the university said Prof Ferguson “continues to focus on his important research”.