WAR OF THE TITANS Breaks Out In The Open—BIG TIME ! ! !

…for the Highest Power in Heaven and on Earth
is quite purposefully using Trump to bust DeSantis
upside the head with a four by four, while using
DeSantis to casually poke Trump in the eye. 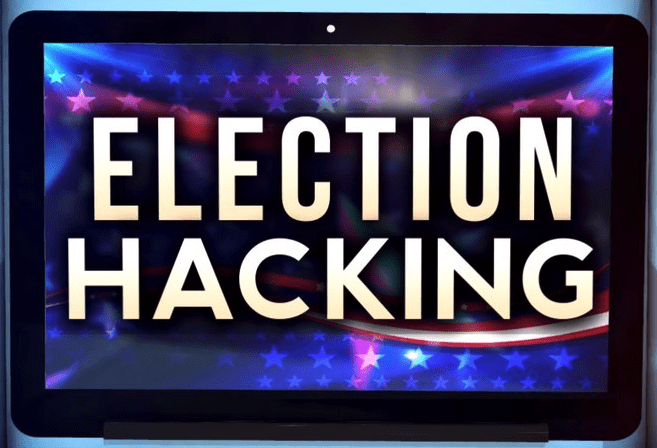 BOTTOM LINE for Governor Ron DeSantis:
The most practical point here is that, given the profound and pervasive damage
that DeSantis has already inflicted on the New World Order agenda in Florida,
nationwide and worldwide, a POTUS election victory, were he to run in 2024,
would be undoubtedly stolen from him…just as they would steal it again from
Trump.

HOWEVER, that does not mean that DeSantis cannot conduct the
greatest Democrat-bashing, truth-telling, paradigm-busting POTUS
campaign in U.S. political history.

In this best of all scenarios, DeSantis would keep his high office in Tallahassee
while using the entire campaign season to utterly destroy the communist-
controlled Democrat Party’s cultural marxist agenda as well as expose their
multi-decade treasonous crime spree across the USA.

Having no expectation whatsoever of winning on Election Day 2024, DeSantis
would be free to educate, edify and enlighten the American people about the
most radioactive matters and highly charged issues which are NEVER discussed
during a POTUS election cycle.

DeSantis could also lay bare the Democrat’s biennial election-stealing crime
syndicate as he has just done in Florida throughout the midterms.  Only in
this way can the sovereignty of the American Republic be re-established; for
where this is no election integrity, there is no democracy, no constitutional
republic and no real nation as it was conceived by the Founding Fathers.

BOTTOM LINE for President Donald Trump:
Trump needs to realize sooner than later that he has irreparably destroyed his
brand … but that he still has a HUGE audience.  He has lost way too many
Independents and vax-injured Republicans to ever win any election again.
Trump’s many recent irrational outbursts against DeSantis reveal his
accelerating dementia so the best thing he can do where it concerns Ron
DeSantis is STFU.

However, if Trump must speak his piece in the Internet’s public square, he
ought to align with DeSantis in any and every way possible.  For were those
two truth-talking powerhouses to coalesce around a unified 2024 campaign
platform, they would shake the foundation of this nation to its core such that
Deep State would be knocked down for good.

Between Trump’s wrecking ball and DeSantis’ battering ram, the whole place
would undergo a much needed controlled demolition.  Therefore, either
Trump get’s with the program pronto and collaborates with DeSantis, or he…
sits down and STFU.

DeSantis needs to get the correct message (from the Universe) being delivered by Trump—FAST!.

And Trump needs to get the right message being delivered by DeSantis, and then quickly and appropriately respond to it by his actions.

Were they to join forces in this manner, they could swiftly get rid of the traitorous RINO
leadership of McConnell, McCarthy and McDaniel.  That must be done—YESTERDAY!

CAVEAT: This proposal, by no means, is suggesting that DeSantis and Trump run on the same 2024 ticket.  Rather, it is recommending that Trump works with DeSantis is every possible way to overturn the NWO globalist order that is killing this Republic daily.  Neither of them could ever win a POTUS election, so they should work together closely to permanently wreck and ruin the Democrat Party, their perfidious plans and emerging tyranny.  In so doing they would also expose the treacherous RINOs who only enable the Democrats to collapse this Republic.

Is there any other wrecking ball (The Donald) and battering ram (The Ronald) who could get the job done like this unrivaled two-man wrecking crew?!

SOTN Editor’s Note: This Alt Media platform was the first to advance the political reality that the ONLY reason why Donald Trump was allowed to win 2016 was because of his sworn fealty to the Apartheid State if Israel.  As a matter of historical fact, his true slogan based on his presidential actions should have been MIGA, not MAGA.  However, Trump’s main mission was to be a wrecking ball, which he undertook with great effect.  In fact, MISSION ACCOMPLISHED … and we don’t care that he was MIGA more than MAGA. (Folks who read SOTN know that there’s not another site on the net that tears into the Tel Aviv-domiciled Khazarian Cabal as this site does.)

Now we have another Israel lover in the politician of Ron DeSantis.  However, because of the Florida governor’s official actions over nearly 4 years, he has proven himself to be an unequaled MAGA battering ram.  We will be VERY surprised if the NWO globalist cabal permit him to get anywhere close to a 2024 POTUS candidacy declaration. If they do, it will be for the purpose of further deeply dividing the American body politic to the degree that it might trigger a spontaneous free-fall collapse.  In the wake of the exceedingly divisive Covid psyop, we as a nation are already very close to that breakpoint, especially after the Democrats just stole every election in sight—AGAIN!!!