Was Kari Lake stealthily set up to be the “Donald Trump” of the 2022 election cycle…BY THE DEMOCRATS?

THE DEMOCRAT’S DECOY ELECTION
THEFT STRATEGY WORKS LIKE A
CHARM EVERY TIME. 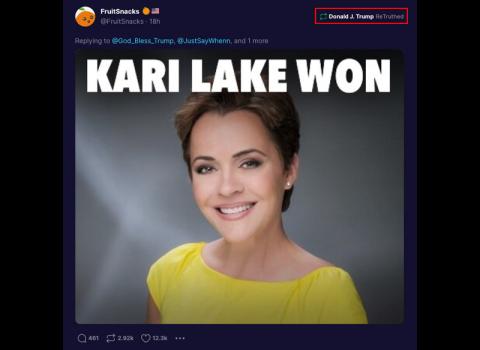 Hopefully the Right sees right through the Democrat Party’s extremely shrewd election stealing stratagem.  There ought to be no question whatsoever that the entire melodramatic build-up of “the great electoral clash between Kari Lake and Katie Hobbs” is a CIA-written script right out of Hollywood.  And you know who completely owns and operates Hollywood … from its very beginning.  Let’s face it: no one does drama like the Khazarian Klan—NO ONE!!!  They set this thing up in Arizona, and especially in Maricopa County, just like they did during the 2020 election cycle.  It’s kinda like 2020 was choreographed as “The Rumble in the Jungle”, whereas 2022 was staged as the “The Thrilla in Manila”.  Both of these mega-dramas were so captivating that the whole world was completely drawn into those ballot competitions WITH HIGHLY PURPOSEFUL AND MALEVOLENT DESIGN.